I tried, I really did, to write something interesting and insightful about game design today – but I just can’t do it. We’re launching a Kickstarter tomorrow that’s going to have a huge impact on my career as a games designer. If things go well then we’ll keep making games and I’ll immediately get to start working on the next one, perhaps the several next ones. If it goes poorly then 3DTotal is likely to make the sensible economic decision to get out of the game making business and I’ll be out of a job. Hopefully I’d exploit other options I have to design more games, but it’d be a major step backwards in terms of the resources that I could leverage to keep building games.

The point is that I’m really not having a lot of success thinking about anything else, so if you’ve enjoyed my thoughts on game design then I’d ask you to please bear with me for just this week while I talk about something that’s important to me. Next week will be business as usual.

Firstly the pitch: Wizard’s Academy is a cooperative game for 2-6 players about being apprentices who don’t know anything about magic and trying to save the day using spells they don’t understand. Each game your selection of spells is randomised and hidden from you, meaning that you initially have no idea what the result of your actions will be. As the game progresses you become more knowledgeable about your capabilities, but the number of problems (fires, trolls, demons etc.) has also increased as you’ve blindly cast spells that made the situation worse.

There are a number of things in this game that I’m proud of, the level of interactions between different components in the game creates a large space for emergent situations. Generally I get bored of playtesting a game after the hundredth test, even if it’s a good game, but with this one I’m still finding new things to see in watching groups play even at this late stage.

I’m also really happy about the sort of group dynamic it seems to generate. Players can have a large number of options (In the late game a player might have access to 28 spells and a dozen room actions on their turn) and there are a number of tasks that as a psychologist I know act as interference for short term memory (used in planning) so it’s rare for a single player to be able to always see the optimal move. I’ve observed very few “alpha player” scenarios compared to other coops and it’s far more common for a player to come out of left field with “Wait, I’ve had an idea…” which is always a brilliant moment in coop games. 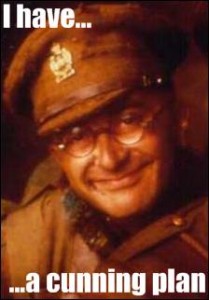 Personally, the whole thing has me very nervous though. I genuinely feel that this game might be the best thing I’ve ever created, when viewed as part of it’s class. I can’t honestly say that my feelings about it are stronger than walking into my viva – my doctoral thesis was more work and felt more rewarding to complete, but viewed on the scale of other
doctoral theses I think that it was probably pretty average (In so much as that concept applies to trying to push the bounds of human knowledge). However I think that compared to other games Wizard’s Academy is distinctly above average and so emotionally feels to me like the best work I’ve done in this lifetime.

It’s hard to express the enormity of how that thought hits me. I don’t expect to fail on the gameplay, I’ve now heard back from all seven reviewers and know that six of them liked it, two of which absolutely loved it. I think that the design and gameplay are solid – but I can imagine failing on marketing or publishing. I’m working with an experienced art publisher, but we’re still learning lessons about production and logistics for board games as we go. I’m trying to take part in interviews and guest posts and all sorts, but I don’t know how much of a difference it makes and won’t until launch. 3DTotal owns the IP for any games I create while working for them, so if I don’t make it with them it may never see the light of day at all. It seems contradictory to be proud of something and also worry that it might fail spectacularly, surely if it’s worth being proud of then it won’t fail, but I feel torn by it anyway.

When I got started in this game design thing I read voraciously, every game designer diary or advice column that I could lay my hands on I read for as far back as it went. These days I have a few favourites and read every update, but don’t allocate quite so much time to it. Still, I must have read hundreds of thousands of words on design now and I’m not sure I can remember anyone really talking about the subjective feeling of what it is to be at this moment.

Heh, so I guess I’ve come full circle and failed to write a piece advertising my game in favour of trying to offer something meaningful as design advice – but don’t underestimate this. I saw a lot of advice last time around about prepping Kickstarter updates and similar in advance due to lack of time while the campaign was running – which never really felt applicable. There are enough hours in the day to write live if you’re not trying to run a KS while also working full time on something else. I think a greater part of the preparation is to avoid writing things that are important while heightened in a way that might interfere with your capacity to communicate clearly and in order to have the comfort of having a toolbox of responses and updates to fall back on once the chaos begins.

Also nobody is really alone in this. I know that at least one of my regular readers is running a campaign right now that they’re fretting about (Don’t worry, you hit you’re storming it, funding is basically guaranteed at this point) and you can see glimpses of how people are affected as people by the things that we do (Consider various writings on how to deal with backers cancelling pledges and what they hint about the impact on the person behind the advice). These are normal “two days to go” jitters, but it’s good to be prepared for them and still to be doing as much as possible to prep the campaign.

So I guess the takeaway message is to be prepared for how you’ll feel during your last minute preparation. Preparation preparation if you will 😉

If you enjoy this blog and reckon that a game based on the design principles that I usually espouse (when not talking about this wishy washy stuff) would be loads of fun then please check out the campaign. It should be live from 5pm GMT tomorrow, but the preview link will work well. If you want to help out but are short on cash, then just show it to anyone who you reckon would have a good time with it. Thanks for abiding my diversion, back to regular game design analysis and advice next week.