Most games don’t care very much about who you are outside of the context of the game. We’ll not be talking about those games today. Today is all about games that ask “Who are you?” 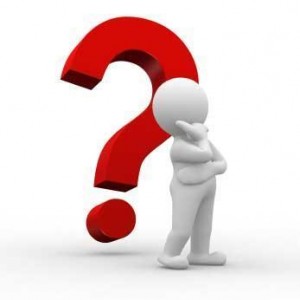 A lot of games do this in a pretty trivial way. It’s practically a tradition that games offer some daft methodology for deciding who goes first based on some irrelevant factor from who you are outside of the game: Pointiest ears, longest beard, most recently got sick … whatever.

This is maybe good for a giggle, but doesn’t serve any deeper purpose than getting the game going. Realising “get the game going” was the important part I came up with “The first player to ask who goes first goes first” which I’m pretty pleased with. But it doesn’t do anything with identity.

The “first player” mechanic can be corrupted though. The famous (or infamous depending on how you see it) Train used the mechanic “The least trustworthy player goes first”. Given that half way through the game it will be revealed that the player’s are moving Jews to concentration camps this is less a “facilitating who goes first” so much as it is “foreshadowing”. Especially the weird pride people can take in a good betrayal and how whatever they say in order to obtain that “first turn” might retrospectively sound in context of the game’s reveal.

Dog eat Dog takes a more direct approach with “Richest player is the colonialist”. I understand that an unwillingness to talk about money, income, savings etc. is a trait that’s exaggerated in England, but that’s still shared a lot in the world at large. At the very least it seems wrong to remind your friends that you’re richer than they are in order to get an advantage in a game. In a lot of ways it’s a game about wrongness and the game benefits from using a broader lens and saying “You, personally, outside of the context of the game, have advantages like this.” 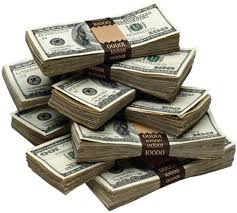 There are also games that intrinsically bring in real world aspects of the players. Have you ever sat down to play Werewolf with a group of friends who know each other but not the game?

You’ll hear people making accusations along the lines of “It’s probably Jane. She’s an excellent lair.” These games bring in the player’s relationships and beliefs about each other from outside the game.

Most of the examples I’ve given so far are games that are enhanced by drawing in elements from outside of the game. Either those that gain a degree of complexity beyond their mechanics by bringing in the wonderful, tangled, messy web of human relationships or those that create the emotional buy in necessary for them to work by leaning on real world priorities. However it’s not always good.

For instance I had a game of Battlestar Galactica a few years ago in which I was sure someone was a cylon (or at least had an ulterior motive) because the strategy they were arguing was so bad that we would surely all lose if we begun to implement it. While the arguments were complex, as they can be, mine basically boiled down to “He must be a cylon because nobody is that incompetent.”

I’m sure you can see where this story is going: They were not a cylon, they were just pretty bad at the game. The thing is that I wouldn’t normally (and I suspect most people wouldn’t normally) bluntly say to another player “You’re really bad at this game, your ideas are terrible.” It might be something that you choose to communicate in different terms, with an eye to helping someone improve, but you wouldn’t just come out and say it that way.

But the structure of the game made it possible to conflate an in game action (“Trying to persuade the group to make a mistake”) with an out of game state (“Not being good at this game”) where those things require opposite responses – in the first case to highlight it and make sure other players on your team are reacting appropriately, in the second case not to draw any more attention to it than necessary. 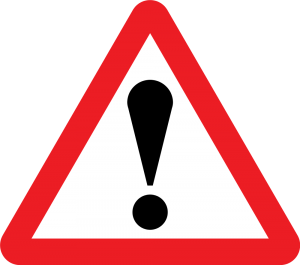 So having meandered to it, my point is this: Even if you’re not intending to have your game interact with who your players are away from the table, it’s something that might happen.

People care about who they are and what others think of them. That can be a huge source of power in games – for good or for ill. Not every game is going to want to play with that, in fact I can imagine that most games don’t, but it’s worth thinking about how it might be engaged deliberately or accidentally.

Consequences for fake people are hard to manage if you can’t get people to “buy in”. The corruption effects in the Lords of Waterdeep expansion typically don’t have much emotional impact on players. The theme of the game is too abstract and there’s not enough that engages a person’s real world life choices to make them land with any weight. Which is fine – they’re not meant to be moral choices – the game is primarily a euro.

Contrast this with reports I’ve had of Freedom: The Underground Railroad (which I’ve not had a chance to play yet – if you know me and have this drop me a message :P) which is able to land a less abstract theme in a way that makes players care about the choices they make. Also the various Legacy games, which use long term consequences as a way of making players engage with ideas in a manner that goes beyond short term victory.

So if you’ve made a game and you want to make the “who are you really, away from this table while not playing games?” question important how can you do it? 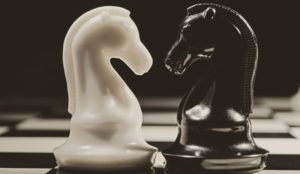 Well the most direct route is to simply directly include it as game mechanics. It’s a blunt instrument but a card reading “Each player moves one space forward for each person they can name who they’ve made to cry.” tells you something about the players and brings a specific type of their event to mind as a means to setting a mood.

Almost as blunt an instrument is simply asking people to describe their lives. “Wealthiest player is the colonist” takes part of its power from the fact that it obliges people to disclose things about their lives that they might otherwise choose not to. “Truth of Dare” is the archetype of games that do this and while terrible, has in it the kern of a good idea waiting to be harnessed by future designers.

The much more subtle but much harder to implement method is to make your players buy in to your world. There is a lot of literature on how to do this in computer games and it’s orders of magnitude harder in board games because the designer controls so little of the player’s experience: The room they’re in, the company they’re keeping, most decisions about how the game is player are all in the hands of the player not the designer.

None the less, if you can overcome these obstacles and get the players to buy in, you can do *anything*. Where you have abstracted blue chips and don’t want to run out then you can go “Lets lose a blue chip now to get one a turn for three turns”. Where your theme has landed “Do you want to throw a person into the grinder to prevent one starvation death each turn for three turns?” is a much tougher question that draws as much on people’s ideas about their world as the abstract optimal strategy.

Which I think gets to the root of that sort of “buy in”, because you’re not only asking the players to buy in to the idea that the world is real and that their choices matter, but you also need them to “buy out” of the idea that winning is the objective and all choices should be oriented around an efficient path to victory. It’s no accident that a lot of the games that do this well have a narrative focus where “telling a good story” and “enjoying the journey” are emphasised in the rules and design more than “winning”.

So those are my thoughts on games that ask “Who are you?”, where that question comes from, how it can be used and where it can make for better games. Try to keep a hold of the intangible nature of self while enjoying your happy gaming 😀