I’m getting a lot of questions about the Wizard’s Academy Kickstarter and minis. I’ve been asked why the game has minis in PMs, on BGG and on the Reddit AMA (which is a good read, it’s nice to see what people who’ve played the game have to say). The answer boils down to “Because it makes the game better and it makes sense for a 3D art company” – but I’ve also had questions about the economics of minis, particularly an add on mini, that I’ve held off answering because I needed a long form answer – this blog is all about the long form game design discussions so let’s do this thing! 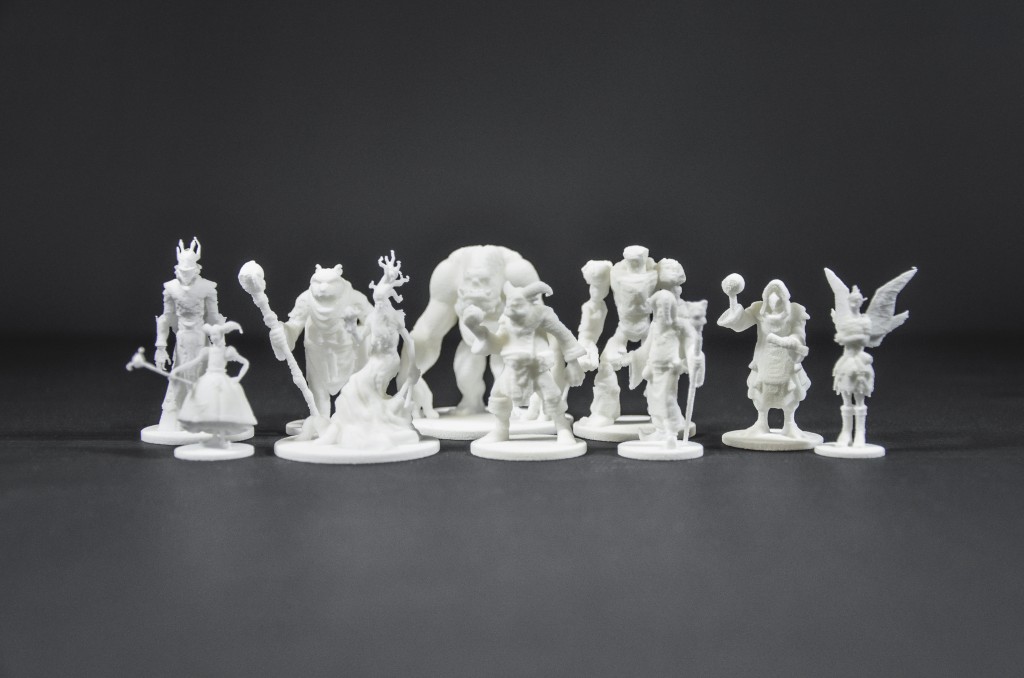 The first thing to understand is the relationship between fixed costs, variable costs and prices. Fixed costs remain the same no matter how many games we make, so for instance the art for the cover of the box might cost $700. It’ll cost $700 if we make one box, it’ll cost $700 if we make a million boxes. Variable costs scale with the number of games produced, so the manufacturing of the box itself is a variable cost. If it costs $3 in parts and labour to make the box then it costs $3 for one game, but $3 million for three million boxes. Beyond that there are variable variable costs, where the cost is per unit but the cost per unit changes depending on how many units there are – but let’s try to keep this discussion simple and pretend that those don’t exist.

Now the price of the game needs to cover the fixed and variable costs. Suppose I want to run a Kickstarter for a game and cover $10,000 of fixed costs for a game with $15 in variable costs, what’s the pledge level and goal? At one extreme I could have each game cost $10,015 and a goal of $10,015 – at the other extreme each game could be $16 and the goal is $160,000. I’ve written about this before. The reason that I’m bringing it up again now is that the price of any component needs to cover its share of the fixed costs.

Let’s say that I price my hypothetical game’s main pledge at $40 and set the goal to $16,000. That way if I hit my goal I’ve sold 400 games at $25 above the variable costs (i.e. production and shipping) so I’ve covered $10,000 of fixed costs (i.e. art etc.) If my Kickstarter funds I haven’t made any money, but I can afford to fulfil my pledges and make everyone happy, hopefully I can manufacture some extra games while I’m doing that and make some sort of profit there.

Now imagine that I find out that I could create an extra model for the game that some people will want. I’d like them to have it, I want to offer it at cost to anyone who thinks they’d enjoy it. Let’s say it costs $5, what should I do with it as an addon? My first instinct would be to offer it as a $5 addon. How does that work out? 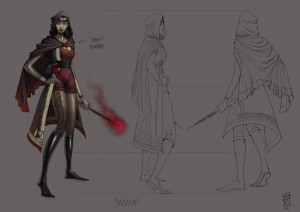 The situation gets worse if manufacturers have minimum orders (they do) or if there are variable variable costs (there are) but this is a simplified problem so we’ll shelve those for now.

The issue is that any add on needs to cover its share of the fixed costs, because otherwise funding with add ons included risks being unable to cover those fixed costs. A better platform than KS might allow you to set a funding goal like “1000 games” that isn’t sensitive to add ons or shipping but until their tech gets better we’re stuck with this sort of problem.

So what should the add on have cost? Well the game’s pledge was at $40 so 62.5% of its price was going towards fixed costs. The add on would need to do the same, meaning that if it cost $5 to manufacture then it needs to be $13.3 in order to be absolutely safe. Now it’s not necessary to be absolutely safe, you can probably reasonably assume that not everyone will want the thing and that the project is unlikely to fund on the dot, but in order to be at least responsible you need to increase the price some in order to make sure that the add on can’t ruin your project. It’d probably have made sense to make the add on $8-10 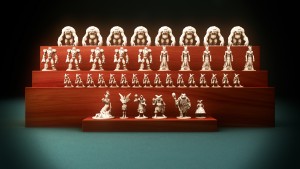 So how does this apply to mini projects on KS and Wizard’s Academy in particular? Well the first thing is to consider what models do to the variable and fixed costs. Plastic minis have huge fixed costs and relatively low variable costs – let me dig out a quote… the sculpts cost something in the region of $9000, the moulds something like $9450 and the plastic per game something like $10. That’s $18,450 in fixed costs and $10 in variable – bear in mind that my earlier hypothetical was $10,000 fixed and $15 variable – so the real situation is more extreme than the example given above.

Now let’s look at what Mona is going to cost. There’s a lot of variable-variable in short production runs, but lets assume that the cost to create her divides the extra artwork required by the new character between all copies of the model, that 200 people want her and that they’re all in the cheapest shipping bracket (for simplicity we’ll make her character card miraculously free), the cost per model works out as $10.20. In the previous scenario (The one that’s kinder than the real one) it was necessary to almost double the cost of the model in order to break even, so if we do that here it works out as $20.40. Converting back to my native pounds that’s around £14. We priced the add on at £15 because we’re not trying to make much money off her, but wanted something to show for the effort.

In a different situation, with thousands of backers mass producing in plastic rather than batch producing in resin, I’m sure she could be a fiver ($7.38) – but that’s not the situation that we’re in. So I had a decision to make, include her as a £15 add on or exclude her from the campaign altogether. I knew that £15 was pricey for an add on, frankly as a customer I wouldn’t pay it – but I figured that there would be two types of people: People who got the same great game that I’d designed that they’d get if I didn’t offer her (which has spectacular reviews without her) and people who decided that it was worth getting a bonus – ultimately people who were just as happy and people who were more happy. So I included her in the backer game at that price. 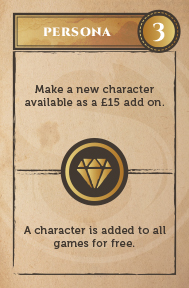 I think that this was a mistake. I dramatically underestimated how unhappy it makes people to know that something exists for a game that they do not have. For me, what I have doesn’t significantly change in value based on what other people have. You could release a dozen expansions and add ons and promos for any game that I own and it wouldn’t diminish my enjoyment of the original even slightly – I still play just the core box of Dominion for crying out loud! Generally I don’t buy expansions or add ons for myself because I’d almost always prefer to have a new complete game than to expand an existing one. The notion that a good thing can become a bad thing because a second thing now exists somewhere else in the world is very alien to my way of thinking.

That’s not to say that there’s anything wrong with that way of thinking – if anything my way of thinking is alien to most of the rest of the human population – I’m just trying to express how this situation took me completely by surprise.

If I did things over again I think I’d choose not to include the character. She’s an interesting character and will legitimately add something to the game for some people, but ultimately the joy she brings them isn’t worth the consternation that she’s caused to others. I think I’d stay away from such things in the future if the economics of launching a campaign responsibly don’t support making them cheaper. 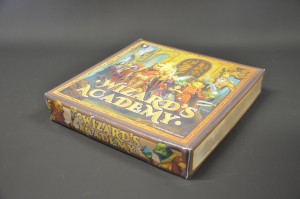 So hopefully that gives some idea of the things that you need to account for in setting pledge levels and add on prices on Kickstarter and why it is that add ons can be so expensive compared to base games. It’s very easy to create a campaign that’s capable of funding in ways that make it impossible to deliver a project and striking a balance between avoiding that and getting a game out for a wide audience to enjoy is a tough balance to strike.