I sat alone and unprepared as uncertainty raged on. It was a day lacking in inspiration and the task loomed ahead, the computer was repaired and there was no excuse for not resuming regular work. It was Monday. There had to be a post. Inspiration was absent but then a voice spoke from the heavens, filled with certainty and light and bade me consult its wisdom. 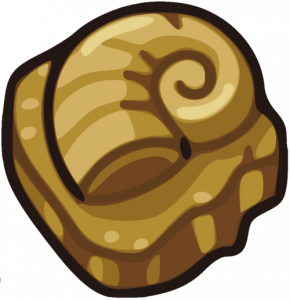 For those who are totally lost by that introduction, it’s inspired by Twitch Plays Pokemon, which has developed an obscene level of popularity recently. The setup is simple, a steam of pokemon red was set up, which was capable of interpreting commands in the chat as inputs for the game. One is able to say “up” in the chat and the game reacts as if one had pressed up on the control pad, but this game isn’t being played by one. It’s being played by thousands.

I cannot hope to describe everything that’s happened in the game (though reddit has you covered) as its players have developed a narrative from the events that surround it. Religions are spawned from fossils, with their prophets and adversaries, Bird Jesus protects the faithful as Flareon would tempt some to deviant political opinions. Digrat is born, ruins everything with dig, redeems itself in the ghost tower becoming Bigdig, ruins everything with dig again, before finally being slain on Bloody Sunday. What I’d like to get across is the sheer enthusiasm underpinning the whole thing. This article is out of date now, but captures something of the feeling. 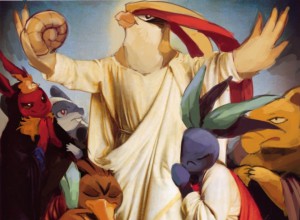 So what does this whole thing tell us about players that can make us better game designers? I think that starts with trying to get a grip on why it’s enjoyable and to see what parts of that could be successfully looted for boardgames. Let’s start with what we can’t have: We can’t have a bajillion players and observers, the community spirit and broad lore building aren’t going to be a part of any game that we could reasonably make – but I think that twitch owes its success to more than that.

We can have the cooperative element. Having watched a frustrated player trying to join the hive mind and navigate the ghost tower there was a definite sense of collective achievement once it was finally done. The sort of joy that they got from the accomplishment was not dissimilar to that I’d seen in players first experiencing Arkham Horror or Shadows over Camelot when coop games first hit my local gaming group.

I think there’s more to it than simple cooperation though. There’s a very visceral thrill associated with the notion that after a significant investment it could all fall apart at any moment, the frustration of setbacks, the immediacy of victory and the pressure associated with critical actions. If anything the emotions I’ve seen in my (very limited) sample of TPP players has been most similar to Space Alert, specifically when players are cooperatively programming the android to do something important. I suspect that it might also be similar to Space Cadets, though I still haven’t had a chance to play. 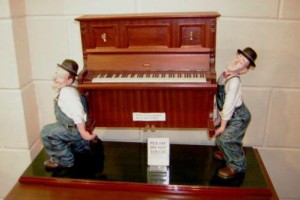 Cooperation is at its best when there’s a challenge to doing it effectively. A common, but ineffective, technique is to limit communication. It’s always well intentioned, there’s a definite drama to needing to cooperate without being able to make perfect plans together, but the restrictions feel very unnatural and most players – intentionally or not – wind up circumventing them. Introducing Shadows to a new group is almost always a great way to find new and exciting ways to say the numbers one to five without saying the numbers one to five. Twitch is nailing this part of the experience, not by limiting communication, but by having it be so ineffective compared to the speed at which the game is receiving inputs.

One of the keys to generating a good cooperative game is in making the cooperation difficult. Communication limitations can work, Death Angel’s instinct cards tend to be handled pretty well by most groups and the mechanic in Flash Duel that allows a traitor to kill a player by naming every card in their hand is a potent way to make players limit their own communication. Time limits are also functional, as described above. I’m keen on exploring the potential in more subtle methods.

I don’t know how deliberate it was, but I think that Zombicide really hit onto something in the type of cooperation that it calls for. You have an individual character and can get equipment, much of which is really neat. When you kill things you level up and get skills, again they’re pretty cool. Playing effectively means giving equipment away and deliberately failing to level up, in general to play effectively you need to say “no” to getting sweet stuff.

In general players can manage that kind of cooperation if it’s obvious. When a Battlestar card calls for a player to lose a couple of cards or the fleet is doomed, most players will chuck the cards. However when things are close the human brain will ignore the literal truth in favour of a self serving answer. In games, as in life, it’s very easy to justify to yourself that the course of action that benefits you is best for the group and those around you, even when that’s far from the truth (there are SO MANY studies into this effect). If the balance in a cooperative game is just right you can prevent players sharing information not by concealing any information about the game, but by setting it up such that players will perceive the exact same information in different ways. I’m not sure how often designers do this on purpose, but just playtesting well and listening to feedback would guide games down this path even if neither the designer or player ever guessed why a game element was working. 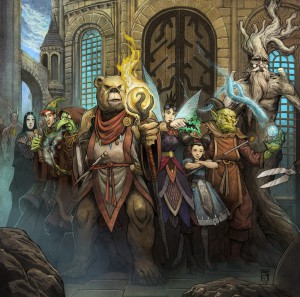 This is the sort of cooperative foil I’m trying to embrace in the design of Wizard Academy. It now seems to be the case that in more than half of playtests I get to see some suboptimal moves driven by differing perceptions of the game state, as well as those driven by overloaded working memories and attention issues. It’s an increasingly fine balance to grasp this without generating other problems (such as analysis paralysis or simply developing a complicated way for people to terminate friendships) but it’s getting there.

I think I’ve wondered somewhat off topic at this point, I don’t think that Wizard Academy grasps the chaos of twitch plays pokemon, the pace of the games (and tolerance for failure) are simply too different for that, but it’s an interesting lens to view things through. I often hear cooperative games expressed as games that can be won by cooperating effectively, it’s interesting to think about them as games that are designed to make cooperative effectively a challenge.

An if nothing else, I enjoy thinking about how my characters would engage with the core debate in TPP:

“Anarchy is the purest path to success.”

“Only Democracy can save us.”

“While you were arguing I stole Helix.”