Last week I wrote about the decision to use models in Wizard Academy and received a number of nice comments on the work so far (which really should go to the artists). One of them mentioned how nice it was to see models falling outside of established tropes, which was lovely but possibly somewhat generous. I not only use tropes, but I use them a lot!

I’ve written before about the benefits of piggybacking. When a player picks up a new game they’ve got a lot of rules and interactions to learn, so a designer should do anything that they can to help them. This is generally achieved by having the mechanics of the game piggyback onto the players existing understanding of the world. If your blurns destroy blorns then that’s something your player has to remember, on the other hand if water destroys fire then your player just adds it to a mental list of things that work as they’d expect. Remembering twenty abstract rules is hard. Remembering that the rules do exactly what you’d expect in nineteen situations and the one situation in which they don’t is much easier (not having the exception makes it easier still!)

Tropes serve a similar purpose, but for establishing theme rather than remembering rules. There’s a limited space to establish characterisation of various people, places and things. There’s so much real estate on a player aid, card or board space to let the player know what it’s all about. Listing every possible trait gives you less space to present game mechanics and can clutter the graphic design making the game harder to play. There may not be space to write “This character is hard to kill, selfish, likes causing others pain, likes causing others to cause others pain, powerful, hard to kill etc…”  but there is always space for “This is a demon.” 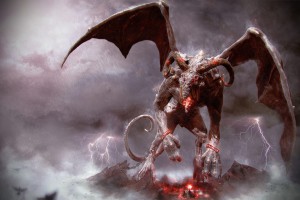 There are some downsides to the approach. On a practical level not everyone has the same schema, you need to be careful that your shorthand is implying the right things to everyone. To take the previous example, D&D players might draw different inferences from ‘demon’ than the average person, as that game makes a point of defining the term and emphasising particular aspects. A player with a religious background might take away something else entirely. Ultimately it comes down to anticipating your target audience’s likely experiences and keying into them where possible.

Another is that tropes tend to reinforce existing values, so there can be a social cost to activating tropes that key into messages that you’d rather not send. Long time fans of kickstarter might remember feminist frequency getting funded, which has a fairly solid overview of issues that tropes can cause (in that particular domain). It is not the job of games to have a social message (and those that focus on that tend to wind up being terrible games), but it is an unavoidable consequence of their creation so it’s worth bearing in mind.

Finally there’s the danger of being boring. If a lot of games use logic like “I can just make a big guy with an axe and players will know what to expect” then a lot of games wind up featuring big guys with axes. This generates less of the “How exciting, I can be that guy and have loads of hits and do lots of damage, he looks cool and hard” and more “Seen it before. Played it before. Don’t need it again. Pass.” 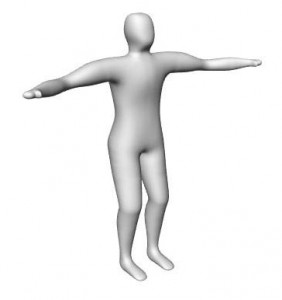 There have been a bunch of different approaches to dealing with this issue. Some games just jump in and use tropes as are, this works well for games like Last Night on Earth or Grave Robbers from Outer Space in which the parallels to B-movies and similar are implicitly of explicitly part of the game’s art direction.

Direct trope usage can also benefit games that inherently take things in a new direction. For example most people’s first connection from ‘vampire’ isn’t ‘american football’ so a game like Blood Bowl can afford to use tropes directly as the characters that it produces are inherently exceptions to some of the trope’s implications.

Arkham Horror takes an interesting direction in that the characters are given a marker that can be instantly understood ‘The Doctor’, ‘The Magician’, ‘The Researcher’, but the entire back of the character card is given over to telling their story and offering them more nuance for those that are interested. The technique isn’t used to its fullest potential, but it certainly fits will with a game that emphasises storytelling so strongly.

I enjoy an approach based on something that I first saw articulated by Richard Burlew. He was writing about creating compelling NPCs for roleplaying games, but I feel that it applies here. The notion is to flesh out a character by giving them a few broad personality traits and then describe some instances in which they’d act in a manner that was opposed to them. A greedy merchant is a bland character. A greedy merchant who’s willing to give up chances to earn money if it would hurt the crown because he’s a staunch monarchist and who regularly gives a share of his money to the war widows fund after his own father died as soldier while he was a child is the start of a much more fleshed out character. 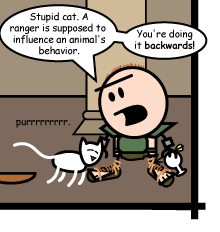 Note that none of these traits made the merchant rely less heavily on established tropes. A greedy merchant is common in the genre, as is a staunch monarchist, as is the child of a dead soldier trying to make a world his dad’d be proud of. The combination of them leads to a character who benefits from the baggage attached to these tropes, while clarifying details for those with slightly different perspectives and avoiding the blandness trap. The impact on broader issues has a more complex relationship with it that’s probably worth a blog post in its own right sometime. I don’t take this exact approach for board game characters, as they have less opportunity to demonstrate complexity than characters in an RPG, the notion of combining tropes to produce a whole greater than the sum of its parts is powerful.

In writing characters for Wizard Academy I’ve been trying to tap tropes that will imbue the characters with enough to come to life, despite only having a model and a few lines of text to define them, but where possible I’ve been throwing different ideas together to give them more life than some of the gaming worlds existing offerings. I’m not sure how successful that’s been, but the reception so far has been positive. 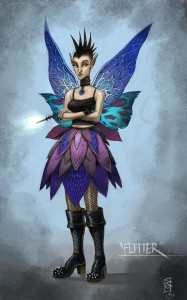 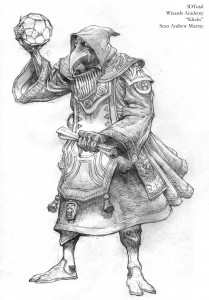 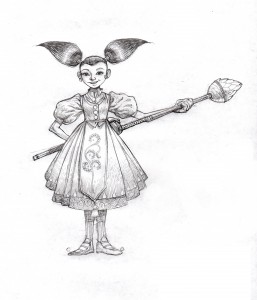 1 thought on “Tropes vs Board Games”