In a lecture on academic writing a lecturer once put this sentence up on a slide, which he had extracted from a published work, I can’t remember the exact wording but I’ll paraphrase

“The results of our investigation into the relationship between mlr137 and anxiety reduction are that as the level of mlr137 increased the rate of anxiety reduction (the amount by which anxiety was reduced) decreased in response to the mlr137 dose.”

Did you follow that? If not, let me try again: “Mlr137 increased anxiety.” With that in mind, lets talk about rules. 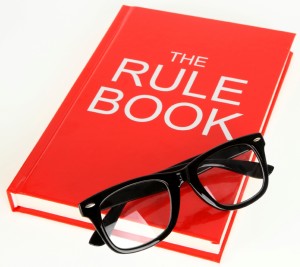 If you’re designing a game and intend for it to be played with people outside of your immediate sphere you’re going to have to write some rules. There are a lot of different phrasings that express the same thing and some are better than others. I’ve written about rulebooks in broad strokes before so today let’s focus on a detailed case and talk about different ways to express one particular rule.

To go into absurd detail let us say that we want to print this rule on a card:

“When you select this as the card that you will play this turn, place it onto the table in full view of all other players and indicate orally that you are playing it. Then take one of the cards from your collection of previously obtained cards and place it face up to the right of the pile of cards allocated to you as a player but not currently obtained in this game state. If there are already cards in this position then place it on top of those cards. If you had no card in your collection of previously obtained cards then proceed normally having skipped the previous step. Having done this take the top card from the pile of player-allocated but unobtained cards and add it to your collection of previously obtained cards, while being sure to keep said collection secret from other players around the table (unless prompted to do otherwise by another card or effect). Then take this card – the one that you have just played – and having resolved its other effects place it also on top of the face up pile of cards to the right of your pile of player allocated but unobtained cards.”

Obviously this rule is awful, I feel bad even for writing it as part of an example. So let’s talk about what we can do to improve it. Our first step would be to assume that because the person reading this rules is playing a board game, that they already know some very basic things about board games. 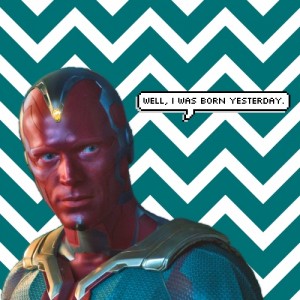 If we’re allowed to assume that our players understand the basic notion of what a deck, hand and discard pile is then we can reduce the wording substantially by using those terms. Furthermore we can assume that some common actions, such as “drawing” or “playing” are already in our players lexicon. That lets us bring the rule down to:

That’s still far too big for a card so we need to do more. “unless prompted to do otherwise by another card or effect” can easily be cut. In general it’s unnecessary to write “unless some other rule contradicts this.” and doing so would require the sentence to be repeated over and over again throughout the rules. It is almost always more efficient to talk about how rules override each other somewhere in the rulebook, but if it must go onto the cards then placing the text necessary to resolve the contradiction onto the overriding effect rather than onto every single thing that might be overridden will add less text to the game. 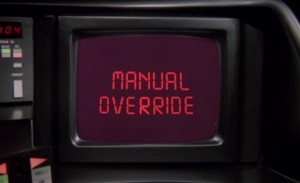 We can also move some text off the card by including it in the rulebook. If you find yourself describing the same process over and over again, it’s almost always better just to do it once and reference that shorthand in individual effects. In this case we’re probably safe having our rules cover that you shouldn’t show your hand to your opponent, that once a card is played it’s discarded and that discard piles can have several cards in them. There’s nothing specific to that effect there, so there’s no reason that those rules should be loaded into this effect. This leaves us with:

That might fit on a card, but it’d be nice to have some room for some pretty art. It’s also still a bit of a mouthful so if players are telling each other what they’re playing as they play it (some players do) it’d be good to cut it down a little more. We can start by removing anything redundant from the card, here it’s necessary to be careful because what counts as redundant will vary from game to game. For instance we instruct the player to discard a card from their hand, is there anywhere else that they might be permitted to discard from? Are there cards in play and if so does a discard ever apply to them? There’s not a universal right answer here, but in general if the question “If this rule were removed could the player do anything other than what was intended and still be following the literal rules on the card?” can be answered “No” there’s space to remove some more things.

Let’s assume that in our game card text only ever applies when played, that there’s nothing to draw from except your deck and nowhere to discard to except your discard pile. That brings our text down to:

“Discard a card. If you had no cards in your hand then proceed normally having skipped the previous step. Having done this draw a card.” 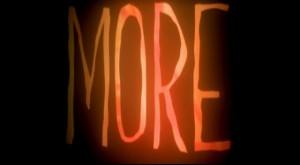 Going further, there are elements of this card that can be rephrased into shorter utterances with no loss of meaning. Without changing a rule we could abbreviate our rule to:

“Discard a card if possible, then draw a card.”

We can do better, is it really necessary to state that the second half of the card still applies if there isn’t a card to discard? It’s not phrased as a cost or requirement in order to play the card, isn’t whether a card stops if some element on the card can’t be done a general rule anyway?

“Discard a card, then draw a card.”

Still so many words! People read from left to right. Surely we can rely on them to carry out the instructions in order.

“Discard a card. Draw a card.”

We haven’t eliminated all of the redundancies yet. Is there anything to discard or draw except cards? If not why are we wasting precious space defining it?

Discard has so many letters, surely we could just use enough to show what the word is supposed to be and players will get the hint. It works in texts. 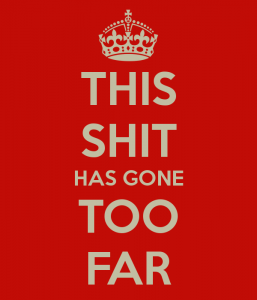 There are absurdities at both ends of the spectrum, though I admit to having just now developed an inclination to write a game entirely written in textspeak about a quest to recover some missing vowels. The practices that I’m describing are generally good practices: Find places that wording can be changed without a reduction in meaning. Understand what your players will already know and use it. Appropriately offload rules to the rulebook and use (or create) terminology to reference those rules.

No one of the above effects is correct for every game, it’s not enough to find the shortest wording that logically communicates what you want your players to do, your choice of wording will depend on how you want players to treat your game as a whole. When deciding on this bear in mind two times that players will read words that you didn’t write:

The first is that players will tend to make certain assumptions and wording that contradicts them needs to be direct in order to overrule them. In a lot of cases I wouldn’t be comfortable with “Discard a card. Draw a card.” because without an explicit statement of order a lot of people feel that drawing before discarding is more natural and the text order isn’t enough to put them off that assumption. In the vast majority of games I’d prefer to make the order explicit: “Discard a card, then draw a card.”.

The other is that players will make very generous assumptions about what a rule permits if another rule is permitted more precisely. If every card draw is phrased “Draw a card from your deck.” players will draw from their own deck. If every card is phrased “Draw a card” then players will still draw a card from their own deck. However if you phrase half one way and half the other way someone will say “Well those cards say that I have to draw from my deck, but this one doesn’t specify, so that means I must be allowed to draw from your deck…”

Ultimately phrasing rules winds up being like everything else in game design, a careful balancing acts between extremes which are occasionally desirable in their own right. A good set of rules requires you to know your audience, make appropriate assumptions, offload to general rules, create terminology, simplify language and be consistent. Failing that: Endless playtesting.

2 thoughts on “The Simplest Rule”