Last night we played Firefly. I wound up as an arms dealer and on my first turn recruited Jayne and bought a gun. We set off to do some mission or other, but kept running into traders. Being who we were we shot everyone we met and looted all of their things, skittering across the black as space pirates. Meanwhile another player was trying to recruit a mechanic, failing to do so but accidently gathering most of the original Serenity crew. The other two players had slower starts, one in particular was searched three times by customs inspectors (who repeatedly found that she was legit) as my pirate ship zipped through adjacent sectors blowing up traders and merchantmen way gay abandon. 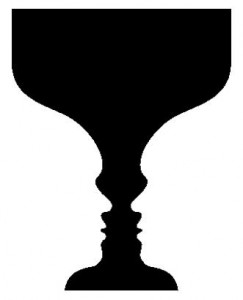 Last night we played Firefly. I got pretty lucky with a starting mission on my location and a crew that happened to exactly match the requirement for getting the maximum profit out of every random event I hit. Another player accidentally acquired crew that had low cost, low upkeep and relatively huge bonuses. A third essentially drew “miss a turn” for her first three turns and never really got to be involved with the game. The player who drew the crew who were cheaper and better ultimately won, by combining having drawn good cards with rolling well when it was important. While decision making had some impact it felt like the vast majority of decisions were rendered irrelevant by chance.

These are two descriptions of the same game. One of them sounds like an exciting experience that was great to play, the other a bit of a drudge. Both of them are true.

I’ve mentioned before that players enjoy games for a lot of different reasons, but the descriptions above focus on a couple of umbrella ideas. Games that offer great storytelling can tap into desires of observation, expression, socialisation and exploration. Games that offer a tight mechanical challenge can tap into desires of mastery, competition, socialisation and exploration. They’re not necessarily mutually exclusive ideas, someone who’s primarily motivated by exploration could have just as much fun finding the hidden relationships and bits of lore and making connections between ideas dotted through a highly narrative game and enjoy finding combinations or interesting edge plays in some highly un-thematic but mechanically developed game.

The reason that I bring this up is that I think that it’s common see a continuum between highly narrative games that allow players to tell stories and explore rich worlds and highly mechanical games that offer a tightly defined competition full of interesting choices and tough trade offs.

Let’s call this the Night-Knight Continuum, because that makes me happy inside.

I think it’s easy to see things that way, because the trade offs are often quite obvious. A story might require one thing to be better than another, while the gameplay would benefit from them having similar values. It’s particularly obvious when a mechanical decision takes the game out of the “magic circle” and it’s plainly apparent that an outcome makes no sense at all in the world that the game has created. I can’t even remember the name of the game, it was years ago, but I still remember holding a grudge against it for the rule that it’s possible for a vehicle to ram another vehicle even when the first vehicle is a car and the second one is a damn helicopter.

Where was I? Oh right, mechanics and storytelling. So it’s clearly possible to have successful games that manage to do only one of these things well, if they’re able to do it exceptionally well. There are also plainly plenty of situations in which a designer has to make some sort of trade off between implementations that benefit one side at the expense of the other. However despite that, it’s also apparent that there are games that manage both and – I’d argue – games that manage neither but are still enjoyable games.

I think as a designer that it’s important to make a choice relatively early on about what a particular game is trying to be. Our first experience of Tales was stronger than our first experience of Firefly because going in we were expecting it to be a primarily narrative experience in which the gaming takes a back seat. Firefly’s mechanics help its storytelling …

For instance the use of disgruntled counters for various things lead into narratives like “Kaylee was sad that we stole from the settlers so we found some extra money to make life a little better for them before we left – which upset Jayne who wanted to keep it” emerges from “If you do this mission with a moral character they become disgruntled, if you don’t pay anyone they become disgrunted, removing all of those counters costs the same no matter how many you have so there’s an edge to not paying Jayne for this mission”

…so they’ve got a place. However the complexity of them implied that it would be a different sort of game so by giving a false impression of itself it lead us down a path that meant that we weren’t in the right state of mind to enjoy it initially. So making a decision and shouting it loud seems important and there’s no problem at all with pursuing excellence in one area to the exclusion of all others – because that’ll produce a game that some number of people will love and that will also attract those same people to try it. However “both” is also an valid choice. 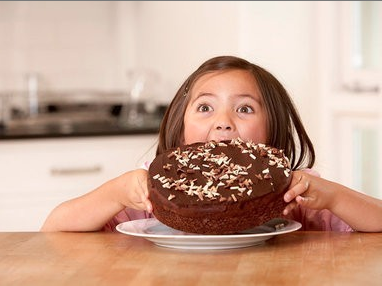 Plenty of games do a great job of generating gameplay that’s engaging in the abstract and that builds interesting narratives. It’s good to study these and look for ways to apply their techniques, even if you’re focused in one particular direction, a game is rarely hurt by being better at another. There are plenty of approaches to this, but I’ll outline a few:

Events affect all players equally
It can be nice to write thematic events. However by their nature these sorts of things tend to occur randomly and if they have wildly disproportionate effects they can undermine meaningful choice. One solution is to have events affect every player in the same way, mitigating the extent to which your cool thing that’d totally happen in the world of the game undermines the careful decision making of your players when it comes up. Just be careful to make sure that its impact isn’t too context dependant, since that’d amount to the same thing.

Every silver lining has a cloud
If you want something highly thematic to be possible, but are worried that implementing it undermines other aspects of your game, then an ideal solution is to tinker with the pros and cons of the new approach to try to make in an additional interesting option. If your concept calls for the best weapon to be a flaming two handed sword that is simply better than alternatives then perhaps it’s also time to add a few things that explode violently when killed by fire.

Look to the future
When your story and world oblige you to have draws (or rolls or whatever) that are more or less desirable – find ways to let your plays strategise around that rather than it being something that happens to them. Prophecy feels like a huge step up from Talisman simply because the events are placed face up and players decide which one they want to move towards (and how much they’re willing to pay to get there before someone else). The cards are just as capable of carrying flavour, but it doesn’t matter as much if some are more desirable than others because players have the option of expending resources to reach the more desirable ones. It’s not the perfect implementation of that idea, but it’s a definite step in the right direction.

There are plenty of approaches beside these, but this article is running long so I really ought to wrap it up. A quick look at your game shelf should give plenty of examples of ways that designers have made thematic choices and taken steps to have those contribute to the game-play rather than undermining it.

1 thought on “Storytelling vs Mechanics”