Since my first Kickstarter campaign I’ve almost always had a pledge level that allows backers to create a card or other game element and add it to everyone’s copy of the game. These are always marked so that purists can remove them, but I love doing it and backers seem to love it too. I’ve had some nice comments about how affordable I make it compared to other creators, so I wanted to go behind the curtain and talk about how these pledge levels happen and why they cost what they do. 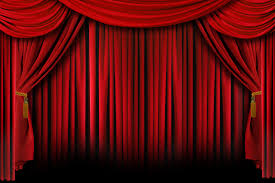 So, let’s start with monetary costs since these are a lot less ambiguous than the other things we’ll be discussing today.

In terms of manufacturing, adding a single card to a game tends to be fairly cheap on a “per game” level. I’ve got a quote here that charges $0.03 to add 10 cards, less than a cent per card. Of course we’re making 2000 games so the total cost is $6 per card.

Then the card needs some art – this turns out to be more expensive than the manufacturing unless you’re producing a lot of games. I’ve seen various quotes for card art ranging from $20 to $50. So it’d be feasible to have a “Get a card of your own into the game” pledge level for only $26 above a base pledge.

But wait – this approach doesn’t quite work. If the KS just funds dead on its goal, the amount you need to pay in KS fees or towards the design of the game itself doesn’t change. So if the pledge level is going to be a bigger % of the overall KS then it needs to cover proportionally more of these costs.

This sort of formula tends to result in a pledge level for a special card being about £50 give or take. So why does it tend to cost so much more than that? Is it because creators are greedy and swimming in money? 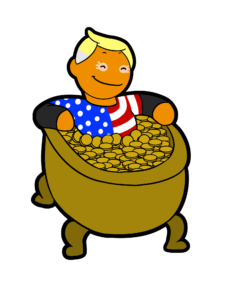 No. No it is not. It’s because they’re looking for some coin to cover the non-material costs of such a reward.

The first is effort. When someone backs at a “create a card and add this to the game” level I’m probably committing at least an hour to dealing with that person. I need to find out what they want, have some back and forth over the best possible version of that. Possibly modify it slightly to fit the game better. The communicate all of that to the artist. It wouldn’t be unreasonable to say “My time is worth £X/hour so I’m adding £X”.

I don’t do that partly because I’m happy to donate time to something that makes people happier, particularly backers who couldn’t normally afford a custom level and partly because I enjoy doing it. Coming up for new stuff for a game together with a backer is fun 🙂 It also improves the project as a whole – people adding things to the game for all players is grand.

The second is time. Everyone wants to deliver a campaign on time. Each custom backer creates an extra person in the delivery chain, which is another opportunity for something to go wrong and for the campaign to be delayed. This creates another incentive for creators to price their custom levels highly – if a person has spent a lot of money they’re less likely to be inclined to fail to answer messages about what they want. That means less of an opportunity for delay.

Again, I handle this a little differently. The campaign page always includes a note to the effect of “If you don’t tell me what you want within a month then I’ll just guess.” This guarantees that the project won’t be delayed, at the cost of potentially upsetting a backer who didn’t get what they were hoping for. I don’t like upsetting people, but if the alternative is to disappoint every other person who funded a project I don’t think it’s unreasonable to do so. 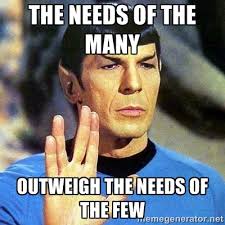 The final cost is quality. Everyone wants to put out the best game they possibly can. The average Kickstarter creator doesn’t put their game up to fund until it’s had hundreds of hours of playtesting and they’re happy with how it works. A new card added by a backer will have far less testing and could bring the overall quality of the game down.

Now there are ways to mitigate this: A creator will often have tried a lot of different things in the course of making their game, so will have a fairly good idea of what sort of things work well or badly. In talking to the backer about their ideas it’s usually possible to make suggestions that will compliment the existing design decisions in the game rather than rail against them.

The other alternative is to make the additional content optional. Finding a way to somehow indicate that a component is backer driven so that purists can remove it if they want to means that nobodies game will be worse for the extra content, so it can be easily removed.

Generally the most important measure to take is to consider what part of the game is most well suited to extra content. In some places a gain in variety will offset a loss in average quality, in others the overall contribution of a single card to a large deck will have a very limited opportunity to throw disrupt the game. If this step is done well then the level can maintain a lot of its benefits while mitigating its most important risks.

I don’t think that this consideration has a big impact for the price a creator sets for a custom thing pledge level – but in some cases a high asking price may reflect a certain level of ambivalence on the part of the creator. 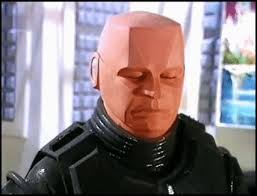 So there you have it – those are all of the considerations that contribute to the cost of a “custom thing” pledge level and I think more importantly that need to be taken into account when determining the wisdom of including one. Have fun shaping the world and happy gaming 🙂

Also check out SatW on Kickstarter, just one week to go 😉