Board games can put a lot of different skills to the test. I think that one of their attractions is in the way that they can tickle all sorts of different regions of your brain. Today I’d like to write about a particular skill and it’s implications for designers: Recognising situational value.

This is the skill that allows players to deal with incomparables. Situations where the player is presented with two (or more) options that are not comparable along a single axis. It’s typically trivial to determine whether you want a card worth one point or one that’s worth three. It’s much harder to choose between a card that lets you draw more cards and a card that lets you play more cards in a turn. The answer tends to be “It depends…”

While there are some AI algorithms that perfectly solve this sort of problem, in most games the sort of processing necessary to do that is beyond a human player. Humans will often use simpler methods. Though many will use several of these in tandem to generate a sophisticated approach.

Some options tend towards being more powerful than others. “Take an extra turn” is a monster of an ability in most games. While it’s technically incomparable to “+1 to your next roll” a lot of players will automatically take the bonus turn because it’s a much broader and more flexible option.

Where it shines: When the disparity in power between the options covers quite a broad range.

Where it fails: When the effectiveness of each option is heavily context dependent.

Another choice is to consider the options in some form of “average situation”. Suppose you’re choosing between a weapon that always hits for 2 damage or one that misses occasionally but does 3. If you know that most enemies have 2 life points then the first weapon is a better choice hands down.

Where it shines: When the future state of play is particularly predictable.

Where if fails: When the consequences for hitting an edge case situation with the wrong tools are particularly severe. 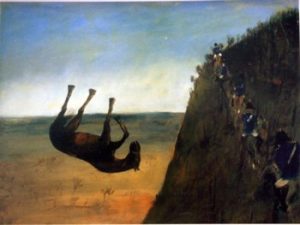 Sometimes the path to victory is making the other player lose. Some players will pick the options that negate opponent’s choices. If they grab fire, you grab water. If they open a door, you close it. If they’re making a fruit salad change the venue to Bobs BBQ house.

Where it shines: In games where a disruptive option costs less (in turns, actions, cards, money, whatever) than the thing that it disrupts.

Where it fails: Where disrupting one path leaves an opponent with partial progress along another.

A popular option is to go for options that have a particular advantage in the context of the current game state, that would not apply to every game. If the environment gives all fruits +1, then always pick the lemon over the lantern! The theory is that the options will be balanced for the average situation, so the trick is to pick things that are better in this specific situation.

Where it shines: When the average effects of the options are finely balanced.

Where it fails: Where the relationships between options are obscured or subject to change.

It does not matter how suboptimal your first ten turns are, if on your eleventh turn you play a combination of effects that gives you infinity points. This approach works by looking for options that have the potential to be combined with future options to produce (sometimes extremely) exceptional results.

Where it shines: Where a player can exert control over their future options.

Where it fails: In games that simply do not contain particularly powerful combinations. 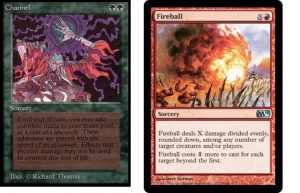 Once a player becomes very familiar with a game they become better at selecting options that’ll bring them victory. The more games someone plays, the better they become at recognising the stronger options.

Where it shines: In games with low randomness with highly obscured optimal choices.

Where it fails: I’m not sure that it ever does. Or at least I’m not sure I can think of a time it would fail where some other approach might succeed. Perhaps in a game that varies its parameters so broadly so as to make previous learning redundant? 504?

There are more approaches beside these, but they encompass a lot of the primary heuristics that players will use. So the question becomes: What does this mean for game designers?

My temptation – because I am a horrible person – is to suggest that our role is to subvert as many strategies as possible in order to see players struggle to right themselves and deal with a fundamentally unfair world. I’ll sideline that thought for now, but we’ll come back to it and why it’s a good idea for some games.

As designers, we’re in the business of creating experiences. Gamers play for a lot of reasons and armed with a knowledge of those reasons we can apply thoughts about how players go about recognising the value of incomparable options to improve our games.

If we want to generate a casual experience, in which people are playing to enjoy each other’s company and they’re not really expected to play lots of games and get really good at it, that lends itself to some types of processing over others. Letting sensible heuristics like average situation and maximise conditionals fly serves this sort of game just fine. That calls for options that are reasonably balanced to each other and that have somewhat predictable effects in tune with the particular play through’s environment.

If we’re trying to serve players who value discovery and play games to see something that didn’t happen last time then it’s better to let combos take center stage. This calls for options that’s impact changes drastically depending on the other choices that a player has made such that the sheer variety of possible game states over repeated plays is huge.

However, if we’re trying to serve crunchy gamers who are looking for a challenge…

…then our role is to subvert as many strategies as possible. A challenging game avoids allowing a player to lean on a particular mode of play. Instead it pushes players to adapt not only their choices, but how they make those choices in the first place, to the game state.

This is tricky as some aspects act in direct opposition to each other. Increasing the disparity between the greatest and weakest options makes “Absolute Power” thinking more effective, but minimising it can make “Maximise Conditional Bonuses” effective. The trick here is to have the game self modify in ways that alters which of these states are true.

A heavy handed approach might be to include an event card along the lines of “Double all bonuses” which is sometimes in play. That’d shift the best option to picking options that generated subjective bonuses in the situation rather than picking things that were the most effective in the average situation or simply generally powerful options. However it risks upsetting other parts of the game, as having something significant that happens at random is rarely conducive to skill challenges and it’s blunt enough that players may simply recognise it and adapt without really being stretched.

A lighter approach will depend upon the particulars of the game. I think the most common solution that I see prosper in this regard is to change which options are available in a particular game, but to make this change visible to the players in advance of them making choices that firmly commit them to a particular strategy. 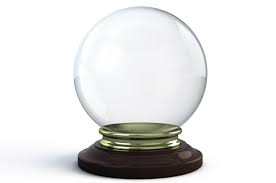 Beyond that there are disruptions to individual optimisations that can be tried. A common one is to look for frequently over powered options and make explicit efforts to hobble them down to the level of regular options. Worker placement games that take steps to neutralise “Get as many works as early as possible” or card games that link “Get an extra turn” to a cost or penalty actually proportionate to the power of that effect come to mind.