I have some hugely exciting news! My next game will be a Scandinavia and the World game. I backed the Animal Lives Kickstarter and got talking to Davey (who manages the site) and we’ve cooked up a deal to make a SatW game. If you’ve not come across it before it’s a webcomic about anthropomorphic countries interacting and reacting to things going on in the world. I’ve been a fan for years, so it’s a huge deal to me to get to work on this project 🙂

It’s starting to sink in that this is a big deal beyond my personal love of the work. Their audience is an order of magnitude bigger than I’ve had before, which means that I really want my work on this game to be one of my finest. I see too many of my mistakes getting started in 404, but I’m really deeply proud of how both Wizard’s Academy and Escape the Nightmare turned out. If I can turn something out that’s as good as either of those I’ll be really pleased to get to show it off to such a crowd!

There are a lot of restrictions on this project that make it a challenging one:

The components need to be limited to 100-150 cards.
There needs to be potential for up to 50 (!) fans to add some sort of custom content.
The gameplay needs to be accessible to non gamers who love the webcomic.
The game needs to be fun for people who’ve never read the webcomic.
I need to represent about 50 of their characters.
I need to keep to the ethos and feeling that they’ve built up around their existing work.

The game is also going to need to talk to a host of subjects that require a gentle touch. As well as the occasional sexual content (talking more about sexual mores in different countries as well as the relationships between them) there’s a tendency to talk to a whole host of social issues, all the while making comments on countries and culture, but avoiding devolving into racism. They manage to always keep things silly and fun, but it feels like there are a lot of ways to misstep around this subject matter. That’s feels really important, but also really tough to get right.

Still, despite all of the challenges I’m super excited about it and there’s also a lot of opportunities. It’s lovely to have a cast of established characters to work with and to know that people who aren’t familiar with the original material will still find something familiar in them without any extra introduction on my part.

There’s a theory that creative people work more effectively under restrictions because it gives them a place to focus their energy. I’m not sure if that’s true for me, but I do love a spectacular solution to a tricky problem.

I’m sure that I’ll calm down and get down to generating new game ideas to share with you soon. Well, that’s a slightly lie, I’ve already built three prototypes for different games – ranging from snowball fights to (international) party planning to wife carrying. None of them are really working yet though, I’m in the really exciting generating loads and loads of ideas and finding some good starting points step. If you’re already a fan of the series and have anything that you’d particularly like to see come out of this game please let me know.

If you’ve not read it before, do yourself a favour and dive into the archives. It doesn’t count as procrastination if it’s educational! 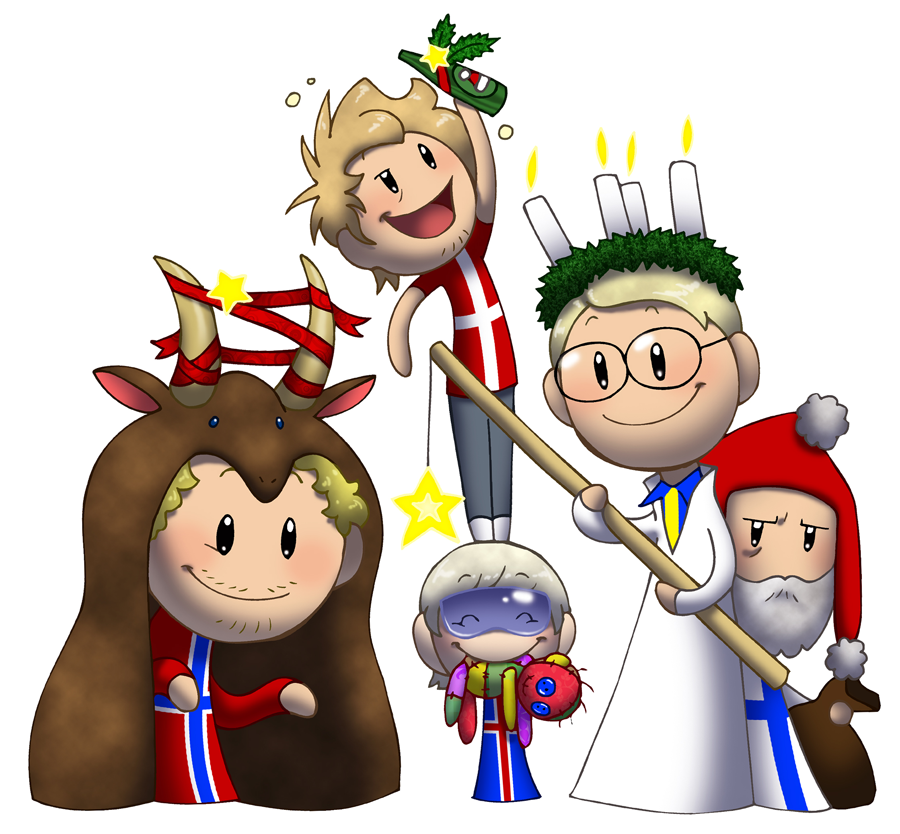 1 thought on “Scandinavia and the World”