I’ve been playing a lot of Legendary:Villains lately and have been having a good time with it. I really enjoy the feeling of progression in games, starting with something relatively weak that works poorly and building up towards having something epic. I definitely got a buzz out of dealing Graham’s number damage (though the legality of the move hinges on whether discarding a card, shuffling it back into your deck and reclaiming it and discarding it again counts as “discarding two cards” or “discarding the same card twice”) but that was met with a slight disappointment that there was no target that justified that quantity of firepower. 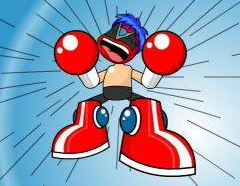 Creating a meaningful feeling of growth is rewarding and can enhance a game, but it creates the requirement for challenges that also scale in some way. It’d be no fun to start a game and be unable to progress due to a saturation of overpowered opponents, equally you want to see dangers that are sufficient to test the limits of a developed position. Plenty of approaches have been tried to tackle this problem and they each have their own strengths and weaknesses.

Munchkin adopts what might be the simplest possible approach to this problem: Shuffle ’em all together and hope. By creating threats for each level of play and having them come out in a random order there’s a challenge for every level and at least some possibility of actually encountering it at that level. A random approach isn’t as bad as it initially sounds, at least in principle it would be possible to ensure that over the course of a long enough game players would have roughly as many “Oh god that thing is some much more dangerous than I am” and “Ha! See how I have grown, I crush thee puny mortal” moments. Actually pulling this off would require significant testing an probability balance and it’d always be aiming for “This game plays right most times” rather than something with more consistency.

Another option is to put the level of threat into the player’s hands. Runebound does this by placing threats of all levels on the board, but giving the player the opportunity to choose which level of threat to pursue. That way a player has the option to tackle what they feel they’re able to, letting them pick the ratio of power to challenge. It can also lead to gameplay decisions along the lines of “I probably shouldn’t go for a hard threat, but the nearest medium will take an extra turn to get to and I’m not sure I can afford to achieve nothing right now.” However there’s also a risk of creating a false choice: If the reward systems that drive the rest of the game create a clear optimal choice to “step up” at certain moments then the player isn’t really choosing the level of challenge to face. They might desperately want to play a certain way, but feel that the game isn’t allowing them to do so. 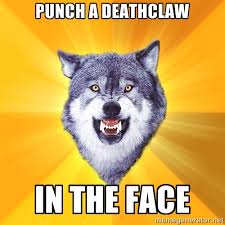 Taking the choice out of the hands of the players and scaling threats along with their abilities can create a rewarding experience, but it can also fall flat if the feeling of progression is lost. Often this is a thematic issue, Oblivion was widely criticised because people felt that hitting a beast with twice as many hitpoints for twice as much damage didn’t feel like progress. Contrast this to something like Zombicide in which great experience leads to more zombies appearing, but it viscerally feels like progress to butcher dozens of zombies while you can still remember the time that two at once felt like a significant threat.

Ramping up threats with ongoing complications also feels great. The permanent upgrade cards in some of the Descent expansions did a great job of this. “I have a magic spear that can hit four targets at once.” “Yeah, well my spiders now spit acid that sets you on fire.” feels like escalation. Possibly the key here is to look for incomparables, doubling the amount of damage you do while halving the amount of damage a target receives is always going to be futile. On the other hand making a free move after each kill, but taking extra damage when surrounded feels like both sides got an upgrade in a way that changed the nature of the conflict. They’ll both feel more powerful when they get to use their new ability well, rather than both feeling like their opponent’s upgrade cancelled out their cool new thing.

There’s also the opportunity to increase the threat something presents based on context. Wizard’s Academy does this through “activate threat” cards, which cause all threats in a pair of rooms to activate. Early on, while there are few threats, these cards don’t do much and are seen as ‘easy’. Later where most spaces have threats and some will do tremendous damage if activated they’re ‘hard’. If the environment a game is set in adapts over the course of the game, then the same challenges can be appropriate for different power scales. 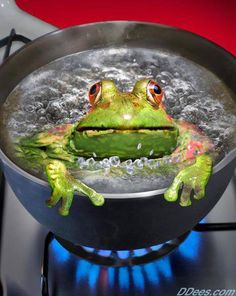 None of these solutions is the one true way to approach the issue, different approaches will suit different games. I think that the solutions that fit successfully into the games do so because they work with the other elements of those games. Some solutions require thematic support, others function mathematically. Some will undermine careful strategic play and meaningful choices, where others can enhance it. Some solutions will mesh with the games other mechanics to make the progression a fundamental part of the game rather than something that was bolted on to make it work and the nature of the elements needed to create this mesh will vary dramatically from game to game.

Furthermore some games might not need this issue to be addressed at all. If players are playing to a time limit then the immediacy of defeat can substitute for a rising level of challenge, creating more of a tension between the player’s growing power level and the clock than between the player’s growing power level and the threat’s growing power level. Other games may find that bringing their win condition forwards so that the game ends before power creep has created a substantial problem leads to better responses from playtesters (remember that you always want to end a game a turn or two before the player wants you to end it). Just because this problem exist and other games have tried solutions does not oblige you to face it head on in your own designs.

Ultimately it comes down to seeing the progression of power in your game (for both the players and the challenges they face) in terms of how you want the game to feel, what you want to encourage the players to do and how power progression interacts with whatever you’ve placed at the core of your design.