So there’s this conversation I keep seeing on game design forums:
Enthusiastic_Newbie “I’ve come up with a great new mechanic for my game!”
Old_Hand “There are no such thing as new mechanics, what is it?”
EN “(Description)”
OH “That’s been done before in (Game) (Game) and (Game). Perhaps once in a generation someone comes up with a new mechanic, the odds that it’s you are millions to one.”
EN “Oh”
OH “Don’t try to invent new mechanics.”
Unenthusiastic_Newbie “Oh, okay. Thanks I guess.” 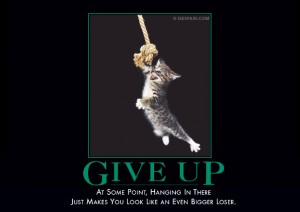 Now this advice isn’t wrong and it’s certainly not entirely true. It’s fairly commonly said that there hasn’t been a genuinely new mechanic since Dominion blew deck builders wide open. Obviously that’s debatable, the legacy mechanic might count and one could reasonably argue that deckbuilding had been around for ages and that what we think of as deckbuilders are just a variation on a particular form of limited. The point is that games that create a new mechanic are rare, but I think that we talk to new designers about this in entirely the wrong way.

I’ve been being accused of innovation a lot recently, Wizard’s Academy (currently on Kickstarter #shamelessplug) has an innovation style comment from almost every reviewer that’s seen it.
“There’s a lot of really clever, innovative stuff in this box” – Rahdo
“Gameplay the likes of which we’ve never seen before” – Ricky
“It’s not like anything I’ve ever played and I mean that in a really good way” – Martin
So what’s going on here? Am I a one in a million genius who’s able to innovate in the field of board games, or is the field much more open to innovation than we tell new designers?

Here’s a hint for life: If you’re ever not sure which of two possibilities is true and one of them is that you’re a genius visionary then it’s almost always the other one.

Certainly a lot of games have been made and yes most individual mechanics that one could possibly conceive have been tried in one fashion or another and yes ones that haven’t been tried have generally been left alone because they’re awful and anyone who thinks of them regrets doing so – but we shouldn’t conclude that innovation is impossible or undesirable! There may be thousands of games in the world, but there are astronomical quantities of games that haven’t been made! The design space is positively bursting with brilliant, exciting, innovative games that are itching, waiting, burning for just the right mind to bring them into the world. 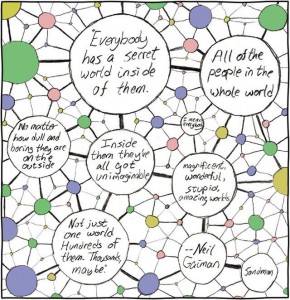 (Aside: If either Neil Gaiman or Randall Munroe ever wanted a board game I’d be so up for  that it’s unreal.)

We, that is to say designers and people who are interested in design, need to change the message. It’s vital that we move away from

“You can’t make a new mechanic”

“You can make an innovative game.”

What constitutes a new mechanic is subjective anyway. Deckbuilding is just a combination of drawing, shuffling and playing cards, we’ve already had those three mechanics for millennia so it doesn’t *really* do anything new. Getting bent out of shape about at whether you’ve got a collection of sub-mechanics that can be termed a new mechanic or whether you’ve got a collection of mechanics that can be termed a game is so unbelievably futile.

Instead I’d like to encourage new designers to see mechanics as being similar to ingredients (People who know me just sporfled tea across their monitors, I am literally the worst cook, but cooking metaphor here we go!). You can invent a new ingredient, there’s probably a reason nobody was eating it before, but it might genuinely be interesting – that doesn’t give you a good meal though. You can make a meal that tastes stale and samey but includes a new ingredient and you can make a meal that’s a delight and feels fresh and new using only classic ingredients. If you use a new ingredient it could be important, but focusing on it isn’t the only (or best) path to success. 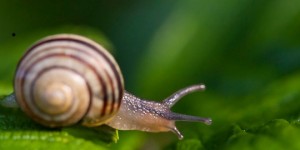 Now I’d like to offer some advice on innovating, but I’m sure that you can see the fundamental problem in following a strict methodology to try to come up with something new. I suspect that everyone who’s tried to do something new with a game has a different way of going about it, so I’m just going to talk about two things that have worked for me and hopefully you can use them to inspire your search for your own method – whatever that turns out to be.

The first is to borrow liberally from other fields. I’ve got friends who write novels for a living and others that make computer games, where I can I like to talk to them about what they’re creating and what obstacles they’ve hit and so on. Board game design can be an insular community and sometimes a really neat idea is already widespread in a different community.

Robot Turtles exploded on Kickstarter and got all sorts of acclaim as a kids game that’s not horrendously boring for adults to be near and teaches programming. From a board gamers perspective it’s just a not particularly inspiring re-implementation of the action programming mechanic, but from a programmers perspective it’s obvious. Back in the 90s I was taught programming using a program called logo that involved giving a turtle instructions, the inspiration is pretty clear.

In writing 404: Law Not Found I drew on ideas that I’d been taught in my artificial intelligence degree and Wizard’s Academy draws on some ideas from the first couple of years of psychology to make it a better game. Both benefited plenty from my being interested in a whole host of subjects outside of board game design. Heck each one has at least one idea that could be directly attributed to something in the Extra Credits series of videos on computer game design.

So be interested in the world and the things in it. It almost doesn’t matter what you care about, there will be some solution to some problem somewhere in whatever you’re passionate about that can be applied to a board game. If you can grasp what’s good about it and successfully translate that across it’ll feel fresh and new to everyone – whether they go “Oh, I’ve seen this before, how nice to see a game about it.”, “I’ve no idea where this has come from, but it works for me.” or even the elusive “I enjoy this, but can’t put my finger on why.”

The second piece of advice I’d give is to be a grumpy cynic who sees problems that nobody else has solved or seems to care about. Not all of the time, that’d get tiring quickly and you’d have no friends, but have that available as a mindset that you can access. If you can see a problem that nobody is addressing then your solution to that problem can’t help but tap into something new that’s been previously neglected. 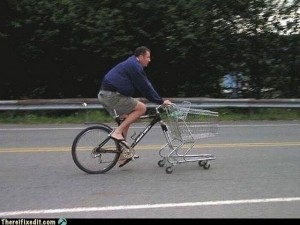 Wizard’s Academy came out of two conflicting desires: I wanted magic to be unpredictable and sometimes backfire and I wanted a game in which players decisions and strategies mattered. These were tricky to reconcile because interesting planning often revolves around having some clue what the impact of your actions are, which is at odds with the notion of having magic that acts as a barely controlled force of nature rather than a really good screwdriver (I wanted a link here but as far as I can tell nobody has written an article along the lines of “List of problems solved by the sonic screwdriver). Ultimately the search for a mechanic which encompassed those things lead to the spell grid, predictably it’s not  an entirely original mechanic, does a lot to make the experience of the game different to other games that you might have tried.

I don’t know the design process behind it, but I suspect that something similar may be behind the development of Brawl. I’d never been so disappointed in every other fighting game until I’d played that one and found that it created an adrenaline surge and experience that was more similar to (but thankfully not the same as) actually fighting. I don’t know if it came out of a designer thinking “I’ve punched a lot of people and none of my board games really get at the feeling of what that’s like” but it’s not a stretch to imagine that it could have.

I’m sure that there are other ways to generate innovative board games, by no means take my approaches as the one true way to do this thing. The fundamental message that I’d like you to take away today is this:

There is space for innovation and you can do it.

4 thoughts on “Room for Innovation”