I’m planning on launching Wizard’s Academy around March 16th and so have been soliciting reviews to help gamers decide if it’s the right game for them. There should be half a dozen previews going live on the day of the launch, Ricky (who is generally excellent) has half of his preview live here and will launch a second video during the campaign. Generally feedback has been positive, but not every reviewer has liked the game. That’s fine by me, I don’t expect that every person will like every game, but doing this preview/kickstarter model does afford me an option that would not be available to a designer working in the traditional way: I could change the game based on the reviewer’s opinion. 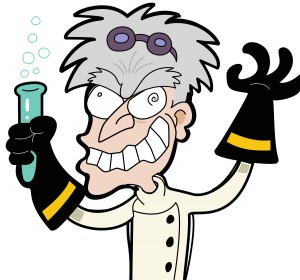 There are plenty of reasons that I’m tempted to make changes at this point. The main one is that I want to make the best game possible, I’m constantly revising, improving and updating based on feeedback. Sometimes that’s feedback I’ve solicited from playtesters, other times it’s people who’ve read or played the print and play file and reached out to me. Feedback is the life blood of design and is the best guide for where a game could use improvement.

It’s also tempting because it feels good to do. Criticism is inevitable, in any walk of life, whatever you do. It always feels better to be able to say “I see where that went wrong, I took it on board, I made it better and I’m stronger for it.” so I like to do that where I can. (It can also feel good to say “The critic is wrong, stoopid and a big meanyhead” but I wouldn’t feel good about being the sort of person who says that. Except when they are.)

There are also reasons not to do it. I tend to make changes once a complaint reaches some critical mass, if one playtester doesn’t like a rule but dozens of others enjoy it then I’ll tend to keep it. There’s a danger in allowing any individual opinion to have too much impact.

It could also be bad practice to make significant changes between the preview and delivery. What if a potential change altered the audience to whom the game was most suited, but backers made their decisions based on the previews of the pre-change game? You’d wind up with unsatisfied supporters, having undercut the qualities that lead them to become your supporters in the first place! 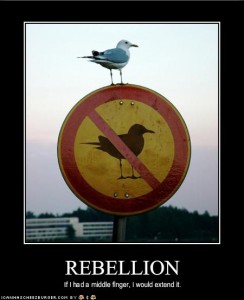 In this instance I’ve reached a conclusion that satisfies me: Some of the feedback is broadly of the form “This isn’t my sort of game”, that’s fine by me, I don’t expect Wizard’s Academy (or any other game I create) to suit everyone. Ultimately when I’m getting feedback like “Most anticipated game of 2015” I’d be a fool to make substantial changes to what is a winning formula for some.

However one of the specific problems identified is that the game can have a slow start, some players like that, but some play through the opening turns as quickly as possible to “get to the good bit.” This is eminently solvable, at the start of each game the board is set up according to a scenario. Writing scenarios which start the players with a bunch of resources and some fairly immediate problems can be done without compromising on any of the aspects that have made the game great for players with different preferences.

I was pretty upset to hear that a preview went poorly, especially from a reviewer that I respect on a professional level and like on a personal level, but I think that the criticisms raised were fair and just and that it’s afforded me the opportunity to make the game better as a result. For my part I’ll make sure that when the review goes live it gets the same billing (font size, links, etc.) as the more positive reviews – just like I did for 404 – because I think it’s short sighted to treat reviews differently based on their valence. Trying to encourage positive reviews with any tool other than making better games is to undermine the point of reviews and make yourself untrustworthy as a creator.

Which brings me, in a roundabout sevenhundredish word way, to my point: I don’t buy into the notion that creators and critics are in conflict. I think that there’s a synergy between the two. Now my story just now is pretty rare, the opportunity to make an active improvement to a game based on a critics opinions can’t happen too often – due to the limitations I described above – but I do think that good reviewers make better designers and good designers make better reviewers.

Anything a designer hears about a project does not limit itself to that one project. When I work on something my experiences, good and bad, that I’ve learned from previous projects drive my decision making. Past criticisms simply help to make the next game better.

I also find that the simple knowledge that my work will, at least on some level, be evaluated on its merits incredibly heartening. It’s easy to become upset watching games succeed because they have the right social media team or a popular artist or miniatures that people really hope will sleep with them and get to a state of wondering what’s the point of trying to make a game good as a game in such a world. Reviews are the main gateway by which “how the game actually plays” becomes a factor in which games get made, I’m grateful for that.

Now I’m not a reviewer, so I’m likely to be a little fuzzier on how designers improve things for reviewers, but I think that they do. It’s a simple truth that you can’t have a review without a game, but I think that the relationship between the industries is more complicated than that. I think that games that make an attempt to innovate (which in our context more often means an unusual combination of ingredients rather than devising an entirely new one, which is a rarity in this day and age) demand better reviews and that some reviewers rise to the occasion.

Ultimately the role of a good review is not to say “This is good” or “This is bad” but to aid the reader to make up their mind about whether they would enjoy a particular game. The more nuanced the attractions of a game, the more subtle and delicate its balances, the more insightful and the more articulate a reviewer has to be to achieve this goal. 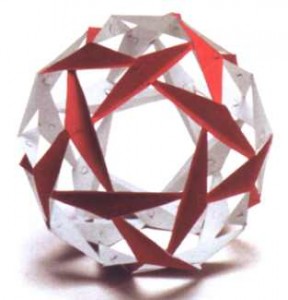 So that’s my stance on the relationship between designers and reviewers (in any industry), responding to criticism, the benefits and drawbacks of making alterations based on previews and a bunch of other stuff. I know that other designers and reviewers read this, I’d love to hear a broader perspective: How does that gel with your take? Have you ever changed anything based on a review? What’s the reviewer perspective on this?