Over the course of the last couple of weeks playtesting it’s becoming increasingly apparent that the hero conflict game is suffering for its theme. Mechanically it seems very solid, most of the praise it gets is about the gameplay itself, but the theme could not be more generic. Fantasy warriors fighting for, well I guess they like fighting or something? 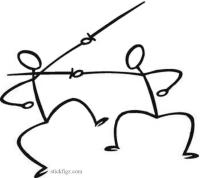 Generally I don’t focus on theme a lot, as a player I’m quite mathematical and tend to abstract a lot of things down to their underlying probabilities anyway. I’m generally not impressed with rethemes of existing games because they just serve to demonstrate that the game wasn’t reflecting its original theme very well and that the theme isn’t something that mattered.

The thing is that the theme should matter! It can make a game much easier to learn, as interactions between components follow a pattern that a person might expect from their real world knowledge. It can help players get invested in the game, a player who wouldn’t care about getting the Blarg away from the Krun for 3 points could be on the edge of their seat seeing if it’s possible to get the baby out of the fire before the house burns down.

Theme and mechanics also feed into each other nicely. Where there’s a gap in the mechanics a strong theme will often suggest elements that could be brought into focus. Generating new characters for Wizard’s Academy was easy because the theme let me know “Each new character needs a reason to be in the academy and a reason they’ve failed to learn any magic so far” which leads neatly into “What sort of special ability could this character have?” Mechanically Mona’s “Drain power from an ally to get a move” is great, it suits a cooperative game for a player to have to choose whether to do something that impacts on an ally. I’m not sure if I’d have arrived at that power from a starting point of “What sort of mechanic could I add.” rather than “What sort of power might a vampire have?”

So while I don’t get as much out of it as some other players I hold that theme is important. An’ I’d be lying if I said that there haven’t been times that I’ve got excited because of what a game action represented. Games should have strong themes, it’s just the act of retheming that I don’t like, because it so often demonstrates that the original game was flawed in some important way. 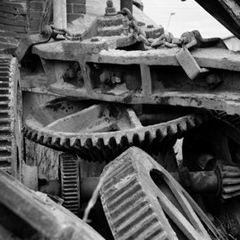 Oh, right, but it *is* flawed in some important way. Since I’ve not been working on it long and it’s been playing second fiddle to sorting out 404 shipping and Wizard’s Academy printing. So what do we want out of a new theme?

Also it needs to maintain the groups structure. Presently players choose groups of three heroes linked together as some sort of mercenary band. Where the present theme is enjoyed it’s for bands that have a strong group identity that’s then reflected mechanically. Having a group of samurai who get to do a devastating first strike if you can predict what your opponent plays next correctly has been neat. Powerful group identities help to make the cards stick in the mind above and beyond their statistics. 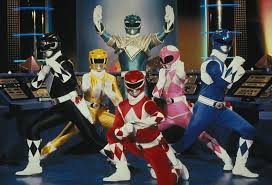 The solution that I’m trying first came from a playtester talking about cycles in Irish mythology. Over the course of centuries different groups came to inhabit Ireland, in each case being victorious over the previous inhabitants and ascending to become immortals (and showing up in later stories as such). With the handicap of a relatively limited pool of art it wouldn’t be possible to depict these tales in their original form, but the notion of a cycle in which mortals ascend to godhood is an interesting one.

Suppose we don’t have “conflict A” and “conflict B” but instead have “heaven” and “earth”. Each turn players select heroes to try to carry out their will, they war and fight and quest and conquer and become gods. Then the gods feud amongst themselves to form the earth to their liking. Cross conflict interactions come to make more sense as gods have different effects on the earth and the various worshippers might offer different bonuses (or penalties) to their gods.

With this a reason for the conflict comes into focus. The gods can’t agree on what form that a new world should take and the players are competing to forge a world in which what they care about is important. The groups of characters move away from being mercenary groups and instead heroes united by a vision of a future world. At the start of each game players choose four words to describe the world that they intent to create and gather the heroes who believe in such a world.

One player might decide to make our world and decide that its defining features are earth (as the quantities of water, air and fire in our world are small by comparison) love (as the best humanity is) ferocity (as the worst we can be) and death (as the driver of activity for most living things) taking the heroes for those elements. Another might decide to build a utopia of air, magic, nature and love while a third seeks to form a harsh world of fire, war, fate and catastrophe. Perhaps it’s the megalomaniac in me talking, but describing the world that my gods would build and fighting to pull it into reality sounds more exciting than “um…just because we wanted a fight I guess.” 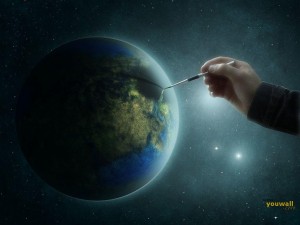 The fights don’t even need to be fights in the literal sense, just battles of will to form reality and cast the opposing gods out. Characters already have simple “power” scores and that lets me do less obvious things than simply having the gods of love be less directly powerful than the gods of war.

Defining them as “earth” and “heaven” also moves the game away from the conflict A and conflict B description that was so hard to write rules for. Now if a character needs a power to apply to the first or second conflict I can avoid rules text like “For the first round after being placed:” or “In the second turn of the conflict before it resolves:” and just write “Hero power:” or “Deity power:” Actually I’m not even sure I need the word power there, just one word to indicate whether an effect applies when the character is a hero (was just played) or a deity (was played last turn and survived to ascend).

This solves another problem, beyond the scope of what the rethemeing was supposed to achieve: It makes it easier to keep track of what the hell is going on. In a four player game there would be eight characters out at a time, each one with a power printed on the card. This could make it hard to understand which ones were and were not having an effect at any given moment. Being able to glance at a card and dismiss half of them as being in the wrong state to activate their power will cut down on that effort tremendously, which should help the game deal more elegantly with having more than 2-3 players.

In case it’s not obvious: I’m optimistic about this retheme, perhaps I’ve given not given rethemeing a fair chance in the past. We’ll see how playtesting goes this week 🙂