I’ve been playing the new Hearthstone expansion recently and I’ve not had a particularly good time with it. I’ve noted before that I’d enjoy Hearthstone more if they deleted every card with the word “random” printed anywhere on it and this expansion seems to be pushing towards more cards of that nature (A brief aside: There is a difference between “I don’t like this” and “This is bad” – I think this is actually going to be a good direction for the game as a whole). The thing is that there are other games which involve more randomisers than the average game of Hearthstone, because what bothers me isn’t the presence of the random factor, but the timing surrounding it. 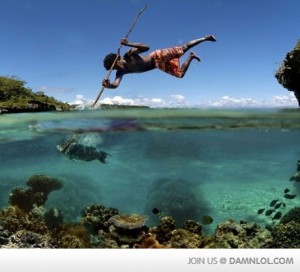 I hold to the perspective that games are about interesting choices. I like it when I feel that I’m making meaningful choices and seeing the results of those, I tend to enjoy games less when that doesn’t happen. The timing of a choice, a randomiser and a result has a fairly big impact on how I feel about playing a game.

If a game randomises something then lets me make a choice then I tend the feel good about it. I played a chess variant in which players shuffle the back row of pieces before the start of the game, but thereafter play normally. I enjoyed the introduction of a random element that made the start of the game less automatic and more novel, but once I start making decisions they’re more meaningful than the initial randomisation.

In most games random effects occur at some point during a looping turn sequence. Take Game of Thrones for instance, a series of random events occur at the start of each turn, but after that the rest of the turn is deterministic. I feel good about having a situation set up with some noise in it to keep me on my toes then getting to make decisions about how to react to those random factors. It bothers me to make a decision and then have a randomised outcome that undermines the actual choice in the game in the face of a random number generator.

This is proof that I’m deeply irrational. How is the situation in GoT different from making a series of decisions and then having a randomiser determine if they were the right ones? Arguably “Do this at the end of each turn” is another (simpler) way to write “Do this at the start of each turn except the first one”. Partly I feel it’s down to the timing of the result, I randomise, I make decisions in the context of those randomisation and then I see a result based on my decisions – but then this is just as intellectually dishonest. Why does the outcome of a battle qualify as “A result” but getting bonus troops for a newly taken territory does not? It ultimately comes down to how it feels. 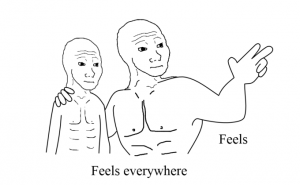 While ultimate victory or defeat in game is a culmination of all of the moments that lead up to it some milestone moments feel like they’re more significant. Killing a creature in Hearthstone or taking a castle in Game of Thrones feel like significant events and the feeling of agency that I look to experience (and create!) in games comes down to having a moment between the randomiser and the apparent result in which a player can make a decision to change its outcome.

I think this is how Hearthstone’s random cards differentiate themselves from other card games. In most games the random factor was introduced when you drew your hand and all of your options about how to play are open before you – getting the hand itself doesn’t feel like ‘A result’ but playing it does, so it feels like choice matters. If you play a card with a random effect then you’ve already made your choice and if the random number god hates you then tough. Knowing that this is irrational I have to ask the question: Is it just me?

I’m sure I’ll hear from people in the comments, but I’ve had an experience that suggests that at least to some extent it isn’t. During playtesing for an earlier version of Wizard’s Academy I ran into an issue with the random events. While I wanted a some of the players problems to be their own fault (e.g. “We’re all burning in that fire we started to kill the trolls! Oh our hubris, why did we do that?”) it’s necessary to have plenty of problems crop up on their own and for issues that players have started to periodically get worse. A series of events that influence existing problems seemed like a good solution to this. 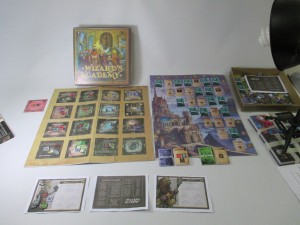 (You’d think I’d have a good image of a disaster card here. If I hadn’t left my HDD behind)

The problem was that players didn’t enjoy that they’d take actions, then a disaster card would pop up and they’d find critical events happened without them having any sort of ability to act on it. A number of solutions were proposed (and tried) ranging from gutting the disaster system entirely through to simply toning down the power of the cards, but for one reason or another none of them played out particularly well.

The solution that ultimately got the best feedback was to have players open their turn by drawing a disaster card for next turn and playing the one they drew last turn. Just having a little bit of warning was enough to shift events from “I feel that we lost that because we drew crappy cards” to “We should’ve seen this coming and done something about it” or sometimes even “We saw that coming and did something about it. Go team!”

The game didn’t become less random, ultimately the same events were randomised and to exactly the same degree – but the feedback I got (and still get I suppose, though this improvement happened a while ago) suggests that the timing of the randomisation makes a big difference to how the game is experienced.

(I think that’s a good place to stop this post, but there’s SO MUCH I feel I really didn’t get into. The nature of how these ideas apply to wargames and the difference between choosing all targets and rolling the shots vs choice-random-choice-random for umpteen iterations. The possibility that a computerised card games could implement their random at the draw step, for instance by having a card that becomes one of three cards when drawn rather than when played. Ah well, all things for another time.)