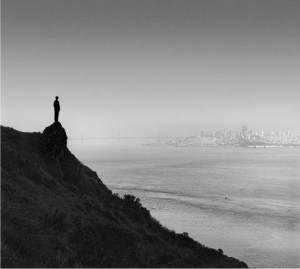 The reason to get this done is very straightforward: You want your playtesters to be your playtesters more than once. That means not putting games in front of them until there’s a fair chance that they’ll get something out of the experience and that you’re not wasting their time with something that won’t work. Which in turn means doing as much as you can on your own to look for serious problems and broken strategies before you show the game to other people.

The main thing that’s helped me test my games is to put a virtual player in each chair and play the game in their mindset when taking moves for that side. If I play all of the seats as myself I find that firstly I start to think of one seat as “real me” and try to make it win, secondly there are a whole host of problems that I miss because most games handle differently with different players and thirdly it gets really old doing the same series of moves for the same reason in a “perfectly symmetrical violence solves nothing” scenario.

Instead I find giving each chair a profile, that gives an idea about the nature of the player in that chair and how they take decisions, makes it more interesting and means that I can see how well the game responds to stresses created by interactions in different parts of the game. Different games require different profiles, but I wanted to spend today talking about some of the main profiles that I use and to invite you to tell me what sort of profiles you’d use in the hope of improving both of our collections of virtual friends. For each one I’ll give a profile and then talk about how they play three different games, let’s go for: Game of Thrones, Agricola and Wizard’s Academy. 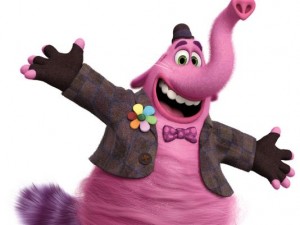 The hare: The hare looks for the theoretical fastest path to victory and takes that to the exclusion of all other considerations. The only question they ask when deciding on a move is “Which moves could lead to victory in the shortest possible time?” In GoT they attack cities immediately with little thought for long term strategy, in Wizard’s Academy they’ll blindly cast spells as soon as they’ve got glyphs in the hopes of discovering critical ones quickly. Agricola always ends after the same number of turns, so in this instance the hare personality manifests by seeking the most VP available now, always building whatever scores victory points right now rather than considering infrastructure for future turns.

The architect: The architect looks for the theoretical best possible thing in the game and then spends their game working towards that. In GoT they won’t take city five until they can take city seven, instead opting to try to build forces and set up a series of moves that lets them play three attacks to go from a modest position to a win in a single move. In Agricola they always want a maximum size stone house with a maximum sized family and start pushing in that direction from the first move. In Wizard’s Academy they horde glyphs in order to build staves or in order to cast several spells in rapid succession before binding them all in the library for a single action.

The obsessive: The obsessive picks one type of thing and absolutely follows through on getting as much of that thing as possible, there could be plenty of varieties of these for each game, the purpose is to check that one thing is not overpowered to the extent that utterly maximising it breaks the game. A GoT obsessive might maximise their power tokens, placing as many consolidate tokens as possible each turn, trying to be in a position to win every bid even if it hampers their board position. An Agricola obsessive might take all of the wood every turn, trying to deny it to other players and building as many fences, wooden rooms and wooden improvements as possible before they stop taking it. In Wizard’s Academy I used a slight transformation on this personality type to study the effects of players who focus on one particular problem. For instance having a player who doesn’t realise they’re not playing Flash Point who obsesses over extinguishing every fire that appears and will only focus on other tasks once there are no fires on the board. 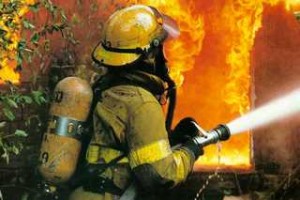 The aggressor: The aggressor is interested in winning by sinking everyone else’s scores rather than raising their own. They’ll score if they’ve got no other option, but they’re more interested in making sure that their opponents are completely and utterly destroyed. In GoT they attack other players before neutrals and pay special attention to making kills, by hitting troops that can’t retreat, playing swords of targeting routed forces. Wizard’s Academy is a cooperative game so a WA aggressor is just an obsessive who’s killing as many Imps, Trolls and Demons as they can reach. Agricola doesn’t have direct confrontation, but an aggressor will look for other players who are nearly able to build something excellent and try to deplete whichever resource they most need to finish it off regardless of whether they’ve got a use for the resource. Failing that they’ll take the starting player token to facilitate future aggressions.

The diplomat: The diplomat wants to use their hard skills to make agreements with other players at the table. They’re prone to saying things like “If you don’t attack me then I won’t hit you” or “Don’t take the wood I need and I won’t take the reeds you need.” I tend to simulate them by having them affect how the other player’s work as well as their own workings. The GoT diplomat doesn’t attack other players and they don’t attack him, instead they both compete for neutrals. Agricola diplomats don’t grab resources to screw other players and get the same in return. WA diplomats key into the most successful strategy another player is using and contribute to it as best they can. However if a player’s focus is in direct contradiction to the diplomat I’ll ignore these stipulations, so while most GoT players might pick another target first the aggressor will continue to hammer wherever possible.

The mathematician: The mathematician attempts to take the optimal moves for their own win without regard to the other player’s actions. In GoT they might look at the nearest collection of cities they can take to win and look for the minimum force strength necessary to take them and if necessary defend them from other players. However they wouldn’t notice that another player is one move from winning and suffer a greater expense in order to hit that player and stop them winning first. In Agricola they might engage in moves that’d generate a huge solo player score, but are utterly insensitive to the possibility that another player might take a big pile of food just before them and leave them with a pile of starvation cards. In WA they might make make a calculated sacrifice, losing mana to gain a particular glyph so that it can be duplicated but not consider that a hare might use it to cast a random spell before the duplication. 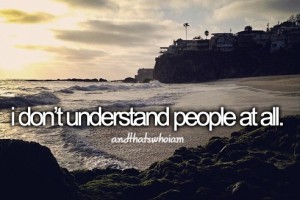 The worrier: The worrier considers the worst thing that could happen and spends their game avoiding that. In GoT they won’t commit to an attack unless no card their opponent might play could make them lose. In Agricola they’ll always grab food for the harvest before doing anything else. In WA they’ll try to remove threats before doing anything about completing the scenario.

The explorer: The explorer loves the unknown and will try to interact as much as possible with any element of the game that contains the unknown or the unknowable. In GoT they’ll bid heavily for the raven so that they can play with the wildling deck as well as avoiding any opening moves that have become standard. In WA they’ll try to cast every unknown spell, even if it is known that all of the remaining spells of that level are bad. Agricola typically doesn’t give the option to explore the unknown after the game start, so they’ll explore the most unique part of that particular game: Opting to get as many professions and minor improvements as possible over building components that are in every game.

The gambler: The gambler loves high risk high reward, trying to live on the edge of their seat at all times. In GoT they’ll try to bluff in combats, either hoping to draw out their opponents high card against a zero or winning battles with low cards when they could have guaranteed a win with a moderate play. In WA they’ll enter rooms that will kill them and cast spells blindly in the hopes that one of them will help. Agricola’s largely deterministic setup doesn’t offer a lot for the gambler, but they can still do things like waiting for the last minute to get food for the harvest and building up large stocks of materials for big builds in the hopes that opponents won’t be inclined (by nature or necessity) to block them at critical times. 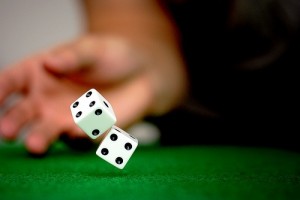 The thing is that none of these strategies are any good. You’d expect to beat someone executing them pretty much every game, but that’s the point – this sort of testing makes sure that the game is resistant to extreme strategies that would be dull to engage with time and time again. If the obsessive always wins then whatever they’re obsessing over is too powerful and is drowning out other aspects of your design. If the gambler always wins then the things in your design that you thin of as risks probably aren’t, you need to increase either the penalty for the risk not paying off or make the risk less likely to succeed. If the aggressor always wins then either your non-attacking mechanics are superfluous or there need to be some speedbumps to stop an early aggressor inevitably turning their gains into a long term victory.

The only profile that you can’t do without is one that I’ve not mentioned above: The player who plays the game in exactly the way that the designer intended. In theory this player should beat the other profiles, because your game should encourage people to play it in the way that you intended. If that profile isn’t winning then you need to revise your expectation for how people will play your game, or – perhaps more likely – you need to revise your game to better reward playing it in the way that brings out all of the most enjoyable aspects of the game.

I didn’t get around to mentioning all of the profiles I use here, but that’s a fair sample. What would you say are the main ones that you’d use in your testing?