Today I’d like to talk about the way in which people physically interact with cards, both naturally and unnaturally. This has an impact on graphic design, which in turn can have an impact on game design. So let’s get stuck right in with how people hold a hand of cards. Warning: Bad MS Paint art ahead.

The natural fan (1) is what most non-gamers will do if you ask them to fan a hand of cards. It allows a player to see one card in full and the top left corner or every other card. The portion of corner visible depends upon the number of cards in the hand, if the hand contains only three cards a player might fan to see half of the card – if it contains ten then only small icon in the top corner might be visible.

The reverse fan (2) is what happens when you ask a Magic player to fan a hand of cards. Most gamers will also switch to this style if important information is on the top right of each card. Functionally it’s almost identical to the first option, but making the top right visible rather than the top left. People who don’t play many games are sometimes thrown by a game that expects players to hold cards in this way, but will tend to quickly adapt.

I’ve read commentary that (1) is a right handed fan and (2) is a left handed fan, but I’ve not observed a handedness difference in this respect. Possibly because there is some variation in whether they prefer to use their dominant hand to hold their hand or to play cards.

The stack (3) is an unnatural way of holding cards that few players gravitate towards naturally, but that allows the top of each card to be seen. It’s impractical once a hand exceeds a moderate size, but sees some use where a player wishes to see the title of each of their cards. It can also be reversed, though this is necessary in few games.

The row (4) is a horizontal version of the stack and is even less convenient. A vertical stack is much more ergonomic than a horizontal stack, so the maximum hand size that facilitates holding cards in this way is smaller. It’s not seen in many games (even where key information is listed vertically down the side of the card) and is generally to be avoided.

So, as designers, why should we care? 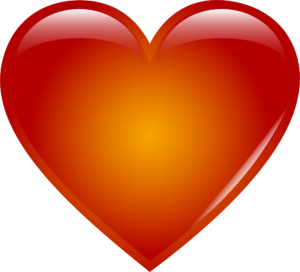 Icons are smaller than text and background colour is visible everywhere so making an effort to think about ways to categorise the most important information so that it can be put across by these assets is worthwhile. It’s also worth thinking about information that’s useful in different contexts and laying it out appropriately. A player can readily reverse a fan (Switching from 1 to 2) so if part of the information is most relevant in different phases it’s possible to have dual use cards that allow players to “bring up” the most relevant information to their situation.

The impact of the physicality of cards isn’t limited to how they’re held though. Consider this game of 7 wonders in progress: 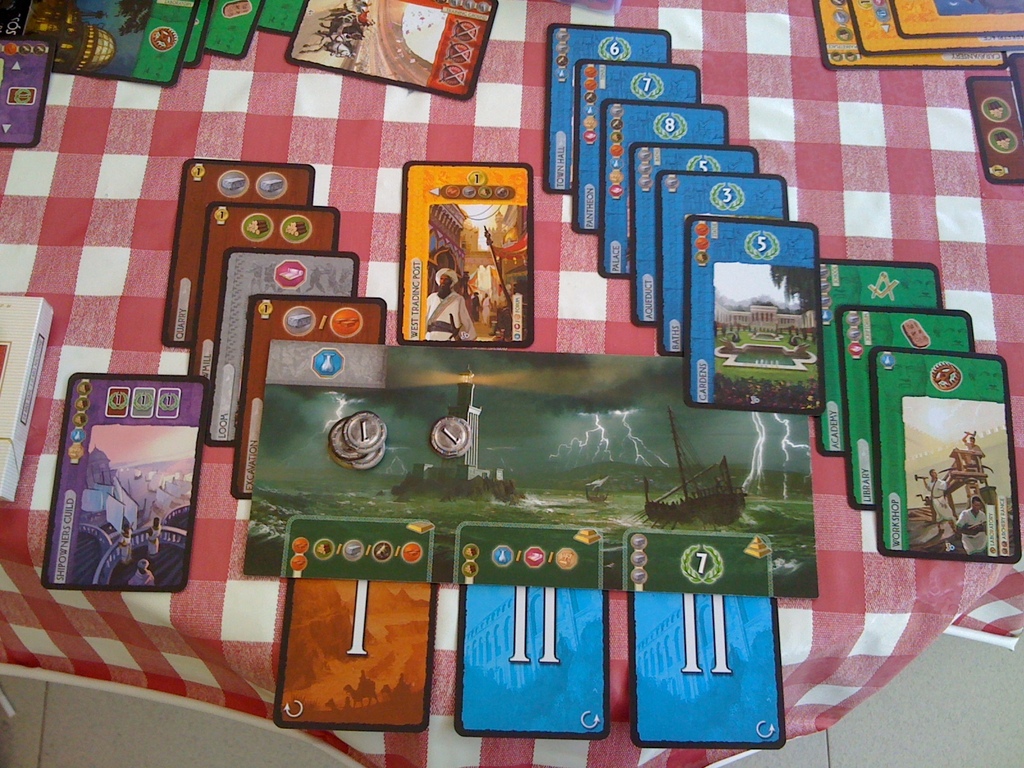 There wouldn’t be space on the tables to lay the cards out so that the full information on each of them would be visible. Finding relevant information from such a tableau would also be an awkward visual search task.

7 Wonders has done an excellent job in almost marking the “coverable” portion of the card with an image. A lot of cards use centered images, but here we see images in a bottom corner of the card making it clear that those portions can be concealed. It falls down on the “free build” images which are placed on the coverable portion (which sometimes leads to awkward hand 4 in 7 wonders games).

Thinking about how information is displayed makes it possible to find elegant solutions. If adopted from an early prototype stage it can impact the design, as it impacts how many cards of different types and what level of information complexity is practical.

Here I have a challenge for you: I’ve just spent some time googling unsuccessfully for a series of blog posts titled “The genesis of 7 wonders”. These would show early prototypes so we could see if my hunch that elements of the final graphic design were being considered early in the process and impacted gameplay is correct or not. These were once posted and linked to from here, but the links have gone dead. Does anyone know where these articles might be found?

I digress though – getting back to card physicality and its impact on design let’s look more closely at cards on a table:

Once a card goes on to the table a player’s experience of it will change because they are no longer orienting it to suit themselves (except in a solo game). It also may be on the table in front of another player and so physically far away from the player who wishes to see it. In this instance by “look more closely” I meant “look at from far away” – I’m contrary like that.

Some elements are more diminished by these obstacles than others. People vary in their ability to read inverted text, some have no problem, others find it completely impossible. By contrast icons tend to survive inversion reasonably well, though it is convenient if they have different shapes. Images survive moderately well, but a lot of the detail is lost, players can recognise an inverted image as matching one they’ve seen earlier more easily than they can search it for details (As they might need to in a game like Mysterium or Dixit).

The most survivable detail is colour, which is a mixed blessing. On the one hand colour coding cards allows players to identify an aspect of that card clearly regardless of distance or orientation – but on the other a portion of players will be colourblind. Tools like this can help to harden your game against this weakness, but there’s often a trade off between aesthetically pleasing and most distinctive.

With respect to our own work, all of this has come together in the Scandinavia and the World character card redesign. The new version (pictured above) is testing really well, but players need to match items in their hand to countries that want them on the table. The main tool for that is the image (the items also list the countries by name and show flags – but of those three elements the images are the fastest to interpret and most survive rotation) but this is in the top middle of the card – otherwise known as “the bit that players can’t see no matter how they fan their cards”. 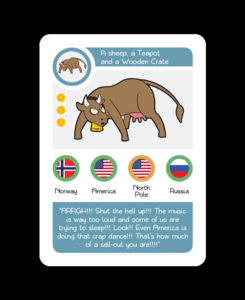 So we’re experimenting with putting a smaller version of the picture at the top corner of the image for easier matching. It doesn’t have to be 100% since players can check against the more detailed information on the card if they’re not sure, but hopefully that will resolve a lot of cases. If it doesn’t work other options include bumping the main image to the top of the card or sending the flags and names row to the top or bottom or switching them into a column and stacking them on one side. It’ll take a little playtesting to discover what will work most effectively.

1 thought on “Physicality of Cards”