Today I was asked about whether I was GMing the Wizard’s Academy minigame in such a way that I’d cheat in order to make sure that the players weren’t utterly ruined by the RNG. My instinct was to say “No, of course not, if it all goes wrong the it all goes wrong!”, I like fair play and generally I try to offer real risks rather than illusory ones. This got me thinking about the philosophy of lies and when as a GM or game designer (the roles are similar in some respects) you would choose to mislead your players.

From a game design point of view it’s relatively easy to fool a player, at least on their first play through. The factors that players will associate with importance are relatively well documented (and easy to derive through playtesting) so it’s possible to make an element look important when it isn’t. Humans are terrible at cumulative probability, so often you can make an option look more powerful than it really is. A designer has the opportunity to mislead players about their games, so the question becomes: Do you want to? If so when and for what reasons?

One option would be to modify the learning curve of a game. If a game is structured such that players are likely to make a mistake on the first play, but recognise it and avoid it on the second time around then they artificially get that nice surge of brain chemicals associated with better mastering something. In principle this is related to a whole bunch of other mechanics and ideas that influence how hard a game is to master and how many plays are required to reach mastery, a designer looking to achieve a particular learning curve could use these lies to make their game more rewarding to play.

How many players buy copper in their first game of Dominion? It seems to be a mistake that’s very common for first time players and very quickly something that they learn not to do again. I’m not saying that this is a deliberate deception, but the game has (and possibly benefits from) this effect of having an apparently attractive option that reveals itself as being unattractive. There are elements that contribute to this, both mechanically and thematically. Suppose cards were purchased with skill rather than wealth and the money cards were rethemed as “Unwashed Peasant” “Semi-Skilled Labouer” and “Master Craftsman”, people would find it easier to think “I don’t want too many unwashed peasants”. It’s a more natural thought than “I don’t want too much money”. 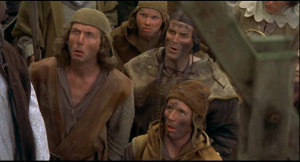 Another reason to try to disguise something would be to offer players the opportunity to mislead each other about them. Imagine a version of Shadows over Camelot in which the optimal move was always obvious. Perhaps that doesn’t take a lot of imagination, I certainly enjoyed my first few plays of that game more than subsequent plays in which everyone had a much stronger grasp of the best moves. A traitor game benefits from obfuscated or misleading probabilities as it makes it possible for players to make genuine mistakes (giving the traitor some much needed cover) and makes it possible for a traitor to talk players into a sub-optimal play while sounding plausible. These things all serve to enhance a core aspect of the game.

Finally deceptions in design can create tension. Where a game can make a little risk feel like a huge risk it can add a lot to the feeling of the game. The feeling of “This is a million to one shot, but it might just work” is something that a lot of games try to capture, but offering an actual million to one shot would always be anti-climatic, because it never (over a statistically average number of plays) “just works”.

However despite all of these benefits this sort of deception has one serious drawback. 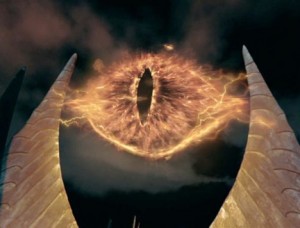 As soon as someone sees through them they not only cease to work, but tend to have the opposite effect to what is intended. A game seems shallow when its secrets are revealed. A traitor is obvious when they’re obviously experienced enough to know not to fight the damn dragon. Things that are actually threatening suddenly create no tension as players stop trusting the game to deliver on its threats. Ultimately it’s an approach that only works in the short term, when applied to a game that’ll be played many times it seriously risks harming the replayability of the game.

That’s not to say that this sort of method couldn’t be used, some games that have examples of it (whether deliberate or accidental) are great games. Other mechanics can pick up the slack and that can be particularly effective if there are deep mechanics that only become apparent to players after they’ve played a few games, leading to a transition from “Oh, it’s obvious I don’t want so many unwashed peasants” to “Huh, I wonder if you should manage this setup with no peasants at all?”

So what happened with the Wizard’s Academy minigame that started this whole line of thought? The short answer is that I don’t know! On the one hand replayability doesn’t matter so much for a game that’s a one off affair to add something extra for the Kickstarter backers, on the other it feels like honesty in this is important even if I’d be cheating to get them extra stuff. I’m not sure that I will know until I’m tempted by some outrageous turn of fortune, which (due to the nature of an outrageous turn of fortune) isn’t too likely to occur at all.

Perhaps we’ll never know, but if I do find out, I’ll be sure to let you know when it’s all over and the dust has settled 🙂

1 thought on “Philosophy of Lies”