One of the things that people like about Escape the Nightmare is that it’s extremely fast paced. I never thought that I’d get a reviewer to write something positive about losing a game in seconds but there it is. However the manner in which Escape the Nightmare manages to set its pace is something of a bludgeon. Causing players to lose if they don’t do things fast enough is a very artificial way to set pace, so lets talk about other methods of setting a pace. 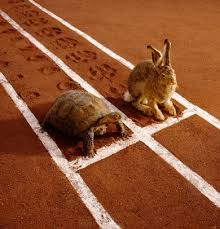 The first thing to understand is that every game works best to a certain rhythm, it doesn’t need to be fast paced, but that doesn’t mean that pace isn’t an issue. A long form 4X strategic Goliath of a game that has carefully considered moves can easily have a pace in which the game is played slowly and players take a few minutes to consider their options each turn – but it’ll still bog down and be unplayable if a player suddenly decides they need half an hour. A constant flow of actions and interactions helps a game tick along, whether the flow is fast or slow.

I’d also like to draw a distinction between having consistent pacing and avoiding downtime. Avoiding downtime is great, but it doesn’t suit every game. Heck even a game with simultaneous action selection and resolution can have still too much downtime if one player takes (much) longer to make their decisions than the others. Pacing is related to downtime and good pacing makes it easier to deal with downtime issues – if there is roughly the same amount each turn other aspects of the game (capacity for off turn action, capacity for off turn plans to stay relevant etc) can be built around it. However it also helps to build the emotional investment in a game, it’s easier to make something feel as an exciting conflict building towards a climax if there aren’t irregular chunks of non-activity scattered throughout.

Achieving a consistent pacing requires two things: The first is that players are able to take their turn (or action or whatever) in the desired time frame and the second is that they’re motivated to do so. The former is usually not the issue, though games that are played extremely quickly need to have some thought put into how their components facilitate that. Pit is a great example of this sort of thinking, since it’s had so many reprints over the years. Cards need to communicate what they are incredibly quickly and their value/rarity fairly quickly and they always solve the problem in broadly the same way: By having a large image communicate most of the information and the rest fairly prominently displayed in a manner that suits fanning cards.

The second point, motivating players to keep the game pacey, is a much harder one to achieve. Players have a natural tendency to draw out some moves. There are a few reasons for this: Most game reward long thinking times, there’s no inherent penalty to taking a long time to consider a move and increases the chances of making a good move. Emotionally it feels better to be in control of a situation too, a portion of players will labour a move simply because it’s their turn and they like it being their turn more than they like it being someone else’s turn. Inherently if your game rewards playing at a certain pace with victory but is more fun to play at a faster pace then there is a tension that you need to resolve. The opposite problem exists, where a game would be more enjoyable to play slowly but encourages players to rush in, but this is a much much rarer obstacle. So I’ll focus on trying to get players to play more quickly.

There are some “brute force” approaches that work extremely well for particular kinds of game, the two mentioned so far are:

Time Limit. Players have limited time to succeed. This doesn’t have to be a short time limit as it is in Nightmare. The mechanism has been successfully employed in slower paced games, the archetypical example being Chess timers.

Race. Players need to do something before someone else in order to win. This is the approach that Pit and most other real time competitive games use. There’s no absolute limit 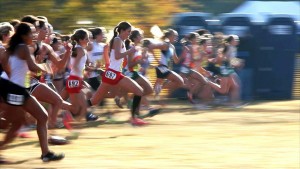 Shallow Gameplay. It may seem odd to read this as a positive point, but there is a reason that so many shallow games exist and prosper – it is an aspect with positive effects and this is one of them. If you’re playing snakes and ladders you’ll never stop for twenty minutes to consider your next move, there is one move (roll the dice) and that’s what you’ll go for. That’s a deliberately extreme example, but you should never write off the possibility that a small sacrifice in depth of play could lead to a large gain in how enjoyable a game is.

Enjoyable off turn. The more you can do to make it fun to be off turn, the more players are motivated to perform their own turns quickly. Party games like In a bind master this with the simple understanding that it’s more fun to watch someone else contort themselves than it is to wrap your own ankle around your face. However this can be implemented just as easily in much crunchier games – I’m sure you can think of at least one time you’ve been itching to pass turn because you can’t wait to see the other player fall into your expertly laid trap. 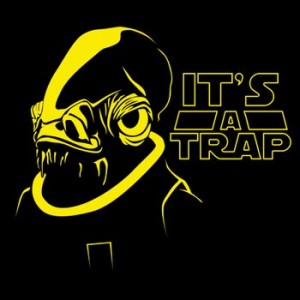 That last one drives me towards one final approach that I think is often adopted by accident along the way to achieving a more important goal. It’s nice to be concious of all of the benefits of a good design decision though as this helps a designer to balance trade offs so I want to mention it anyway. A great game will always give players…

Something to look forward to. If a player is looking forward to something that will happen in the future of a game there’s a stronger motivation to keep things moving in order to get there. You can see attempts at this across genres of board game. Part of building an army is the anticipation of using it. Part of advancing along a tech tree is not just what you can do with this tech but where you want to go next. Part of being the hidden traitor is seeing if you ultimately get away with that risky move. Heck any time a game forces you to choose between a short term and long term option you’ve got the motivation to be a few turns in the future and see how that decision panned out.

A good game will probably take a mix of approaches (or simply a mix of that last one with itself, creating several complimentary reasons to explore the future now rather than later). It’s always worth considering pace because a lot of time playtesters will report pace problem as other issues (downtime issues, game length issues, engagement issues) so it’s a good thing to bear in mind and consider what parts of your toolbox can be used to modify it 🙂