When watching a set of new players try a game and comparing their experiences to advanced players, it seems apparent that they’re not really playing the same game. I’ve been playing a bit of Legendary Encounters: Predator recently. The experience of someone who’s worrying about deck thinning and average damage curves is having a very different experience to someone who just hits the biggest thing they can and then buys the biggest thing that they can. While one is obviously more effective in terms of winning the game, I don’t think that it’s necessarily more fun. Both seem like valid ways to enjoy the game.

This is leading me to think about optional complexity. Some games, rather than being defined as a “light” or “heavy” game, can be played at various weights depending on the preference of the player. Legendary probably isn’t the best example of this, but traditional games like chess that are enjoyed by amateurs and experts with vastly different levels of experience and in fundamentally different ways might be more prototypical of the class.

How this is achieved is of particular interest to me, as it’s a significant obstacle to developing the Scandinavia and the World game. It needs to be fun for people who have come into it from the webcomic, while having enough meat on its bones to satisfy the more serious gamers who’ve supported some of my other projects.

I think that the key element in optional complexity is having something that players can do to improve their situation, that’s got a fair bit of crunch to it, but that includes a ready default that allows players to ignore that section of the game if they don’t feel like a heavier game. 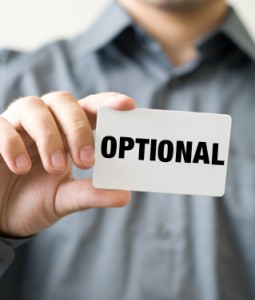 Something like chess achieves this by giving players the option to think a dozen moves ahead (afforded by the perfect information zero randomness elements of the game) but making it equally possible to play the game without doing so.

On a very basic level it’s possible because the optional complexity doesn’t require any additional rules, avoiding raising barriers to players who do not wish to engage with it. On a slightly deeper level it’s functional because the gameplay works at both levels, there is a meaningful challenge in looking at the best short term option even if both players aren’t thinking far ahead. There is a meaningful challenge in exploring the tree of possible moves and countermoves if both players are. While the rules don’t change, divergent meaningful gameplay exists for both groups.

I think that those are the critical elements to optional complexity:

Let’s talk about something more modern. 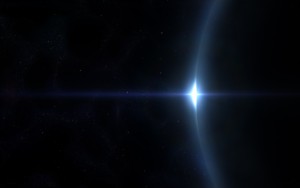 I’ve been playing a lot of Legendary, but it always feels cleaner to go back to Dominion when drawing examples from deckbuilders. It just seems to have fewer distractions, which makes it easier to get to the meat of the issue.

I don’t think I play the same game now that I did before losing however many hundred hours of my life to isotropic. Before the first move I’ll consider whether the game is going to end on provinces or piles (and if so which piles). I know what deck I want to have by the end of the game and can see the intermediate steps to get there. An opponents first few actions are extremely meaningful in signalling what approach they intend to take to the game, which in turn suggests adaptations that I should make.

Now I’m sure all of these things were possible in my first game, but the point is that I didn’t do them. I’m not sure if I paid any attention at all to what my opponents bought and I know that I didn’t think about which end state I was heading for, I just wanted to make my deck better and considered how that’d look for the next turn or two. Over time I’ve changed as a player and the game has changed with me, I look to get different things out of playing it and those things are there.

Again, it has the attributes described above. No additional rules are required to consider these things – the game needs an end condition whether you’re planning for it or not, the cards need to be open whether you’re using that information or not. Both experiences are meaningful. I didn’t enjoy my early games less because I sucked, I don’t enjoy more recent games more because I see more details to them. The sort of skill used in both is different – it’s not a move from caring a little about a trajectory to caring a lot, it’s a move from caring about one set of attributes to prioritising a different set. 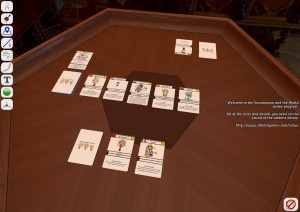 One of the SatW games has a similar attribute that has almost emerged as a result of driving the design from divergent gamer and non-gamer testing. I’m almost certain that this direction is going to be discarded rather than developed into the final project so I don’t want you to get excited about it, but hopefully how it’s come out is somewhat illustrative.

Previously a player had an array of characters that they could activate to use various abilities. When a character was used it went on the bottom of your deck and it’d be a little while before it became available for use again. The “gamer” playtest group had a great time with this version of the game, but the “non-gamer” set almost entirely rejected it. Once more than a few characters were active the number of decisions available seemed overwhelming and that things would combo off each other in ways that felt unintuitive to people who weren’t used to combo play as a concept. 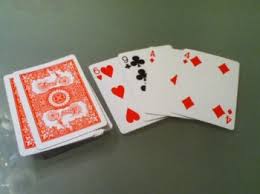 That enables a lot of the play that people enjoyed about the first iteration of the game. Combos still exist, they look like “Rearrange the top three cards of your deck and play another card -> Each player reveals the top card of their deck, whoever reveals the highest card steals all revealed cards” However there’s never more than one card to deal with at a time, building them is simply placing the card next to its partner in your discard pile when you first get it.

Due to affordances people who don’t want to think about where to place a card tend to simply place it on top of the discard pile. This feels like a natural thing to do and is an unstressful alternative for players who’d prefer not to engage with those elements of the game. Of course they do badly by comparison to people who do, but this doesn’t seem to impact negatively on their experiences nearly so much as the feeling of being out of their depth did.

I’ve written before about how people tend to attribute to luck what they should attribute to skill – but I’d not really considered that people doing that tend to enjoy a game more for it. There’s definitely a section of players who like luck based games and enjoy being able to laugh, cry or cheer in the face of the winds of fate. Even when fate is fairly directly demonstrably the result of someone’s foresight.

It was a fun experiment to try and it’s nice to see how optional complexity can move a game from “Too complicated for some players” to “Fun for everyone” without passing “Too light for some players” Ultimately while opinions of the game have improved it’s not testing as well as other options and is presently not the favourite to be the final version.

I think I learned something from doing it that I’ll be able to apply elsewhere and hopefully it’s interesting for you too. What sort of ideas have you tried to capture optional complexity and how did they go? 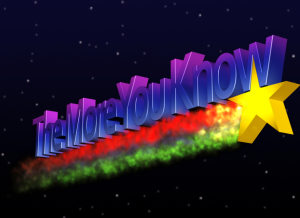