Welcome to the second part of the opening engagement posts, if you need to catch you can read the first post here or make do with the following summary: A lot of people will judge something by their initial experiences, but often games provide their best experiences to players who have got used to the game. Therefore there’s a challenge in game design to make a game show off it’s best assets as soon as possible. Cutting down the setup and rules explanation time can help with this, as can identifying the best your game has to offer and focusing the design around making those occur as early as possible. I’m not sure why that took one and a half thousand words last week, but if you’d like to see a similar lack of brevity then keep on reading. 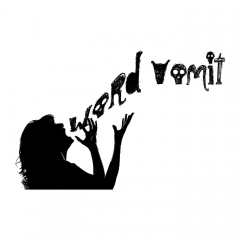 So, let’s suppose that our game offers an transcendent experience, elevating our players to a state of unbridled joy and making them question why they would ever have sullied their hands with any other game. However in order to experience this the player has to play the whole game through several times and the game is not short. We’ve tried everything to overcome the limitation but no force on heaven or Earth can provide a shortcut. What do we have left in our box of tricks?

The next logical step is to facilitate the process of reaching the ideal experience, so that players are both willing and able to undergo it. Last week I touched on the notion that players engage with games to fulfil several needs, whether it’s exploration, competition, self improvement, whatever. Importantly, most gamers are trying to fulfil more than one need. Sure a player might primarily really enjoy a deep and intellectual challenge, but that doesn’t mean they’re not interested in the game as a form of expression, just that given the choice between these desires they’ll peruse the former. A good game satisfies multiple needs and a great game can satisfy many. We can use this to bridge the gap between putting the box on the table and achieving the high point of the game.

Implementing this is a matter of finding something that’s complimentary (or at least doesn’t detract from) the core of what makes your game special and finding a way to insert it into the game such that the high point is reached more quickly and that reaching it leads the player along the path towards the experience that you’re hoping that they will have. 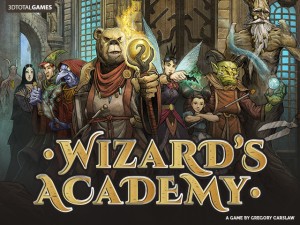 I’m going to use an example from Wizard’s Academy since it’s a process that I hit on somewhat unintentionally during its design and then we can start taking a look at some games that do this far more successfully than any of mine. The design of WA was driven by trying to appeal to instincts of exploring and experimentation. I felt that these were underused motivations in the board gaming world, partly due to the way in which repeated plays of games can dull them, if the game is not carefully crafted. I don’t think that the game has a particular problem with reaching the elements that appeal to that instinct, players start experimenting with spells a few turns in and it doesn’t stop until the end of the game.

In the early prototypes I noticed that the moment at which the playtesters seemed most excited, attentive and engaged was flipping a new spell for the first time. The sort of reactions I got to that moment told me that I was on to something. Increasingly I felt that the setup and first few actions were a price paid to reach that moment, but that a few experimental casts, particularly when they lead to threat interaction results, tended to be what drew people in. That was the moment that people went from “I’ll give this a go” to “I care about this game.”

Then in the later prototypes I was surprised to find that for some players that moment was reached at a much earlier point – before setup was even completed. I’d been refining the rules (obviously) but generally it’s tough to make setup an exciting part of a game, especially a game with discoveries as a lot of setup becomes about successfully not knowing stuff. The thing is that it wasn’t the rules creating the effect, it was moving on to a better prototype with more art. The moment that some players “bought in” was this:

“I wanna be the bear”

Now obviously that’s somewhat trivial and wouldn’t carry a player through a two hour game – but I think it’s presence illustrates this sort of bridging perfectly: Not every peak has to be the high point of the game. If you can create a little peak, that appeals to some sort of desire to play, then it won’t matter that it’s a little peak so long as your game has something else to offer before players come down from it. It can’t be all that you do but it can go a long way to carrying people to the deeper enjoyment of your game where otherwise they might not make it.

So anyway, that’s my story of how I came across bridging, as an accident, for a game that didn’t really need it and in what I’m sure isn’t the optimal approach to implementing it. Upon having that realisation in that playtesting session it became apparent that it was something I’d experienced dozens of times before in hundreds of games and had never consciously recognised. Perhaps I should’ve read more rambly articles about game design 😉

Recognising the concept and how it can be applied lets us turn our attention to other games, to consider how it’s been successfully applied and what aspects of that we can draw on to improve our future designs. Let’s start with something obvious. 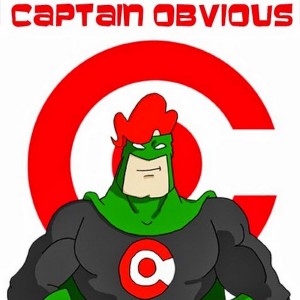 Scanning my games shelf I can see Fury of Dracula, XCom: The Board Game, Britannia, Game of Thrones and Arkham Horror. It also really should have Battlestar Galatica but I never seem to get around to buying it. These games have two things in common. One is that they all require a degree of investment to get to their best moments, nobody uncovers a cylon on their first turn of Battlestar or kills a great leader in their opening Britannia move. The best moments in the game are typically further in.

The second is that they’re all based on something that I know, understand and am invested in before the game begins. Whether that’s because I fell in love (or loathing) with some characters in a book or down to an inherited desire to see the Scots take over the country this time there’s an early hook. Something to make me care about the outcome of the game before I know how the game is played and before I’ve got to the enjoyment that’s really at the heart of the experience. Heck most of these are great mechanical experiences that would be doing something interesting if they were converted to abstracts, but I think the theme helps.

In pursuit of this goal, theme really is the low hanging fruit. Players don’t have to learn a lot about a game or how it works to experience the theme, so it’s an easy thing to offer to generate some engagement before reaching the main course that the game has to offer. However some players aren’t interested in theme, some will mentally strip away the theme and try to look at the delicious mathematics beneath. Fortunately this approach works mechanically too, it just requires a different sort of touch. 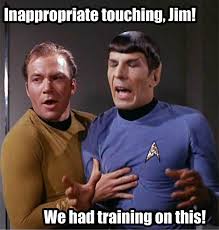 Let’s talk about Dominion, a game that was arguably only successful because it had the good fortune to be released before other games had been inspired by Dominion. I must’ve played some hundreds of games and the thing is that the enjoyment that I get out of it now is completely different to the enjoyment that I got out of it during my first game. Presently the best moment of the game is the revelation of which approach was superior and the second best moment is when the ten random piles hit the table and my brain starts chewing at the puzzle of how to approach this particular set.

I think it’s a game that took a few games to reach the point of being interesting. It’s hard to appreciate the meaning of a particular set of actions if you’ve never played with any other actions and don’t have any practical experience of what works with what in what ways. I still enjoyed my first game though, despite not really getting what I’d consider the mechanical heart of the game. I think we can probably agree that it wasn’t the theme that did it, since the theme is only slightly weaker than Aquaman in a desert.

Partly I think it was down to exploration, the mechanic was new and experiencing new things in games is definitely special to me. I was only half joking about that good fortune to come out before it had been out line 😉 However it’s also got a sort of mechanical aesthetic that I liked, I could see that it was a more elegant way to get across some of the things I’d enjoyed in some TCG formats. That tickled me. Of course there were some competitive elements too: Playing a game in which everyone is a new player is a particularly special form of competition for me. It’s pure in a way that subsequent games won’t be, you’re not seeing who’s thought of the best strategy or read the most articles or played the most games or memorised the most moves. You can get straight down to whether your brain is good enough to dissect the new thing effectively on the fly or not. A game has to have the right amount of crunch to trigger that, enough for decisions to be meaningful but not so much that you feel like you don’t get it and are just trying things to see what happens. 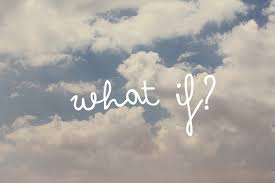 So that’s it for bridging, I hope that the end of the article was worth the wait 😉 What games would you say achieve great bridging to a fantastic long term experience via mechanical rather than thematic means? I’m not entirely satisfied with Dominon as my example, but while I had other games that I felt did it more effectively I didn’t feel that I could articulate the whys and hows as strongly. I’d love to pick this subject apart some more, I’m certain that there’s more I could learn about it.