Last week’s playtesting post was picked up by a podcast which discussed the ideas I raised in the context of how they applied to computer games. Talking about the cross proliferation of ideas between industries reminded me of how many lessons I ported over from Extra Credits when I got started. That in turn caused me to start rewatching those again, which inspired this week’s blog post. On some level this is about Skyrim (one of the writers of which contributed a scenario for Wizard’s Academy – gawd game desing an incestuous world).

The video talks about learning from some of the failures Skyrim’s opening, in particular how it fails to deliver on the core engagement of the game in the first ten minutes. I don’t believe that this is directly applicable to board game design, but it seems to be a specific instance of a general question that can be applied to any creative work in any media:

“How long does it take this thing to start to deliver on the stuff it does best?”

The first ten minutes of a board game are less important than a computer game, for some games that’s not even long enough to get the thing set up. The expectation for how rapidly a board game will start to deliver is lower, but I’d argue that it still exists. There’s a definite difference between a game that on turn one makes you go “I’m doing the awesome thing and loving it”, one that makes you go “The first few turns are kind of set up turns and I won’t really get to the meat of the game for a little while.” and one which makes you go “We all need to have played two or three games to get to know the game well enough to truly deliver on what actually makes it awesome.”

That doesn’t mean that games that fall into the third category are bad games, but it’s a definite weakness in a game and if I could get to that really engaging part of the game sooner then I would. I think that it’s always desirable for a game to start to delivering on its main selling point as soon as possible, though in some cases that’s simply not possible without compromising some other key aspect of the game.

Let’s get into specifics. There are really three things to do, each of which could be their own article, but I’ll try to fly past them.

Getting playing as soon as possible is simply about minimising the time from picking up the box to starting the game. That means making the setup process as quick and simple as possible, it also means making the rules learning process quick and easy too. These are things that I reckon every designer tries to do so I won’t spend a lot of time here, but I’d like to highlight a few ideas around the subject.

A simpler initial state leads to a faster setup. A lot of games start from relatively humble beginnings, I like moments in Game of Thrones in which there are lots of nearby armies with shifting alliances between players and lots of neat options for how support and raid orders might interact – but we start the game by sticking five(ish) pieces onto the board and the game itself is able to spiral upwards into a more complicated game state. The game isn’t a poster child for an easy setup, but given that it requires a complicated one it does do a number of things very well. Giving each player a card with the “how to set up your house” bit on it does a lot to divide setup work between the players, which also helps as some groups are prone to having one person set up the game while everyone else waits.

Another option to cut down on a lengthy setup time is to make the setup itself a part of the game. Consider the monstrous task of universe building in Twilight Imperium. Taking it in turns to place systems subject to certain rules allows players to start constructing their long term strategies before the first turn has truly begun. In our group the placement of bad systems becomes part of negotiations and sometimes alliances are made (and even broken) by the end of the setup step. 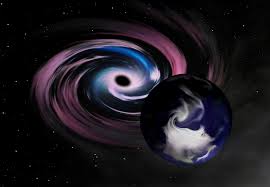 Cutting rules learning time down is also an almost universal goal. That’s far too big a topic to cover in passing, there are entire technical writing courses that don’t begin to cover it. A few interesting ideas that have been tried include games that start with simple rules and evolve as players get used to them (Man I’m still looking forward to trying Pandemic Legacy) and games that try to offer a tutorial (such as Space Alert) or even try to lead an opening with a blow by blow “Here’s what to do for the first few turns” (such as the opening master scenario in Tragedy Looper). All of these are interesting ideas and can really work in the right context, none of them are a magic bullet that would work for any game of any type however. A lot goes into making a game approachable.

That was briefly? Man I really need to learn how to write with any brevity. Which brings us to step two: Get to the point as soon as possible.

There are a lot of reasons to play games. You might play to master the game, to beat your record, to beat another player, to experience something interesting, to explore something, to create or display something or for a host of other reasons. The chances are that any given game taps into some of these motivations more than others. There are probably some specific experiences or types of experience that a game has to offer that does them really well.

It’s good for a game to start tapping that as soon as possible – I think that most people instinctively know this and make a big deal when introducing it to new players. Sometimes this goes well, other times it goes badly, let me talk about an example of each. 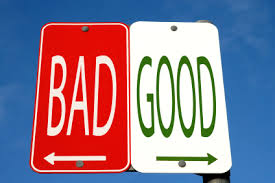 When I see people introduce a new group to something like One Night Ultimate Werewolf they make a really big deal of handing out the cards. They typically give them out with great drama and cautions about making sure nobody else can see them and lead with something like “Some of us are werewolves, they’re going to try to kill all of us, we don’t know who they are but they know each other. We have to find them first.” There is a very human desire to solve mysteries and games like this can tap into that to fantastic effect. Getting from “We’re halfway through the setup” to “You know there’s something you don’t know and you want to know it” does a big part of the job of hitting into the core engagement of the game. Of course the real meat of it comes once people start lying to each other and trying to figure each other out, but that thing that’s at the core of the game, the central mystery, is introduced to new players early and that can be effective.

By contrast I’ve seen a lot of people who aren’t great at explaining things botch introducing new groups to something like Dominion. The issue they run into is that one of the things that keeps that game engaging is that it gets those lovely puzzle solving bits of the brain producing happy chemicals the moment a new set of ten cards hits the table and you try to figure out what sort of deck you can build with this set. That’s a type of engagement that’s very hard to share with a brand new player because this is the first time they’ve ever seen this set of ten cards and getting anything out of the solutions you’re looking for requires a certain level of understanding that people rarely have from their first play. Players who try to get new players interested but put what they love (and hope the new player will come to love) about the game first so often trip over themselves with something like “Look at this set, there’s a Pirate Ship and a Chapel. That could let you play the pirate ship every turn, which is awesome cause then it’ll trash most of your opponent’s treasure and you could get your pirate ships to be worth eight a time. Oh eight’s an important number because of Provinces and it’s not like Chapel directly lets you play something every turn it’s more to do with deck thinning which is…” It’s cool that the player is excited, but really hurts getting the new player engaged because the information flow is garbage.

Now that seems like advice for people explaining rules rather than game designers, indeed “Don’t focus on the stuff you love, focus on what’s an easy order to absorb information” is useful thing – however it matters to designers too. The way in which you construct your game impacts on how quickly someone can get to the core engagement – if you can front load something that makes players go “Wow, I’m really in charge of this thing that’s going to explode and kill everyone.” then that can have an awesome effect on how people experience your game for the first time. However in some cases you can’t do that, sometimes something is genuinely awesome but simply can’t be done if players haven’t had time to develop a position or figure something out or try a game for the second time. For those occasions, there’s bridging.

Which I’ll write about next week, since this post has already gone on for far too long 😉