In some of the discussions of the use of miniatures of Wizard’s Academy I mentioned that I don’t particularly value miniatures as part of a game, which seemed to cause a great deal of shock and alarm in some individuals. This is going to be a difficult article for such people to read because I’d like to talk about an aspect of game design that’s rarely discussed, but that I’m sure everyone does: I make decisions that mean that I find my games less enjoyable so often that I couldn’t begin to estimate the total number of such decisions. 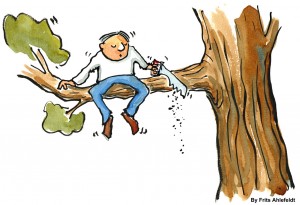 This tendency is so pronounced that I’ve worked on games that I don’t particularly enjoy playing. Some of these never made it out of the prototyping stage, but I published 404: Law Not Found and I tend not to play it. The rating I’ve given it on BGG is below the average score and so drags the overall rating down a little – I think it’s a good game and I’m normally willing to play if someone else suggests it, but it’s never my suggestion. Mostly because I made design decisions that I personally feel makes it less fun – but why did I make them? Am I a chronic bad decision maker? Some sort of really odd industry saboteur?

To understand it we’re going to take a detour into statistics to talk about a problem called overfitting. If you already know about it then feel free to skip ahead until just after the next image. Otherwise read on: Sometimes you’re trying to build a model to understand something and have a limited set of data to work on. Lets say we’re trying to model the relationship between chocolate and happiness and have this data:

We could conclude from this data that every even numbered chocolate increases happiness a lot and each odd numbered one reduces it a little. That’d explain all of our data and is technically more powerful than the general case explanation that chocolate makes people happy in explaining this sample of data – but it doesn’t apply to the world at large because in our zeal to make the model fit our data we’ve specialised it too far, trying to accommodate little bits of noise between similar data points. That’s an overfitting problem.

Going back to game design, the opinions of one playtester represent a single point of data. If one playtester tells you that a card is underpowered it doesn’t mean much, but if many of them have the same objection then it’s time to change the card. If you only have one person evaluating what’s good and what’s bad then you end up generating an overfitting problem in your game design – which ends in a game that’s spectacular fun for that one person with the quirks – but kind of mediocre for everyone else.

How many of me are there?

Often I come across a decision in design and it comes down to “I personally like things this way, but nine out of ten playtesters say that they’d rather bathe their eyes in caustic acid than play with this rule again.” In these situations the right thing to do is almost always to suppress my own voice and listen to what the people are telling me. After all, what is the point in playtesting, if you only listen when the playtesters tell you things that you knew anyway? 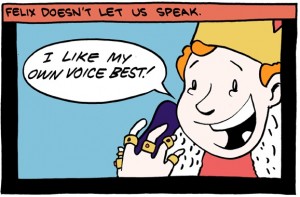 So in a great number of ways my games are not for me. Of course I start with something I’m interested in and when I have a free hand I make decisions that I think are good decisions, so I suspect that my games still suit me a great deal compared to the average game. However I have no shame about saying “Personally, I would be more likely to buy this game if it didn’t have minis.” or “Personally, I can name a dozen games that I’d rather play than this one.” because all statements of that form come with the rider “I did things that way because I genuinely believe that on average, the decision improved the experience for more gamers than not.”

I think that there are a lot of times that looking at the world in this way is productive. I’m often pretty unhappy when something makes my life harder in what seems like a needless fashion and being able to take a step back and say “That makes sense, I can see how this would make 95% of peoples lives easier, it just happens to be a pain for me in this situation that I happen to be in.”

I’d love to say that this leads me towards a mellow life of contemplation and calm, but it also makes me twice as enraged when I come across something and see “This has been set up for the convenience of the 5% of people who had a hand in setting this up and is awful for everyone else.”

So today’s lesson is that you will be a better designer if you can take a step back and see what decision does the most good for the most people, irrespective of your own preferences. Also while this won’t make the world less frustrating you’ll at least be angry with people who deserve it 😉 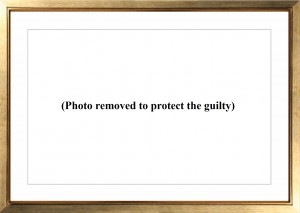 3 thoughts on “My games are not for me”