Another designer has challenged me to generate some games that can be played using only a small set of dice and no other components. I think that I’m allowed to assume that the players have a surface to roll the dice onto, but after that I can’t involve any other components in my response. I hold that games are at their best when they present players with interesting choices to make, so since I’m designing in a very limited space I want to map out all of the choices that a person can make about rolling a dice. 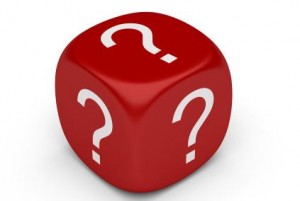 The first choice a player makes is which die to roll. I’m limited to a standard set of dice (D4, D6, D8, D10, D12 and D20). I can probably include the virtual dice D2, D3 and D100 as most players are happy to simulate those. After that options are limited, I could use a lookup table to create a virtual custom dice, but the rules have to fit onto a business card so using tables to generate a pseudo-custom die is going to be very expensive in terms of the proportion of the rules that I’ll need to dedicate to it (Side note: Aha! I can also assume that the player’s have access to a business card.) So there’s an opportunity to try to generate rules that create interesting decisions in terms of which die to select for a given action.

It might be tempting to limit that to the results that a die could roll, generating situations where there might be a tension between getting a predictable result (Best D2, worst D100) and getting a high result (Best D100, worst D2). However that’s not the only attribute that dice have, they also have shape. If (for example) it matters where the corners of a die point to then the extra attribute (“number of corners on a face”) follows an uneven progression (4, 4, 3, 4, 3, 4, 5, 3). They also have colour, which is an attribute that could be customised depending on the needs of the game.

They also have weight and density, it seems hard to make that matter, but perhaps if you are rolling a die to displace a previously rolled die it could matter. Or if a die is not rolled at all, but stacked on a tower – though shape matters more than weight for that – and the result showing when the tower falls down is important somehow. If the player has a choice of which die to use, there are a lot of attributes to take into account, a game could lean on any number of these to make the choice interesting. 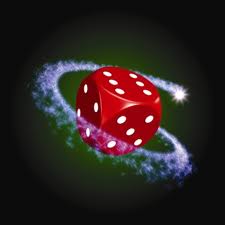 Having selected a die to roll, the next step is to pick it up. Generally this is an automatic process, but it could be made into part of a game. Suppose the game state limited a way in which a die could be picked up, requiring a player to use a limited number of fingers, or do it without it contacting another object already in hand, or doing it with their teeth. If there are restrictions that make it difficult to do, but offers some choice in how it might be approached then another interesting choice could be created. It would also add other factors to the “which die to choose” step above.

The next step would be to decide where to roll the die. I suppose they could make this decision before picking up the die, but my hypothetical die roller doesn’t think very far ahead. Despite the behaviour of some players, generally people don’t just fling dice at random, they tend to have a goal in mind – even when that goal is simply “Don’t spend the next five minutes hunting for a die on a carpet only to eventually give up and tread on a D4 later that day.” A game could modify the effects of a roll result based on where the die winds up, making the decision of where to roll a more strategic one.

In this case we can manage some fairly complex area control mechanics: We’ve got a surface, a buisiness card and potentially other previously rolled dice. The table can be divided into sections using the card (Above the card, below the card etc.) the die results can impact areas around them either generically (Two dice closest to each other) or based on results (Furthest from any die showing the same result as another die). The latter seems more interesting since it generates a combined consideration in which die to use and where to roll it, as the result of the roll may change the game in that area. 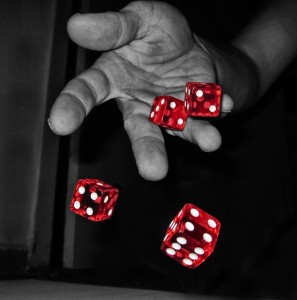 Finally we get to the actual rolling of the dice. In theory there are a lot of choices here, the back of the Hackmaster player’s guide has a series of illustrated guides to different dice rolling techniques. However in terms of interesting decisions there’s less space here, ultimately the purpose of different means of rolling a die is to produce a random result, so if there’s a way to perform them that reliably produced better results it would defeat the object.

Of course, as mentioned earlier, rolling isn’t the only option for dice interaction. They can be placed, flipped, flicked, stacked or otherwise interfered with in an unconventional fashion. Any set of rules could specify what manipulations were permitted under which circumstances and create more decisions in terms of when, where and how to use them.

There’s also a landmine to watch here in terms of what needs to be specified. If players can gain an advantage by having their die stop at a certain point it’s almost inevitable that someone will try to drop the die from a low height onto the target, rather than rolling in the intended manner. Even if this step isn’t being used as an intentional part of the game some degree of specification may be required depending on the implications of the rest of the rules.

So now the die is rolled, we’re done, right? 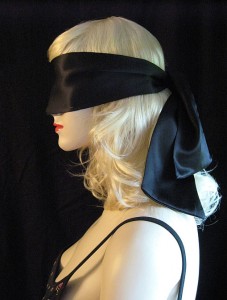 Not quite. The last step of rolling a die, which again most people perform without thinking about it, is to view the result of the roll. Having spend a fair amount of an awesome wedding reception yesterday playing liars dice (This isn’t what made it awesome, nor was a first halo rather than first dance or cutting the cake with the family sword – it’s about two people who know what’s best in life and are wonderful to each other and the people around them getting together) that’s something that a design can mess with. It’s pretty easy to hide the result of a roll from an opponent, equally it’s at least plausible to design a game where the results of a roll are hidden from the player who rolled it. How the information about the result of a roll is observed and disseminated can impact a game – either as a choice (Do I want to hide this roll?) or to make other choices more interesting (Does she really have a three or is she just bluffing?)

Well – over 1000 words on the series of decisions made in picking up a single die and rolling it! Going in this sounded like it would be a challenging way to design a game, but thinking about the process in detail has produced more ideas than I know what to do with. I’ll have to try a few with small playtest groups and see what turns out well. At least prototyping will be easy 🙂

2 thoughts on “How many choices are there in rolling a die?”