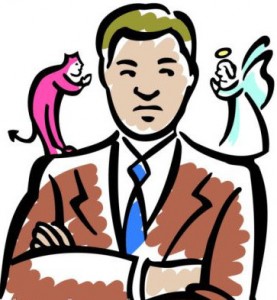 To an extent how this plays out comes down to the dynamics and priorities of a given gaming group. The sort of problem that falls out of this conflict can be dealt with on a social player level (i.e. Form gaming groups of people who play similarly and play games suited to your group’s style of play) so there’s an opportunity for designers to wash their hands of it and say “Not my problem.”

Unless it has to do with logistics (Where you won’t get away with it anyway) I tend not to find that a particularly satisfying approach. So let’s get into it!

A lot of players hold to an unwritten rule that if a game has a stated objective then there’s an imperative to play the game in the way that most efficiently achieves that objective. They also tend to hold other players to this, claiming that it ruins the game if someone has joined in with alternative goals like “Make Bob lose because he beat me last time” or “See if I can spell my name with the pieces while making only legal moves”. To an extent this is true, a lot of games are intended as a form of competition and balanced in such a way that they break down if a minority of players decide to ignore the objectives and play erratically.

As a designer I never want someone to have to choose between playing well and having fun. I think that it’s part of a designers job to write rules such that the fun option and the efficiency victory option are the same thing.

Certain types of games achieve this almost automatically (If the game otherwise achieves its core goals). In an abstract game the draw of the game is typically to understand, master and enjoy the system that it presents. Finding and understanding the good moves in the game is where a lot of the joy in playing should come from, so good moves and entertaining moves inherently match up.

Thematic games have a harder time. I played a game of Heroquest a while back in which the players were repeatedly killed for basically the same mistake. The player to the right of the dungeon master loved opening doors, which meant a door would open, monsters would be placed, he’d finish his turn and all of the beasties would get a go (damaging and killing a fair portion of the group). The optimal strategy is for only the player to the left of the master to open doors or explore new areas, so that every player has an opportunity to kill something before it gets to act. However moving up to a door and not opening it is a boring turn, compounded by the fact that playing an optimal game might often mean doing nothing, watching as a door is opened and everyone else wipes out the contents of the room, then moving up to a door and doing nothing again. The optimal strategy isn’t fun (for the player in that seat) and the fun strategy is deadly (for everyone).

Some of the developments that went into later dungeon crawlers, such as Descent, combat this issue. Allowing players to go in any order no longer forces such decisions on to a single player which dilutes the problem considerably. Also having the villain draw cards each turn creates a time pressure, that leads to defeat if players take too long – shifting the optimal strategy away from “Position yourselves perfectly before exploring any new area” to “Waste the minimum amount of time maneuvering”. It’s still a poor idea to open a door after every other player has moved, but it reduces the number of “I do nothing” turns in an optimal play considerably.

Neither of these games are extreme examples (Plenty of games are worse, plenty are better), but the progression between them illustrates something important: A designer should work out what people enjoy about their game and then organise the rules such that achieving victory involves doing the enjoyable thing as early and often as possible. 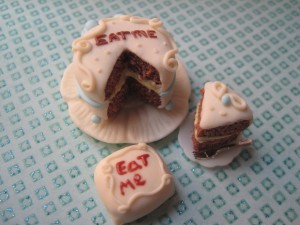 In writing 404 I was able to do this very directly, if a playtest group enjoyed something or even just joked “Wouldn’t it be great if…” that thing would almost certainly go on to become one of the directive cards. Since each game involves drawing objectives from a large stack and the objectives can be of different difficulties there was a fantastic opportunity to implement this directly.

With the design of Wizard’s Academy I was a little more experienced and have tried some things that are a bit more subtle. Playtests seem to imply that it’s working but it can be hard to be sure.

Each iteration of the game put more emphasis on the elements that people enjoyed more in the previous iteration. Over time that’s come to mean a lot of focus on the spell grid, the moments in the game that seem to get the best reactions from players are:

As other decisions were required they were taken in ways that emphasised these points. The scenarios and spells are written such that a player may still experience a new spell that they’ve not seen in play before having played a dozen games (Though I’ll push to make this higher through stretch goals). The differences in kind between spells of different levels dramatically change what the players are capable of, sometimes rendering old challenges redundant – but new more difficult challenges are introduced to the game in order to keep it challenging. The interactions between spells, items, abilities, rooms and threats are significant enough to create plenty of opportunities for those “Aha!” moments. 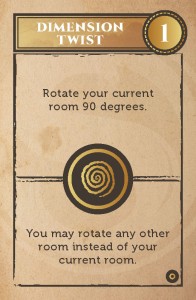 On the other end of the spectrum the rules also try to discourage boring play. Earlier versions of the game permitted players three actions per turn that they could use in any way and allowed them to share resources freely. This lead to it often being ideal to have one player sit on a source of resources and collect them for the other players to use, which was no fun at all for the player in this position.

Each player gets one action that can only be used for movement each turn, rewarding more dynamic strategies that have players switching location and function more frequently. Resources are not shared freely, instead players need to share in advance and the ability to draw on shared resources is more limited (even if it’s you sharing them) which serves a double purpose of introducing more relevant tactical decisions and making it sub-optimal to have a player sit in one place gathering resources to share.

There are still problems, but as the game has developed I’ve been pleased by the extent to which players wind up performing actions that both ultimately benefit achieving their objective and that they enjoy doing. I’d recommend any game designer look at their game through the lens of “To what extent do the objectives that I’ve set encourage players to behave in ways that will lead them to enjoy this game.”