“We really need to persuade the queen to take action, I’ve got the best diplomacy bonus at +18, what’ve you got?”
“Well we can all aid another for another +10”
“Good, what else?”
“You can borrow my hat of Charisma for +4”
“Great, anything else?”
“I could cast Eagle’s Splendour.”
“Doesn’t stack with the hat.”
“We can take the prince with us, since we rescued him he’s probably worth another +2”
“Does that count as our masterwork item bonus?”
“Grab my cloak just in case.”
“Alright, any more bonuses?”
“Sure I’ll set you on fire.”
“Great, then … wait! What?” 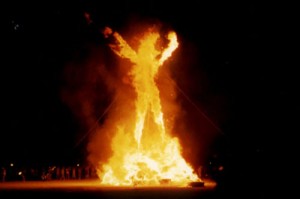 This isn’t too far from a conversation that our Pathfinder group legitimately had. The player – actually I’m going to go ahead and refer to him as a hero for this line of reasoning – in question figured that setting fire to yourself was worth a +2 to +4 Charisma bonus. He reached this conclusion by applying the scientific method, which is to say he compared a set of flaming creatures to their non-flaming counterparts, there may even have been a T-test.

In this system a skeleton is charisma 10, a flaming skeleton is charisma 12, the only meaningful difference between them is that the second one is on fire. It’s chance to persuade you that it’s not really a monster at all, but actually a scout in fancy dress here to sell cookies has increased by 5% because it’s on fire. There are also gems like this dotted throughout the lore:

“Beginning at 5th level, a pyrokineticist can activate this ability as a move-equivalent action. Flames that harm neither the pyrokineticist nor her equipment engulf her entire body. While she is aflame, the character’s Charisma score increases by 4″

I think that our hero came within a hairs breadth of persuading the GM to accept the ‘Flaming monarch persuasion” plan.

In the end it was abandoned, but I found the design question interesting. In a lot of places in the system (and it’s a vast system) being on fire seems to provide this sort of bonus. There’s no way a game designer sat down and went “I make friends more easily when I’m on fire, I’d best make sure the game reflects this.”, so how did it wind up in the project?

I reckon that it was a consequence of other parts of the system. If I walk down the street nobody is bothered, but if I light myself on fire those around me start to panic, so a flaming Greg is probably more intimidating than the vanilla kind. It’s likely that the designers of individual monsters often wanted to boost the intimidate score of flaming creatures and achieved this by boosting their Charisma figuring that the other effects wouldn’t matter because what sort of necromancer has their skeleton try to persuade people it’s selling cookies anyway?

On the flip side of the coin, Charisma is used to determine how powerful spells are for sorcerers and some other types of magician. Setting fire to yourself is relatively straightforward, but doing it in a way that ultimately benefits you is more of an act of magic. So when designers started writing spells and classes to do this what they really wanted to write was “You are surrounded in a nimbus of fire and your spells get more powerful” but that came out as “You set fire to yourself and your charisma goes up” as that’s a more elegant way to provide bonuses to that activity in this game.

So what’s the take away lesson for designers here? You could conclude that it’s necessary to look at all of the interactions in your game and try to avoid this sort of nonsense emerging – and that’s probably true for relatively small or simple games – but I think there’s an argument for embracing the bizarreness of it all. 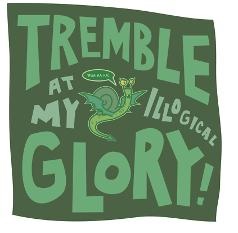 Generally things like this are obscure enough not to be noticed by most players, but those who do notice it tend to enjoy the act of noticing it and playing around with the ideas it generates. Sometimes these become core parts of a game. I’m not sure if the first iteration of Iron Kingdoms was designed with much attention to the sometimes substantial benefits of shooting your allies in the back, but players who discovered its effectiveness loved it and subsequent editions, faqs and rules clarifications have codified exactly how this works. I’m pretty sure that as they’re testing and rebalancing units, considering actions like this are an active part of their refinement process. Ultimately the game is stronger for the designers embracing the emergent properties of their game.

In some cases a counter intuitive rules interaction is a problem and needs to be squashed, but I think that as a designers it’s always worth considering all of your options. So the next time your perfectly sensible rules lead to an unusual interaction, before you leap in and fix it, ask yourself “What does the game look like if I embrace this?”

I’m going to start using categories on my main blog again since there have been complaints about it being hard to find old content. The categories all got deleted in the great server wipe and I’ve never got around to reinstating them – which is likely to be a long and thankless task. If there’s demand for it I’ll go through the archives and sort it out, but if not I’ll just start categorising again starting today.

The In a Bind kickstarter that I wrote about last week funded. I honestly didn’t expect it to, when it was only 50% funded but two thirds of the way through the campaign, I thought that Bez would have to spruce up the campaign and relaunch. I thought it would be a real shame because it was one of those times that the game was damn good, but the pre campaign marketing hadn’t really come off, I’m so pleased that he’s making it and I’m looking forward to my copy. If you look at the kicktraq there’s a little blip where people read the blog post, so I’m guessing some of you are responsible, I wanted to say thank you for helping a cool thing to happen 🙂

I don’t have empirical evidence for any of the claims relating to the effects of setting myself on fire in the blog entry above, but – and this is very important – I am very much not looking to collect any. Please do not surprise me with help in this respect, it will not be appreciated.