Recently I’ve had an interesting conversation with Morten that’s got me thinking about how linguistics shapes game design. Once you have a term for something, it becomes easier to think about – this is a relatively reliable finding across cultures and situations. So when someone comes to understand a phrase like “runaway leader problem” then they tend to get better at doing things to avoid their game having that sort of problem.

A lot of it comes down to working memory, game design solutions don’t always appear neatly when sitting down to work on a project, sometimes they come to you in the shower, on a walk to somewhere or at any other time that you don’t have a damn pen to hand. Thinking through problems requires holding all of the relevant issues in working memory, which gets easier when you think of “runaway leader” as shorthand for “that problem when someone gets ahead they can leverage that advantage to get further ahead rendering the rest of the game irrelevant in the face of their early lead”.

Given that, I wonder if it’s possible to engage in some sort of linguistic engineering, where we come up with and spread terms that shape game design in ways that we’d like. Here are some suggestions:

Ureal: An aspect of a game that skirts or flat out ignores realism in order to create a better gameplay experience. Generally some of these are desirable but too many will tank a game – it’s also good to think about them consciously.
“I want to have a tetris puzzle for loading the pack with a little cardboard counter for each item, but that’d make all of the flexible objects ureals.”
“Be careful when playing this game, there’s an ureal that lets tanks ram helicopters.”
“There are ureals on things more relevant to your core gameplay than gender, so this is just a realism excuse.

Garden: The extent to which a game has the capacity for organic situations to emerge during play. Avoids forcing a relationship over giving elements properties that cause the relationship to emerge naturally.
“I don’t think Power Grid needs much of a garden to be a great game.”
“The interplay between different secret objectives add a lot of Dead of Winter’s garden.” 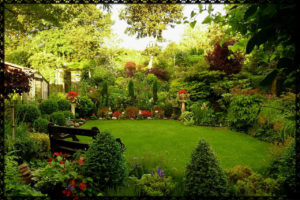 Skillsassinate: Winning a game due to good choices in a way that’s difficult to distinguish from luck. Common in games that rely heavily on cumulative probability or other forms of probability curve that humans are terrible at estimating.
“The turnover system leaves new Bloodbowl players unable to tell if they were skillsassinated or just rolled badly.”

Combovative: A combovative game is an innovative one that introduces no new mechanics of any kind. Instead it combines existing mechanics in a unique way or in a manner more refined than previous games have achieved. This is where most of the room for innovation is anyway.
“New mechanics are extremely rare, but there’s still a lot of combovative games coming out every month.”
“It might sound old hat, but upon playing it it was a really combovative game.”

Failhands: The act of accidentally moving pieces in a way that irrevocably damages the game. Either moving pieces so significantly that the players are unable to accurately rebuild the game state or revealing secret information that once seen cannot be unseen.
“Better to have player store the counters behind the screen face down in case of failhands.”
“You need these counters to be at least 2cm across to reduce the chance of failhands.”

XorX (Pronounced Zorks): A decision designed to make the player’s feel like they have a meaningful choice, but actually their chance to win has been (or will be) determined regardless of the choice that they make.
“Which weapon to take is really an XorX decision because the player doesn’t know and can’t meaningfully predict what they’ll need.”
“What if we showed the disaster cards a few turns in advance to make these sorts of choices less XorX?”

Gamespiral: The process by which games and the people working on them get better. A term for the entire system of game designers helping each other refine their work. Publishers doing quality work to realise game’s potential. Reviewers contributing their vision and their honesty when it really matters. FLGS really understanding what they sell and demoing new things. Cooperation that makes everyone smarter and better. Competition that’s fierce and encourages the exploration of new vistas. Taken together, the whole process is “Gamespiral”
“I share my thoughts in blog posts to help the gamespiral.”
“I like what Ricky does to the gamespiral, I’m glad I met him early in my career.” 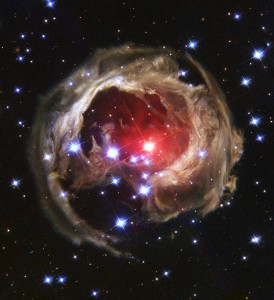 I had some ideas about phrases for my Kickstarter experiences too – “Tradeblob” “Devil’s Tradeblob” “Flash” “Flashback” and something I’d now probably term “Kickspiral” but I feel like the gamespiral is a great concept to leave a post on. Something just feels right about it as an idea. Perhaps I’ll do a Kickstarter version of this post at some future time.

What do you reckon? What terms would you like to catch on and influence how we design games?