In about a month I shall be launching my fourth Kickstarter campaign. Before I launched my first I received a lot of advice about how important the month in the run up to launch was and that has shaped my thoughts as to what will happen next. So today’s post will be sharing what’s worked for me in building the crowd, what I intend to do this time around and ends with an idea for something I’ve not tried before but would be interested in hearing your opinion on.

So the first thing is to talk to all of the people that have been around for the rest of the year – a friend isn’t just for launch month 😉 There’s a lot I do to be involved in game design and to refine ideas throughout the year. I’ve also got a mailing list consisting of everyone who’s agreed that they’d like me to tell them if I’m launching something – I always promise people who are signing up that they won’t be spammed so I try to mail this very infrequently – but a month before launch and again on launch day is reasonable.

Continuing in the vein of “things you already should have done” it’s also a date by which you should’ve already sent review copies of the game to anyone who’s going to be nice enough to write about it. There are some reviewers who will rush something through in a month if you pay them extra (or even just because they’re lovely and really want to help) but it really is best not to apply that kind of pressure.

I have a spreadsheet of reviewers that I’ve spoken to in the past, it contains which games they’ve reviewed for us and anything they’ve said about their preferences. I’m always trying to get games to reviewers who like to review that sort of game, so it is indispensable to have an idea of their preferences.

I consider it important not to list whether a review was positive or negative. A reviewer offers their time and their honest opinion – if they don’t like something they have a right to that. It even saves you borrowing trouble in the long run, if the reviewer doesn’t like the game the chances are that some players won’t like it to. It is a good thing for them to find that out before they’ve backed the project – you don’t want a lot of angry players who have got something that they’re disappointed with.

The only way to get a red mark in my reviewer sheet is to offer a review, receive a copy of the game and write nothing. Prototypes can be expensive and time consuming to make and I’d rather not waste them. I’ll happily offer a new game to reviewers who didn’t like the last one – frankly reviews are information for your players, more reviews is better than fewer reviews. 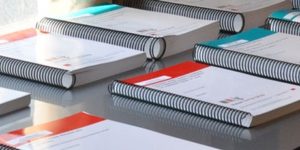 So – it’s a month to go, you’ve got your mailing list and reviewers have their advanced copies. What else is there to do?

Just getting the word out is a good start. There are lots of places that people discuss games, so posting to those places to let them know that your game exists is a great thing to do. However just spamming it to each place is bad for everyone: The site doesn’t work the way it’s supposed to and you’re not going to make any friends doing it.

My policy is to keep a list of places to visit and to try to visit them all and post something there every few days. The important thing is that the “something” should be relevant to what is already being discussed, not my Kickstarter. If it happens that there is a discussion in which it’s relevant, great! It’s not uncommon for someone to say “I’m interested in games with this mechanic” or for a blog article to say “What do you think of this idea?” and for your game to be relevant to that. If so, great, mention it and throw in a link – but the first thing is to be relevant. Before hitting post ask the question “If the game mentioned wasn’t my game, would this reply still be about the original topic and add something to the conversation?” only hit post when the answer is yes.

I’m not sure how effective this is, since it’s very difficult to track where different people heard about things during a campaign, but it’s good to keep up to date on what’s going on. My favorite places to frequent are boardgamegeek and the tabletop game design subreddit – but I also enjoy islaythedragon’s village squares and cardboard edison for pointing me at lots of other things that are interesting. I do tend towards game design discussions over game play discussions, but it’s probably better to engage more broadly. 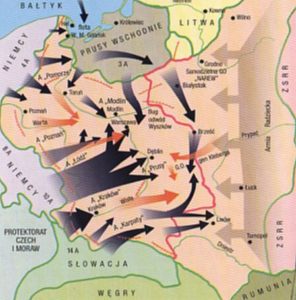 So that’s what I have been doing so far and will do again this time. I know that some creators like to run formal advertising in the run up to their launch – banner ads and the like – but I’m never sure that money spent doing that wouldn’t be better spent during the campaign when someone clicking on them can pledge immediately. Perhaps I will dip my feet in this year and spend some budget in the week leading up to launch to see if it has enough of a positive impact to justify doing it – if so I’ll report it here! But that’s not what I wanted to ask about…

There was a card design, a while back, that got removed from the game. However I’ve still got the original art for it and it wouldn’t be hard to put together a file for it as a promo card and get a few hundred printed up along with the main print run of the game. I’m considering including as part of the “launching in a month(ish)” email an offer to send a promo card to anyone who does some simple things to help with the campaign. Something like this:

“We would like the Scandinavia and the World game to be a huge success and to do that we need lots of help. If you’re willing to spend a few minutes helping us with the campaign, then we’ll include a promotional card in your copy of the game. Here’s what you need to do:

That’s it! We don’t want you to have to put in loads of work and spam anyone, we’re just looking for a suggestion of a site to look at (which doesn’t even have to be for this game), an extra pair of eyes to check the page before launch and a single post to talk about the campaign. If you want to do more to help us then the extra help is very welcome, but that’s all we’re asking for the bonus card.”

I’m in two minds about whether it’s a good idea. A lot of people would help anyway, just because they like us and/or the project. Also given the backlash about Mona during the Wizard’s Academy kickstarter I’m hesitant to do something like this that might give some people the impression that “they’re not getting the full game”. On the other hand it probably would motivate more people to help us than usually would and it’d be lovely to have something to give back to the folks who do. There’s nothing stopping us putting the promo into the BGG market and making it available at conventions we attend for the die hard fans who really want it but (for whatever reason) miss the chance to still be able to get it.

So what do you think? Is this a nice thing to do or a disaster waiting to happen?

Good luck with your projects and happy gaming 🙂