A question for this week: If a game is going to have infinite expansions and you’re not going to simply forbid the use of earlier material – is it possible to prevent power creep? 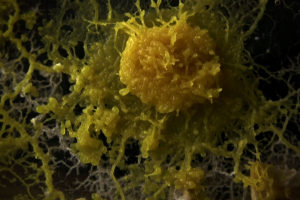 The first step to solving a problem is defining it, so let’s go:

Power creep is the situation in which new content is significantly more powerful than old content. The consequence of which is that if players have asymmetric access to the new content (as in CCGs) then the game becomes about content access rather than all of the neat things that game play was supposed to be about. Also, regardless of access, the old content ceases to provide value to the game as it is made redundant by the new content.

There are two aspects to power creep that help it to persist even where designers are actively seeking to remove it:

The first is that no designer has ever been able to deliver on the promise of perfect balance. Any set of effects a designer produces will have a bit of variation in them. Therefore even if a designer arranges an expansion such that the average power level of things in the expansion is the same (or even slightly lower) than the previous offerings – natural variation means that there will be some new content more potent than the old option.

The second is that if the game is interesting, its different components probably interact with each other to some degree and taking advantage of these interactions is part of the game. When you add even a modest amount of new content, you add a vast amount of possible interactions (between the new content and every individual element of the old content). While everything added might strictly be on par with the existing content, the combination creates power creep. 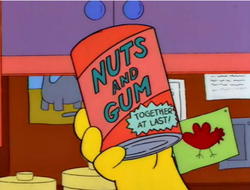 The second step is to talk about what’s been tried to deal with it:

The most common suggestion is “Just stop making stuff that’s more powerful” which is barely effective for the reasons given above. There’s a perspective that power creep is a consequence of companies releasing better stuff to try to get more money out of people, while there’s an extent to which that does happen, it’s far from the sole cause of the problem. There’s no real option to “Just stop it.”

Magic takes the step of using formats that simply prohibit the older content, meaning that the infinite synergies problem doesn’t apply and if the average levels can be kept relatively stable the game doesn’t have the issue in the long term. It’s reasonably effective, but only by surrendering to part of the problem: Having the older content become irrelevant because it’s not permitted in current formats rather than because it’s eclipsed is something of a Pyrrhic victory.

Pathfinder sought to take over the mantle of 3.5 D&D and had concerns about how power creep had afflicted that format. Their solution was to talk about certain spells and abilities as the yardstick by which new entries would be measured. The theory went that while some creep was inevitable if the creep always started from the same point then there’d be a consistent maximum that the creep hit that could make the system as a whole work. While this has helped it maintain its levels more effectively than its predecessor, this does nothing for synergistic creep. There is an ability to use a grappled opponent as an improvised weapon. There is a feat that means when you hit someone with an improvised weapon it deals extra damage, but the weapon is broken. These are individually balanced.

Taking a sideways swerve away from the mainstream XXXenophile made several unique design decisions, but the one of interest to us is one that undermines a key drawback of power creep: Players start the game by shuffling their decks together and creating a shared deck. Whatever the games other flaws were, a more elegant means of ensuring that unequal access to content did not create a problem and a better means to remove the incentive to consider less powerful cards obsolete has not been generated since. However at the end of the game the player’s collections are mixed and the game’s mechanic of having half of the cards permanently change real life ownership was predictably unpopular. 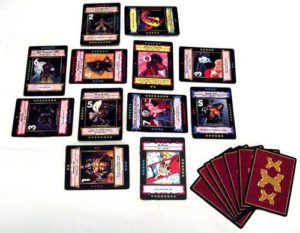 Alright, so we’ve got a problem and some solutions that have been tried. What else could we try?

To make it easy to talk about I’m going to discuss it like we’re talking about a CCG, but this could apply to a wargame or a space ships game – less so to something that’s simply a board game with a lot of expansions but the ideas have some applicability there.

One approach would be to take the essence of the “previous cards are now banned” but try to apply it in a way that kept everything viable. A direct approach would be to control how much came from each set: So you might say “Pick as many sets as you like, but your deck must have an even number of cards from each set represented in its makeup”. This stops player’s cherry picking the best card from each set and goes some way towards smoothing the “Any set has variety and there will always be something at the peak of that variety” effect. However in a way it creates the same problem just one step removed: Synergies would exist between certain sets rather than certain cards and the player with the best “set of sets” would have an advantage while some sets would fade into useless obscurity.

Another would be to take the core of the third solution above and aim not to prevent power creep, but to make it irrelevant by removing the incentive towards more powerful cards. Shuffling decks together is not the only way to achieve this – players could periodically swap decks throughout a game with discard piles being maintained by card ownership rather than player. However you’d likely end up with a different type of creep – victory would come from building decks that you can use while your opponent can’t. That’d mean making it particularly fit a play style that you’re better at executing or building them in an obscure way that makes it hard for your opponent to work out how to use them well until it’s too late. However that does mean cards would creep towards the new metric, so you’d just have replaced “power creep” with “weird obscurity creep”. 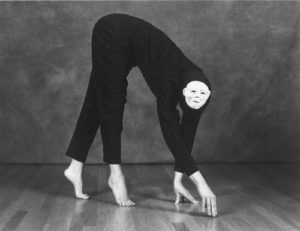 Perhaps games will always been creepy, but there’s something to be said for editing the type of creep. If the desirable type of card changes from “most powerful” (or at least the definition of power in the context of the game changes) then you can wind up with the game creeping in a different direction.

Imagine a game that had “interesting creep” such that over time the set of cards that got played were the best designed, most innovative ones. You wouldn’t classify that as a problem so much as feeling like new expansions and additions were genuinely improving the game. Mission accomplished! If you could find a way to do it 😉

Lots of games try to preserve older cards by having them interact with newer ones. “All goblins get +1/+1” becomes more valuable if the next set prints a particularly useful goblin. The problem is that power creep will always survive this because you need the new card to make the old card worth having, so there’s still this advantage to accessing the new set and the consequent closing of play space for the older cards.

What if the utility added to an old card, by a new card, did not depend on which player had the new card? A lot of games use mechanics in which something you do provides an opportunity for the opponent. Consider something like Race for the Galaxy where choosing an action makes it available to your opponents too. Suppose cards giving your opponents opportunities was central to the game’s design and aiming to breathe new life into abandoned cards was an explicit design goal whenever the team was creating new cards? 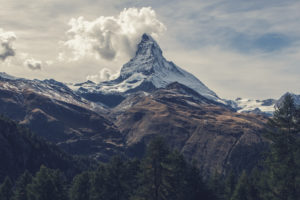 The latter two approaches are perhaps theoretically possible, but difficult in practice and would grow more so with the complexity of the game.

It may well be that stopping power creep over an infinitely expanding game is an impossible task – but thinking about how it might be done suggests some interesting ideas for designs. I hope you’ve enjoying considering the question and happy gaming 🙂