I’ve written about when a game should end and discussed the merits of flexible start and end points, but in my traditional “Doing everything backwards” approach I’ve not written about a game’s start state yet. Let’s get started on that! 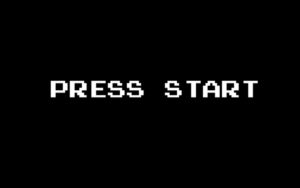 Whatever your game is, there will be some starting situation. Some adopt a very simple situation, something that can be as minimal as “Shuffle the deck and place it in the middle of the table. Each player has nothing. Begin the first turn by taking a card”. Others offer very elaborate starting positions with a great deal of material already on the board and ready to act.

Envision a timeline of your game being played – starting with the smallest possible amount of stuff a player needs to get more stuff and ending with every possible resource exhausted, every option taken and all of the players utterly spent. Placing a start point on that timeline has three effects: (1) Anything before it is removed from your game (2) Anything immediately after it will be the opening to your game and (3) The chuck between it and the end point will determine the length of that game. Let’s break those down one by one.

The most important use for a start point is to delete all of the boring bits. Game of Thrones could start with just an influence marker. You’d draw events until someone hit into a muster which would put the first unit on the board, until then you’d not place any orders and skip past most of the game’s main phases without doing anything. It would be dull as ditch water, so it makes sense to put the start point after players have their first lot of troops and can do something with them.

Eliminating null play feels like an obvious move, if your playtesters make the same opening move every game then change the setup to have that move already made and stop wasting everyone’s time already. However there’s also a lot to be said for eliminating any play that’s even slightly substandard. That can be hard when you know you’re removing something that’s been fun and you’ve got examples of it being fun – but it’s good to continuously aim to raise your average where you can. 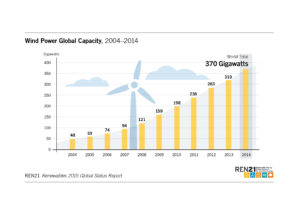 Consider the step from Werewolf to One Night Ultimate Werewolf. Werewolf is no slouch, it’s been around for years in various incarnations (The one linked there just being an example) and going by several different names. As games go it’s stood the test of time set by most games. The early game play in Werewolf isn’t *bad* per se, it’s just not as exciting as the critical choice when it’s become apparent that the entire game hinges on getting it right this time. The ONUW version which has done justifiably well simply moved the start point to “The evening before the critical lynch”. While that removed a great deal of gameplay and necessitated some big changes it ultimately focused the game play on the most exciting moment of the experience. It can be worth kicking the start point to what you might be thinking of as the “late game” to achieve that.

Getting on to the second point: Wherever you place your start point, whatever happens immediately afterwards will be the start of your game. That seems pretty obvious, but it has some notable design implications.

A game should always start on a decision of some form, if players aren’t making decisions then whatever they are doing can be part of setup, since that can save a bit of time and complexity. The weight of these decisions is meaningful.

If these are choices that are going to critically shape how well the game goes for those players then the game is going to have a steep learning curve. Twilight Imperium is horrendous for making a player’s first decision (where to place systems) and second decision (how to order initial expansion) particularly influential. New players will often make an error in the first few minutes that will still be shaping their game in three or four hours.

You might be expecting me to say that this is not a desirable trait – but actually I think it’s context dependant. If your game is a party game that’s likely to have new players each time it’s pulled out then being unfriendly to newbies can be the death of the design and it’s well worth picking a start point that offers some sort of gentle introduction. On the other hand gamers who are looking out something heavy for an hours long session may want to get straight in at the action with decisions holding meaningful weight from the get go. What sort of teeth you want to give your starting decisions depends a lot on whose playing, so it’s one of these times that the target demographic is going to have a big impact upon a design decision. 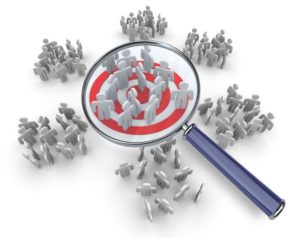 The third issue is game length. The best time to stop a game is when everyone is having fun, if the player’s weren’t up for playing another turn and were looking forward to the game finally being over it probably wasn’t very engaging. The usual responses to a game being too long (other than to deny it and say the players are doing it wrong) are to look for bloat to remove (if we don’t do that phase every turn it’ll go faster) and to change the end point (why not just play to fewer victory points). These are fine approaches, but the game’s length can also be shortened by opening with a more advanced start point that’s closer to the current end point.

When is this the best solution? The obvious time is when it’s the only solution, if the end state is tightly balanced and the last few moments are really good and there’s no bloat to be found then it’s the only choice that there is. It’s also a preferable option if either of the other two factors described above suggest that a later start point is the way to go.

Beyond those extremes, there is no hard and fast answer. It tends to be a more desirable option when a later start isn’t increasing the complexity of a player’s opening options too much. It’s often less desirable when starting with an advanced position obliges the game to have made some pre-setup decisions for the player that lock them into or out of a particular strategy. Of course there may be times that grabbing an advanced position and seeing what you can make of it is desirable – ultimately not functionally different to being given variable player power during setup – but the rest of the game needs to be designed to support that sort of asymmetric play.

Gameplay skipped, start point and game length are the major factors for determining where and how a game should start. There are a few other bits and pieces, things like picking a start point that makes setup quicker or somehow suits the ergonomics of the game – but it’d be rare for those to be the overriding considerations influencing this aspect of a game’s design.

So that’s the end of the starting article, I’ll add it to the index at the start of the endings section. See you next week!