Discussing the removing luck post, we wound up talking about sources of randomness. It’s suggested that players are a source of randomness in otherwise deterministic games, that’s an interesting idea I’d like to dig into.

Let’s start by getting to the root of what a random factor is. When people say “random” they don’t mean it in the literal sense – the roll of a die is deterministic. You throw it at a certain angle with a specific force onto a particular surface. A physicist with a lot of time on their hands and nothing better to do might be able to simulate the outcome of your roll, given enough information about it.

The most common crutch is to say that when people talk about something being “random” in games, they mean that it is “unpredicatable”. However I don’t think that stands up either, I cannot predict my opponents 48th move in a game of chess from the starting point, but it a game that most people are happy to call “no randomness” and practically everyone will call “low randomness”.

I’d be inclined to define it as factors that are beyond the control of either player – but that’s cheating since I’d be including a conclusion (“Players aren’t random factors”) in a premise (“Where random factors are defined as things that are not players”) which is extremely bad form.

When people think about randomness I’m not sure that there is a consistent logical construct that can be defined. It’s more a combination of unpredictability and uncontrollability, viewed with hindsight – where players don’t see something coming, don’t have the ability to meaningfully influence it and (once it’s happened) don’t feel like they even could have seen it coming or have influenced it – then they experience that thing as random.

So, looking at another player.

Hey you! You’re one of those.

Looking at another player: Are they unpredictable and uncontrollable?

Let’s start with unpredictable. Two things are immediately and obviously true: It is sometimes possible to predict what another player will do, yet it is not always possible to make that prediction.

More interestingly the degree to which they can be predicted varies depending on the attributes of the game in question. I can predict whether my opponent will open with their rook pawn in chess with much more accuracy than I can predict whether they will throw “scissors” in rock, paper, scissors.

Even in the most extreme examples, people are some degree of predictable. Opening moves in rock paper scissors are not distributed 33% 33% 33% – you may not be able to predict this specific opponent with complete accuracy, but nor are you completely blind.

Since how people perceive what counts as random, I question whether people’s beliefs about randomness in other players are correlated with their ability to predict what people will do. I’ve written before about how different players will sometimes experience probability differently, with some players experiencing quite deterministic systems as being quite random because they struggle to understand them.

Most people don’t understand most people.

Which is probably the cause of most of the things that are wrong with the world. My point is that I tend to know the people I play games with quite well and have got used to their habits. I’m also a doctor of psychology. It’s possible that one reason for differences in opinion over whether players are randomisers is down to differences in capacities to predict players which in turn leads to their behaviour being seen as “predictable” or “random” as viewed through different lenses. 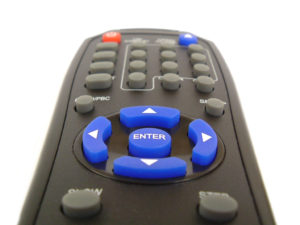 Moving on to the issue of control – most games give you the capacity to indirectly control your opponents actions. The concept of a “forced move” is almost as old as gaming, sometimes your opponent must take a particular action or you will win. A game may even go as far as to codify a hard control of the form “If you make this move your opponent must respond in this way”.

Obviously an opponent is providing no randomness if they don’t make any actual choices because you have forced them all. Equally obviously a game in which that is actually possible (if one exists) is barely a game and is at best a solitaire game with an observer who’s not permitted to leave. However once you move away from forcing a player to do something towards persuading them to, more realistic games come to mind.

This sort of soft control is particularly easy and impactful in high interaction multiplayer games. There are a lot of ways to influence people. Some of these are pretty subtle (Check out my first post in my geek of the week thread for an example of a relevant psych study that’s pretty neat), others can be as blatant as saying “Cid is winning, you should attack Cid, all of the cool kids are attacking Cid.”

Even in a two player game there are soft ways to manipulate an opponent. A lot of players will visibly react to their opponent considering actions that do or don’t suit their plans. A smaller number of players will look for those reactions and base decisions on them. A subset of those will fake those reactions in an attempt to control the prior group. Heck, I’ve played in a game where a player has faked a reaction to a fake reaction in order to persuade the original faker than their faking has worked and to drive them towards a slightly suboptimal move in order to continue their bluff. 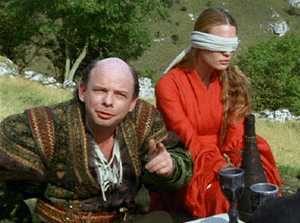 So where does all of this leave us?

At the seemingly unsatisfying conclusion that whether players should be considered a random factor depends upon factors that change depending on the game being played and the nature of the players. Some players are better at predicting and controlling others, while some are not. Some groups have it as part of their social contract, where others expressly forbid it. Some games lend themselves to producing predictable, controllable behaviour – while others are the opposite. The question “Are players a source of randomness?” must be answered “Sometimes”

But I don’t think this is an unsatisfying conclusion. Let me draw your attention to the important part: “depending on the game being played”

Thus we have yet another glorious spanner for the designer’s toolbox. The extent to which players are used as a source of randomness is something we can mess with. Furthermore it is subject to the same effects as every other type of randomness, which has some neat features. For instance if you want to get that “Somewhat random factor that players think is a result of their skill” effect that some games use so well, this is a great way to do it.

Earlier I mentioned that the distribution of throws in Rock-Paper-Scissors isn’t perfectly even – there’s some non-random behaviour going on there. However it’s still very largely unpredictable and here’s a second statistic on that game: The average player believes that their win rate to be above 50%.

It’s much harder to study and to see in playtesters (and a common cause of the ‘tested on the same group of playtesters too often’ problem) but if you can get your head around how your game is interacting with your players predictability and controllability you’ve got a neat tool to play with.