Following on from last week’s discussion of gaming linguistics I got sent a link to a thread which had some interesting emerging terminology. Having the attention span of a magpie I immediately noticed this post by Deathworks that I thought was really interesting:

“To be honest, besides the solarity, the other thing that makes me a bit uncomfortable with SoloPlay‘s designs is the design goal of being challenging. While I like Mage Knight, in general, I am not really looking for a challenge when playing games. I like the stories that develop.” 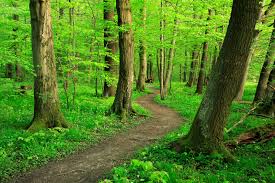 I’ve written before about how people play games for different reasons and how one of my previous designs was geared around “Exploration”, a desire you don’t often see games crafted for (“Competition” and “Mastery” being much more common). Seeing this post (and some reactions to it) made me wonder about how you’d craft a game that would really serve players who are there for the journey.

My first thought was that some constraints would disappear or be relaxed. There’s no particular need to concern yourself with balance if your players don’t care who wins. David and Goliath is such a famous story that it has become an archetype of stories that other stories can be described in terms of – and that didn’t happen because it was balanced.

However I don’t think that’s true – I think that actually what you’re trying to balance changes. It no longer matters if someone gets more power or victory points or stuff. In a journey game what would matter is who gets the most story. Who gets to be involved with the story most often? Who can exert the most control over how it goes? Who is the protagonist of the piece?

It’s also not the case that you could throw out the “game” entirely – certainly people are able to sit around and tell stories to each other, but a game should be more than that. It needs to provide some sort of environment to affect and some tools with which to affect that environment. A journey doesn’t have to be a literal story, it can be mechanical in nature. It can be “Do you remember the game where you thought Sandy was on your side, but then she pulled that amazing backstab and took your capital on turn two?”

Creating this sort of game wouldn’t be about throwing out what we know about balance or escalation or tension. It’d be about regearing those concepts to apply to the development of an interesting narrative rather than a close competition.

Predictability would play a particularly strong role here. I’ve argued before that a game must be sufficiently predictable that a player can see the consequences of their actions and thus make meaningful decisions – but also it must be sufficiently unpredictable that all consequences (and thus correct decisions and outcome of the game) are obvious to the average human player.

In narrative terms it’s even more important. A lack of predictability creates disjointed chaos. Showing a gun in the first act is a moment of drama because we’re aware of Checkov’s Gun and knowing what it might do is part of enjoying the story at that stage. If it transpires that pulling the trigger summons fish for no reason it loses its narrative weight. Similarly a game about the journey needs its dramatic cues to be appropriate.

When you set up Forbidden Desert the water tracker is a promise, from the game designer to the player. You might run out of water. You might die here. The game delivers wonderfully on this promise, the things that change that meter all feel “right”. A story must deliver on its promises and so a story based game needs that level of consistency.

Conversely, have you ever heard anyone say of a story that they truly love “It is predictable.” There’s an extent to which drama comes from the unexpected and so a journey based game needs to be consistent and predictable perhaps 90% of the time while throwing a serious plot twist once in a while. 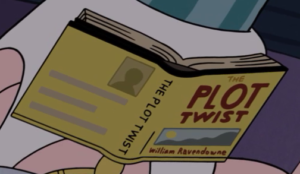 The complication is that you cannot simply create a game that has predictable effects 90% of the time with radical game altering changes on other cards / die results / etc. Unlike a story, a game is supposed to be played multiple times, and your players are capable of learning. What was an unexpected twist in game one is something that your players are looking out for in game two.

One solution is to go down the road of player creativity. Following games like Story Wars and relying on the players to directly interject the narrative elements. This works, but it feels like cheating to me. I generally prefer to visit an Improv Theatre group over playing such games.

Another would be to work on emergent effects. I’m a huge fan of this approach, in which rather than defining what happens explicitly, you define rules for interactions between elements and rely on unique conditions to cause different things to emerge each game. I’ve never tried to do this with a narrative game and can’t think of an example of one off the top of my head, but it’d be interesting to try.

A third is simply to follow the Legacy school of thought and have a game that seductively reveals more critical parts of itself as you come to know it more intimately (There we go, I’ve made you feel weird about playing a whole genre of games with your friends now, no need to thank me). It gives the game a limited life span, but allows for the most crafted narrative path.

Finally some games contain so much narrative information that you can rely upon your players not to play enough games to see it all. Setups like Betrayal at House on the Hill or (more directly) Tales of The Arabian Nights key into narrative loving players and provide enough content that most people will typically stop playing the game before seeing every story it’s able to tell. 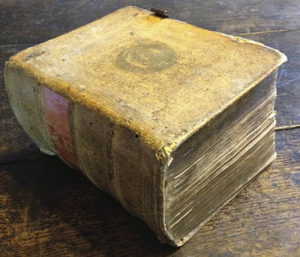 Ultimately, none of these approaches satisfy me individually, they all have some weakness that makes me feel like I’ve not seen a narrative game that lives up to the full potential of a narrative experience crossed with the medium. However, as designers, we’re not obliged to consider them individually.

There exists the possibility for a game with tales of Arabian nights style choose your own adventure stories which contain room for the players to improvise parts of the story. Something that maybe gives a start to the story and a couple of elements, asks the player to improvise the middle before revealing “Choose which is more appropriate +1 storytelling or +1 combat skill” to act as a prompt for how it should end.

There exists the possibility for a legacy game in which the unlocked components are so highly interactive that the order and manner of their unlocking generates a narrative that’s more than the sum of its parts – or that doesn’t have a particular plot that it shoehorns you into no matter what you do.

Perhaps I’ll try my hand at it some day, or maybe you will – but it’s good to think about games outside of the mould of “Tight competition towards a particularly desirable end” and consider how we’d make them.