I’m very interested in the self-destructive part of the human condition. We are in the process of making our environment uninhabitable to humans, have devised increasingly sophisticated means to prove it beyond any reasonable doubt and are doing it anyway. We’re hilarious. So most of the games that I design contain some means by which a player can make everything terrible and then finds ways to make that choice seem compelling.

Wizard’s Academy is probably the most obvious example, which frequently offers short term relief by creating a long term problem. The room is on fire? Open a hole to the water dimension! That’ll be a bigger problem in a few turns, but that’s a few turns away, something will come up by then.

The general pattern of this sort of system is that the player is presented with a choice, which they make. The situation then changes or new information becomes available. The consequence of this is that the earlier choice is now detrimental in terms of the objective for which it was originally selected.

As a game designer, why do this? What does it offer to the player?

Let’s talk about a few examples and games that pull them off:

If the downside is appropriately telegraphed it can contribute to the role of skill over random chance in a game. Being able to recognise the choices that will come back to bite you in the arse over the genuinely good ones becomes a part of the game – players who play games in order to hone their own skill (or to contrast it with others) get something out of that extra layer of thinking.

This can be a work of profound subtlety or it can be something so critical that once someone recognises “the mistake” they’ll never do it again. Something like Dominion contains both, there are plenty of subtle interactions and then more obvious things like new players buying copper to get more money and discovering that their average turn results in less money because copper is poorer than the average money card in their deck. The key to making this work is to avoid “dead options” which are essentially traps and always a mistake. A game becomes complex without very much depth if players quickly learn, you need to know the rules for A, B, C and D – but only B is worth doing. Dominion dodges this by having other interactions that make it sometimes advisable to buy copper (or more subtlety self defeating cards) so that the option remains worth considering once a player has got the hang of “Devoid of context, this is a bad idea.”

I described our self destructive nature earlier as hilarious – but actually that’s not too far from the truth. People find it funny to watch other people suffer (In Stranger in a Strange land Heinlein has his alien observer that all humour is rooted in pain) but it’s funnier if they do it to themselves.

Consider nudging someone in Robo Rally. Pushing someone into a pit is satisfying – but pushing them off course so that they drive themselves into a pit is even more satisfying. This functions best when the game has a fair play element – in which a person might reasonably have seen the consequence of their action and considered an alternative – rather than just being defeated by some unknowable unpredictable thing. Robo Rally achieves this by making individual moves relatively predictable (The other robot can go 1-3 spaces in a straight line, the further it moves the more likely it is to move before me) so that a player has some capacity to predict where they might be nudged and plan accordingly. 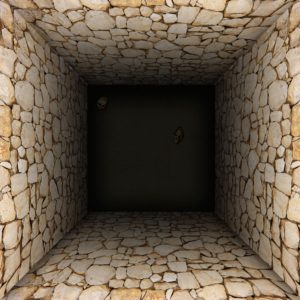 Incidentally this is somewhere that I feel that I didn’t nail the design of my first published game – 404: Law Not Found – as well as I might. Moving action programming to a smaller environment seemed like it would have more interactions and avoid the situations Robo Rally can have where other players aren’t within move distance and it’s not so interesting – but having it such that on any given turn you could be knocked in any number of ways from any number of directions undermined the predictability of those moves, which cut out a part of what makes them effective. I’m quite impressed by how Colt Express nailed the action programming in a small environment by making the range of actions that immediately affected other players more limited and having shared open planning for greater predictability.

Going back to giving people the tools to make life terrible – another advantage that it can provide is repeated high points. It’s good for a game to have high points that feel like “This is it – this move will make or break the game”, however they can’t be that frequent because otherwise the game is inevitably going to break. Essentially big stakes can only exist by comparison to small stakes – you can’t make your game higher stakes by just multiplying every victory point output by ten.

Future self sabotage makes repeated high points a more achievable goal. Consider something like Space Alert in which everything feels like it’s going to explode and doom you all continuously. You wind up being able to go “Well I’d like to deal with it this turn, but I’d also like to leave a gap in case that last move broke the elevator. I can have what I want now or I can be sure that I’m not making a mistake that ruins everything – but I can’t have both. Games are series of meaningful decisions so that sort of decision tree is compelling and it can make decisions feel high impact where it’s possible that either decision is fine (or either decision is doom!)

Here Space Alert has an advantage in not having the outcome of the decisions revealed until all subsequent decisions have been made. It also benefits form a series of individually achievable objectives, but arranged in such a way that achieving one may be an impediment to achieving others (by virtue of people being in the wrong place, or power being used, or shields being depleted etc.) 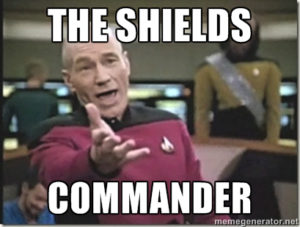 There are, of course, downsides to this kind of design. Most players viscerally hate being stymied by a game or the feeling that the designer is willing to “cheat” in order to make them lose. Giving people enough rope to hang themselves is fine, but failing to telegraph the possible consequences of their actions and providing some meaningful way for players to discern between their options means that they’ll blame the system rather than themselves.

That changes “I can’t believe I fucked it up that way, I’m gonna do something different next time.” to “Nothing I do matters, this game sucks, let’s not have a next time.”

1 thought on “Enough Rope to Hang Yourself”