While there are some exceptions, it’s generally preferable for a game to offer meaningful choices. These choices need to have an impact on the outcome of the game and that outcome needs straddle the line between “predictable” and “unpredictable”. Too predictable and there’s no choice, just an obvious best option. Too unpredictable and there’s no choice, because the outcome is random. I’ve talked about all of this before so let me get to the point, today we’re talking dimensions. 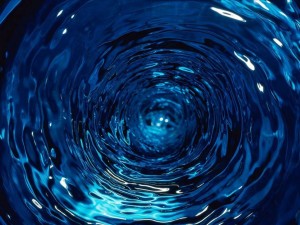 The outcome of a game is typically along a single dimension “won” or “lost”, but sometimes score. It’s rare (but probably not unheard of) for a game to end with players going “Well I was more loved by my people but your nation controlled more of the world” and the game not collapsing those dimensions to a single output.

The process of arriving there is often achieved by collapsing dimensions. This is most obvious in point salad games in which the various dimensions are explicitly collapsed in particular ratios to determine the winner, but it is present in all games. Working backwards from the win conditions gives an idea of how multidimensional a game is, consider something like XCom. Working backwards from a win condition it unfolds something like this:

I would like to win. I care about one dimension: Winning.

I cannot directly influence any of those dimensions but each is impacted by other dimensions. Focusing on the first one I would like the final mission to be revealed, the correct soldiers to be placed on its objectives and the dice roll to be favourable.

I can directly influence one of those dimensions, as a player is permitted to place soldiers on an objective. However that capacity is influenced by other dimensions so now I care about whether soldiers are alive, whether they are promoted. I also care about dimensions that influence the other factors that I cannot influence directly, available technologies will influence the dice roll and previous mission performance will impact on revealing the final mission.

Continuing backwards the game cascades into dozens of dimensions, which then shrink again as they approach player actions. My options might be “choose a tech to place” “choose how many scientists to place on to it” “choose whether to discard two cards and replace them” and “choose whether to use a researcher to trigger a card from my hand.” However each of these has impacts in several dimensions, choosing a number of scientists to place on a technology influences how quickly it’s likely to be researched and how much of the budget I use (two dimensions) which in turn influences how much budget can be used for each of three other roles, how many extra soldiers and interceptions we can build and whatever the impact of the technology is (at least six dimensions, probably closer to a dozen).

Often a designer is unable to explicitly model all of the impacts of a given decision mathematically. It’s possible for some games, but even solving a game with only six types of piece and sixty four spaces takes considerable effort. Generally we use playtesting to help us view this hidden multidimensional layer and tinker with parts of the system until it generates the outcomes that we’re looking for – whether there’s a tense, intellectually stimulating play experience or an easily accessible lighter experience that still holds impactful moments or something else entirely.

However there is an extent to which players use shortcuts in evaluating systems. If they’re able to mentally collapse dimensions then they will do so. For instance if a choice has been manufactured to appear multidimensional but only applies on one axis they will notice. “Would you rather pay 1 point to get 3 points or pay 2 points to get 8 points?” will quickly be recognised as a complicated way to phrase “Do you want 2 points or 6?”

Where a choice is multidimensional on a couple of axis players develop fast and loose ways to evaluate choices. For instance in a game that requires players to pay money for points they’ll quickly figure a loose exchange rate between money and points and use this to evaluate individual decision points. Again it doesn’t generate much of a choice.

Games stand out when the choices are legitimately made on a few different axis. Consider the above example, but add in an additional consideration – perhaps taking one opportunity to trade money for points has an opportunity cost. “2 coins for 10 points” is worse than “1 coins for 8 points” in exchange rates, but if you can only make so many trades then the absolute score might be more important than the exchange rate in some conditions. 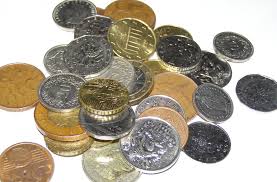 Of course there is a cost to multidimensionality. More dimensions will typically lead to a more complex game which is more painful to learn. I think this is the reason that the best games have their thickest collection of dimensions between the player choice and the victory condition rather than being invested in one or the other – as they’re able to generate more dimensions from a smaller set of rules – but each extra axis that is considered still has a cost expressed in how long players take to learn a game, how many will bother and ultimately in whether more people enjoy it.

A lot of game design is trade offs, but it’s desirable to achieve the best trade offs possible, so it’s a worthwhile test to consider your dimensions and whether you’re able to collapse them and in what ways. Consider two very similar systems for determining how much extra damage a good hit does:

I’ve just been reading the rules for Feng Shui 2. Characters have a toughness score and each point of toughness reduces incoming damage by one. An attack deals one extra point of damage for each point the attack roll exceeds the targets defence, which is the same as saying that each point of dodge reduces incoming damage by one. That’s very similar to the statement about toughness, which means that with respect to some (but not all) dimensions these attributes can be collapsed. For instance you may sometimes have the opportunity to raise one of these statistics, but because of the collapse its easy to see that dodge does (almost) everything that toughness does and much more.

Contrast this with an old WoD game (pick whichever one you want, it’s the same core system. Let’s say Wraith so we don’t get it mixed up with the new version) in which an attack gets a *chance* to deal an extra point of damage for each point by which the attack exceeds the targets defence. In that instance there is a meaningful choice between gaining a bonus to your defensive score and gaining some damage reduction, because how they function on the dimension you care about (“how badly do I get hurt”) differs contextually. If your opponent is inaccurate the defence is probably better as it provides a good chance of negating the whole attack, if they’re very accurate then the damage reduction is better since it reliably takes more pain out of an attack which does hit. 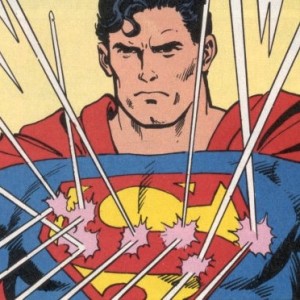 That’s a relatively involved example in a roleplaying games, which are known for their emergent complexity but I think the principle is sound for all systems game design (boardgames, rpgs, computer games). It’s worth taking the time to try to express your interacting dimensions in terms of each other and if it’s easy to do so then you should either cut one out to save on complexity or modify how they’re expressed to get the maximum depth you can from those systems.