I like money. If you offered to give me some money, no strings attached, I’d take it. I imagine I’d feel better about that the more of it that there was. It is, however, singularly useless. I can’t eat it, live in it or construct anything more elaborate than a particularly poor paper airplane. It has value solely expressed by the things I can do with it, I don’t see five thousand pounds as a large pile of coins for my Smaug cosplay, I see it in terms of the millions of things that I could possibly do with it. Showered with riches I think I’d spend my life making games, the act of creation has value for me, so the coin has value for me. 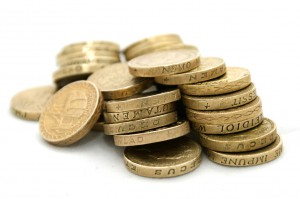 The notion of money, that is inherently worthless things having value that can be exercised in a wide variety of ways, is so common in our world that it’s second nature to us. The idea exists beyond rational thought in a way that allows it to act as a drive and create feelings of risk, reward, wellbeing and despair. Philosophically this is perhaps disturbing, but it’s good news for board game creators looking for things to use in their creators.

Like many unfortunate children one of my first experiences of board gaming was Monopoly. This is something of a distant memory now, but I recall the fake money having quite a visceral impact as a child (as opposed to my perhaps more jaded adult brain that reduces most tokens and themes to abstract mathematics). There’s something worth harnessing in that feeling of having something that’s yours and getting to choose how to use it.

I’ve argued before that choice is critical in games and when we moved onto the likes of Merchant of Venus I noticed the difference. The money in that game moved from “I can afford to buy something, I wonder what I’ll be allowed to get” to “Ooh, money, I can buy some expensive goods or maybe build a factory or get a faster ship or fill my cargo with lasers or or or…” The power of the resource token was still there, but that it unlocked so many possibilities dramatically exaggerated the effect. 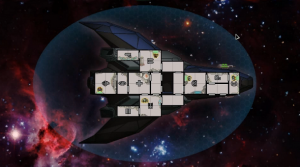 Some choices are better than others.

Of course direct money isn’t the only form of resource manipulation in games. Plenty of games move away from money to use several types of resource. These tap into the same instinct, albeit a little less directly. The trade off for this is that they can offer a wider variety of choices and make trading between players more meaningful as everything doesn’t have a value reduced to a single currency. This is part of the formula that helped Settlers of Catan along to worldwide fame.

If this is taken to its extreme it can generate a complexity trade off. Magic starts off with fives types of resource and hundreds of options for how to spend them, but quickly balloons from there. Some cards allow life, cards in hand, several types of cards in play or even cards that have been removed from play (in a variety of different ways) to be used as resources. Overall the game offers hundreds of thousands of options to its players, though most play formats cut this down to some reasonable number. I still love magic (and this complexity is a big part of that!), but it’s been a long time since I decided to try to initiate new players into it over picking some other game.

In Wizard’s Academy I’ve tried to address the issue by having the things that you can buy with your resources initially obfuscated until it’s been obtained at least once. The options change each game (and should remain fresh for a fairly decent number of games) and the cooperative nature of the game means that it avoids a stalemate in which every player refused to be the first to experiment. This generates a smooth learning curve in which there is a single initial option “I can use these resources to cast an unknown spell” and as the game goes on more and more options are revealed until players are able to form complex strategies around the resources and options that they have. 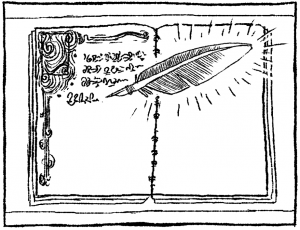 Regular readers may well find this predictable, but I hold Race for the Galaxy as the finest example of resource implementation in a game. By treating each card as a spendable resource it manages to capitalise on the advantages of single resource and multi-resource games. There’s a supply of wealth that feels great to have a hold of and a lot of otherwise diverse options can be directly compared, but it feels like spending is always done carefully and always at the cost of some other option. In a lot of games you figuratively discard options by choosing to spend a resource in a certain way, Race for the Galaxy does this literally by having you throw away your other options to execute any one of them and the balance between the options is tight enough that it always feels like a difficult decision.

However you do it, the effect of resources on player’s experiences of a game is noticeable and it’s worth dedicating more than a throw away thought to how it’s implemented and how the rest of your game supports that.

(Aside: Sorry about letting the blog update schedule slip, I’ve been doing a lot on delivering the 404 kickstarter, developing Wizard’s Academy and getting the latest print and play for that up to scratch. With luck, this post marks a return to regular writing.)