It feels like a while since we’ve talked about some aspects of design theory, so lets talk about combos. A power that lets you deal two damage to a target, but one to yourself is a good power. A power that lets you ignore one damage each turn is a good power. If you put them together you wind up with something that’s more than the sum of its parts, suddenly your attack power has no active drawback and it’s not really weakened the defence power to do it since your opponent wasn’t going to hit you much on your go anyway. Sweet combo. 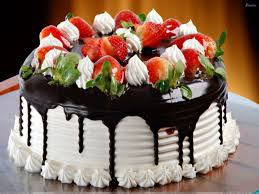 This sort of thing is great for a player, it tags several of the motivations identified for why people play games: It demonstrates mastery, it can be the result of exploration, it can be a form of expression, it gives a competitive edge, the list goes on! There’s probably a reason that one of the three player archetypes that the Magic R&D team cooked up got nicknamed Johnny Combo Player. From a player’s perspective there’s a lot to enjoy in finding assets that synergise in cool ways. So it’s neat to be able to include this sort of thing as a designer.

From an analytical standpoint the point at which something starts to qualify as this kind of combo isn’t so clear cut. Mathematically there are plenty of instances of individuals using one asset in a way that maximises another that nobody would really refer to as a combo. Suppose you’re playing Battlestar Galactica in which you’re playing as a character who can draw from more types of deck than the other players and you take and that as a traitor you use that capacity to spike a test with cards from a deck that doesn’t help the players narrow down who’s ruining their tests. I don’t think that anyone would call that a combo, but by a definition along the lines of “using two capacities to do something that exceeds the capacity of either individually” it should count.

I think that a combo in this context has an almost emotional component that separates it from simply “efficient play”. It’s almost seems necessary for it to feel like a combo wasn’t intended by the designer (even though it almost certainly was). The opening example works because the parts of the combo feel like they could operate independently. If a card reads “pay a coin to get two points” and another reads “get a coin” that doesn’t feel like a meaningful combination, just necessary cost paying. However one reading “give your opponent a point to get a point” and another reading “if your opponent just gained a point you get one instead” does – even though they work out to the same effect (You played two cards and got two points). It seems that a combo feels more meaningful if it feels like you might have used the component parts independently – even if doing so is probably not the best way to do things. 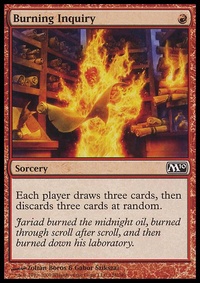 This comes from a notion of discovery being important. People like to feel clever and nobody feels clever by putting the square peg in the square hole. Where a power says “I am power one” and another says “Get a bonus if you played power one” putting them together simply seems too obvious. A simple obfuscation through some third variable (ideally one with a meaningful game impact in its own right) makes the combo feel dramatically more rewarding. There are whole genres founded on finding the best relationship between assets marked “Get some stuff” and others marked “Get winningness based on how much stuff you’ve got”!

Implementing combo play can also be problematic in terms of maintaining multiple paths to victory. Games are more interesting when players can make meaningful decisions, however if there are a few combos that are so much more powerful than comparable options then the number of “good” options are diminished and the game loses depth. It can be a tricky problem to avoid since the number of potential combinations available will always outstrip the number of options available (for n > 3) so being consciously aware of all of them rapidly becomes impossible as the number of options increases.

Taking that all together I’d say that implementing a good set of combos relies on the following things:

However including assets that work together is only half of the job. The rest of it comes down to restricting how players get at the assets. The restrictions are important as they mean that often players won’t get to run their ideal combo and have to look at what they can do with the resources available to them – this gives opportunities for combos that are deeply situational. This exaggerates all of the benefits of this sort of system – the combo is more rewarding because it was made out of suboptimal parts – the discovery is more potent because it was necessary to look harder – the inspiration is more unique because not everyone who’s played the game will have been in this situation. Perhaps nobody has been in this exact situation before.

There is a glee to starting a turn with “Step one: I’m going to fireball myself in the face…”

Making that happen as a designer means creating meaningful restrictions on which assets a player can access when. There’s no one size fits all solution to this, finding the best way for your game will probably involve looking at a lot of other games and seeing what they do differently and how those do and don’t serve their purposes. Consider a few examples:

Magic Your assets are shuffled into a deck of cards, you only have a randomised subset to work with. However you had a lot of fine control over the deck itself before the game started and within that the opportunity to set the probability of various draws. It’s also possible to include assets that allow you to ignore the usual random draws and seek out specific other assets – usually at the expense of some other opportunity.

Dominion Like magic works with a randomised deck and a subset of assets but makes it much harder to function by mandating that your assets be discarded each turn. This removes the capacity to hold on to half a combo while waiting for the other half – but you can see everything that you might ever have at the start of the game and can plan accordingly.

King of Tokyo Again you have a deck of assets shared between all players, but this time you’ve no guarantee you’ll see any particular thing. You’re not likely to run through the deck once, nevermind several times and there’s every opportunity for some vital part of a potential combo to be snapped up by another player without you having an opportunity to touch it. On the other hand assets can often last a whole game and there’s not the pressure to play them on the same turn that other games might have.

Mage Wars Here’s an oddity, you can choose exactly what assets are available to you before the game, you can choose what you get on any given turn and your principle restriction in playing them is being able to afford them – which for a single card you can guarantee within a turn or two if you don’t care about anything else. Rather than enforce top down restrictions they emerge dynamically from your opponents actions, what you may need to do to counter them, how they can use that same freedom to break whatever you’re attempting. An interesting game that works in ways that would utterly break so many others.

The notion of restrictions creating situations in which players are pulling sub-optimal combos together (and enjoying doing so) also informs the designs of the combos themselves. You want it to be possible for assets to interact with each other, so that each combo of cards does something even if it’s not a something you’d expect someone to want to do in the course of normal play. Generally this can be achieved by having all of the assets modify or be modified by some common pool of variables. Any two cards that affect or are affected by the same thing will interact on some level and that’s got the potential to be a player’s eureka moment in some edge case scenario that they and their friends have wound up in.

Of course getting all of this right is something that’s hard or impossible to do on a theoretical level. To use an example I’m working on at the moment, Gensis has a degree of built in simplicity. There are only 54 cards and each player can only have 2 in play at a time. They can all affect each other (creating the desired high connectivity) so there are are quite a lot of potential situations. In a three player game there are a mere 14658134400 possible situations (assuming that it doesn’t matter which player played which card and when – though it does). It’s clearly impossible to manually check all of these for some combination of effects that utterly breaks the game, so design needs to be based on general principles. I’d say that those are:

Once any game has been designed with those in mind then it’s got the potential to do all sorts of neat things with combo play – but whether it lives up to that potential is another matter. There’s really only one thing to do (the same thing we do every night) lots and lots and lots of playtesting 😉