I played Saboteur 2 this weekend and found it one of the more tedious games I’ve ever experienced, by the halfway point I was just hoping that it would be over. It’s taken me a while to unpack why I felt that way about it, but I think I’ve got to the bottom of it: When I get to the end of a game, I like to think that I had a chance to win it. 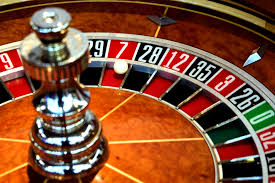 I enjoy thinking about games (that probably doesn’t surprise anyone reading this) and I quite like to get to the end of a game and go “That’s what I should of done!” I find that I enjoy the game all over again on the mental replay and search for critical moments and it makes me enthusiastic about playing it again. It’s more important to me to see that I had a chance to win after a game is over than it is for me to feel I’ve got a chance during the game (though both remain desirable).

Saboteur reversed this relationship for me. Each player has a secret role and is trying to steer the game in a particular direction. During the game it’s easy to feel that you’ve got a chance to win because any of the other players might do something to help you out at any time. After the game you see the secret roles and wind up left with some revelation like “Huh, this game was a five against one affair, there was only one way this was going to end.” Especially in a game that has so many actions that are directly “undo another player’s action”. Since it’s played in a few short rounds I got to experience this at the end of each round rather than at the end of the game, usually when I feel this way about a game I get to stop playing it but in this case I had to keep playing. Other people seemed to be having fun so I kept my criticisms back until after the game ’cause I didn’t want to spoil their fun.

I’m actually quite keen to try the unexpanded version of the game. Rather than having roles dealt at random, it enforces a ratio between the teams which (presumably) gives each team a chance to win. Rather than having individual cards that make the game redundant by adding more points to players score than the game itself, it … er … doesn’t. I’ve got a suspicion I’d enjoy it a lot more.

Moving away from myself, however, I’d like to go back to the line “other people seemed to be having fun”. That makes me wonder how common my preference is. We didn’t really get to talk about it because I couldn’t properly articulate what had made the game uninspiring to me until I’d slept on it. Now I want to know how many people put a lot of stock in having had agency and being able to see that it affected the outcome (win or lose). It doesn’t matter to me as a player of games – I’d steer towards games that suited my preferences even if I was the only person alive who held them – but as a designer of games it’s interesting to know how particular drivers work. 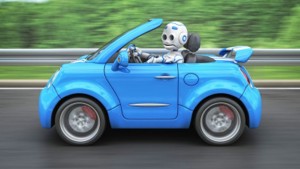 Since it comes down to a preference for feeling like you have agency against actually having agency, it seems like it’s derived from experience vs reality ideas in philosophy.

In extreme hypotheticals it’s generally pretty demonstrable that people’s preference on these issues is context dependant. Most people would rather be invincible than think they’re invincible. Most people would rather have nerve damage they don’t notice, than have the experience of nerve damage that isn’t real. So where do people lie on games when it comes to comparing a game with player agency that’s hard to recognise against a game that’s got no agency but generates a false feeling of it during play.

The short answer is that I don’t know and there’s no way to find out without asking people. So unsurprisingly this post will end with me asking your opinion, but I’ve got a theory. I think it will be related to when and how people experience joy from playing games.

I know that I think about games quite a lot and that’s part of the fun of it for me. Even during a game I’ll be thinking about the past few turns and what they mean and what could’ve been done differently and what the consequences of the decisions that were made are. So that when something happens that sheds light on those earlier actions I enjoy it all the more.

Conversely I know that there are people who don’t think about them in those terms at all. I speak to players who are there for the journey and like to ride a game like a roller-coaster. That’s a great way to enjoy games too and it has a lot of upsides, arguably someone who spends more time immersing themselves in the journey and less thinking about how and why it takes the path that it does is having a lot more fun – no matter how things come out. 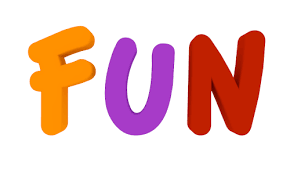 From observations of players who are engaging in these ways (and of course it’s not a strict dichotomy, most players do a bit of both in various mixes) I’d expect that the divide between players who value how they feel during the game versus those who value how they feel with perfect (?) hindsight will be about 50/50. Let’s find out in the most unscientific, least conclusive, manner possible.

How do you feel about it?