Soon we will finish delivering 404: Law Not Found to backers, so it’s possible to get a snapshot of how the project has performed financially as a whole. It looks like the approximate outcome will be that we’ll have raised roughly as much money as we spent and have about 300 games left over. If we sell those games at £35 each then the project will have made a profit of around £10k (depending on what we end up paying in warehousing) which isn’t great for a project of its size and scope but is respectable. If we don’t sell any we’ll probably wind up with a small loss. Overall things have more or less worked out, but it seems like an interesting moment to step back and look at other paths that might have been taken and that could be taken for future games. 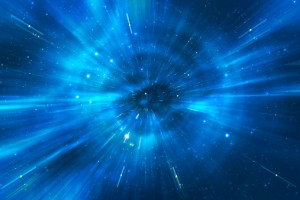 Our business model was pretty much this:

All of the money for 404 will come via Kickstarter. We’ll set up a pledge level based on the cost to make each game, which will be calculated as the manufacturing cost per game plus an even share of the fixed costs (i.e. art, mould, staff costs etc.) and a little extra. We’ll gear around a print run of 1000 – the minimum that can be achieved at a reasonable price and quality – but set the KS goal to the number which makes it better to run the KS than not (i.e. The point at which the income from the KS project exceeds the extra that has to be paid to actually manufacture and ship the game – at this point funding on the dot would represent a loss equal to the sunk costs, approximately £10k).

This is a relatively low risk low reward strategy. The worst case scenario is that we lose the money sunk into art and staffing for the game, the best case scenario is a modest profit associated with selling a minimum print run. In theory an exceptional reward is possible if the campaign dramatically overfunds, but dramatic overfunding is less likely because the reward level has been set based on a small print run.

Assuming a larger print run would lower the cost per game (both because the manufacturing cost per game goes down and the sunk costs are divided over a larger number of games) and therefore a lower pledge level. This would have allowed for a greater maximum success and suited my personal goal of getting great games to lots of people (for me as an individual profitability is a means to an end rather than a goal in of itself) but would also have incurred a more significant risk as the odds of failure would be dramatically increased as the minimum point of profitability would be much higher (in order to meet the demands of the higher print run).

One way to mitigate this would be to put the games into wide distribution after the Kickstarter. That way we could still do a larger print run even if there were only 500ish Kickstarter backers and the project would be profitable if the remainder of the larger print run made it to retail. However which this makes the campaign (and game as a whole) more likely to succeed it also multiplies the magnitude as a failure. It would be possible to fund a campaign but fail at retail making the maximum loss increase from “sunk costs” to “sunk costs + the cost of manufacturing and shipping thousands of games that didn’t sell”. 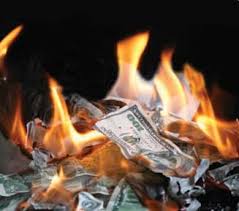 It also creates a pricing problem in that the publisher receives 90% of the value of a KS pledge but only 40% of the value of a game sent to a distributor. That means that if a pledge level was at 50% of the cost of creating and delivering the game then each KS pledge is fairly profitable, but each game sold through a distributor is at a loss.Even if the final retail price is above the pledge level price (which it damn well should be to be fair to your KS backers) there’s not that much to be made out of each game sold through distribution. When talking to one distributor it quickly became apparent that working with them meant moving from a situation of maxloss £10k maxprofit £10k to maxloss £50k maxprofit £15k which didn’t feel like a huge improvement (numbers are approximate).

I’ve seen arguments that traditional distribution is better than Kickstarter because it allows a publisher to sell a large number of games at a relatively small profit rather than a small number of games at a relatively large profit and that these things more or less balance out. I find these unconvincing because the estimates that I’ve been shown for success at first time distribution for a new game are on average considerably smaller than the average number of backers we’ve had for our projects. Ultimately most distributor deals have seemed to offer a very great risk for a very small reward. Obviously this stops being true if you hit into an evergreen game and make the next Ticket to Ride, but just as it’s bad KS practice to make decisions on the assumption that you’ll be in the top 1% of projects I think it’s bad general practice to assume that you’ll be in the top 1% of games.

That being said, a hybrid KS-distributor model is undeniably working wonders for some companies. I’d love to see their full internal numbers to get a grasp on how that works, when 404 is done and dusted I’m going to ask if I can release our numbers in full (I think it’d be good for other creators and building bridges with KS backers who want to understand why things are the way they are in the belly of the beast, I feel we’ve been honest throughout, but I can understand if I get told not to do it though). Perhaps that’ll encourage others to do the same.

I can imagine a hybrid approach shining in a few different ways:
1) Pre-KS, having the deal in place and increasing the print order, which in turn reduces pledge levels and brings in more people through KS. The games going into distribution can operate on a profit of zero and still make the whole thing worth doing.
2) Post-KS, selling the games into distributon at a loss in order to have a larger print run, reducing manufacturing costs and increasing the profitability of the KS games by more than the loss made at distribution.
3) Post-game, getting involved in a distribution market as a means to wider market saturation. Whatever happens to the first game, it increases the potential reach of both distribution and KS for subsequent games. Even if it works out as a bad deal for game number one, it becomes a good deal as part of a long term strategy.

As a psychologist there’s a mental explanation too. When some variables are known and others are hidden there’s a tendency to exaggerate the importance of the known variables. I can calculate the maximum profit and loss from a proposed distribution deal, but don’t have the experience to figure the odds of each.

They could well be the same deal, but my present limitations are such that I wouldn’t be able to discern whether that was the case or not. Perhaps what I’ve seen of possible distribution deals have been excellent but I lack the capacity to recognise it as such.

Here I run into an issue of obligation. My ideal would be to create an outstanding game and then give a copy to everyone who wanted one free of charge, this is what I would do if I won the lottery (though if you’ve been reading this you can probably predict that I do not play the lottery). However ideals are rarely met, the closest I am likely to be able to achieve is to create a series of great games and sell them to everyone who wants them at a fair price.

In doing that I need a degree of help. I am working for 3DTotal and they want to do things for which they need help also. It turns out that we can help each other in what’s so far turning out to be a reciprocal arrangement that is working fairly well. In exchange for everything I need to make games (artists, specialists, capital, a roof over my head and food in my belly) I have obligations (make profits, pass them on, help my coworkers and treat the company name with respect). I take my obligations seriously and this might make me more conservative with respect to this sort of risk than I otherwise would be.

To an extent this also grows out of my long termism. Those of you who’ve played me at games know me as the sort of player who makes moves on turn one because I’ll want that piece there on turn ten. If a big risk now didn’t pay off that would probably be the end of games at 3DTotal. However once we’ve got a few games under our belt and know how to make them consistently turn out mild to moderate profits then we can start tinkering with a winning formula to see what more can be done.

I don’t regret the choices we’ve made. Comparing Kickstarter to traditional distribution we make 90% of what the customer pays compared to 40%. We get to see if there’s demand before paying for manufacturing and shipping rather than paying for it first and taking a big loss if it’s not there. The average number of people interested in a first time game is greater through the channel that we’re using. There are solid reasons to adopt the model that we have.

I just need to work out how best to go about it.