A lot of games contain a resource that can be spent in multiple ways. For instance in Game of Thrones you might spend a power token to control an area after you leave it, to bid on an area of influence or to help defeat a Wildling invasion. Not being sure how best to spend a token is a source of tension and an opportunity to express skill – so from a game designer’s point of the view the question becomes: How can I make the player unsure of what manner in which to spend my multifaceted resource? 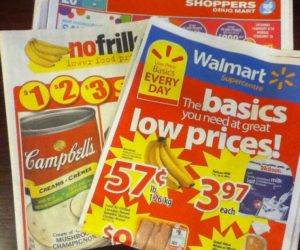 This is half of creating an interesting decision, the other half is making the decision meaningful. So for the purposes of this post we’re going to ignore the trivial solution of “Randomise the outcomes” and assume that the choice that the player makes will have some meaningful impact on the game and that the player has at least some idea of what that will be.

An important first step is to ensure that the different forms of expenditure are not comparable along a single axis. If it is possible to spend a coin to gain a victory point or possible to spend one to gain two victory points there is an obviously correct choice and you’ve not really implemented two different ways to spend your resource (as one will never be used).

However it’s only necessary that the player not be able to make a direct comparison at the time of the choice – it’s not necessary to implement a true incomparable here (Though those are still cool). In Dominion the choice between spending coins on a Gardens (Gain 1VP per 10 cards in your deck at the end of the game) and a Duchy (Gain 3VP at the end of the game) is meaningful. There will be a “best choice” in that knowing the end game state one of those cards will produce more victory points than the other, but this is not known to the player at the point that they make their choice.

Furthermore the opinions become more interesting if the decision is not just about prediction, but about influence. Putting a player in the position of “I don’t know which of these things will be worth more” is interesting, but adding “..and having made my decision I need to engineer my game around pushing for that particular future” adds an extra layer. 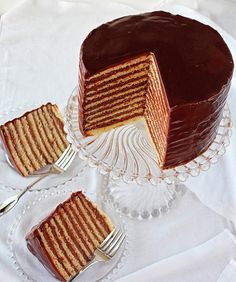 However this element is facilitated by the feedback loop in which the merits of various choices are both affected by and affect future choices. Knowing that you will gain more from having a particular thing if you later choose another card in your hand affects the value of the current choice. Knowing that playing a card in your hand will increase your resources to allow you to play a particular other thing that you have means that the current choice affects your future choices.

This is all very general, sure outcomes can’t be directly comparable and yes it’s good for choices to feed into and be affected by future choices – but imagine this: We’ve got a situation where we’ve set up a resource that players can expend in several interesting ways with multilayered effects. However in playtesting players reliably find a particular choice more desirable and reliably choose that option. What levers do we, as designers, have to make the other options more appealing?

(I’ve realised that I only need the cake image from now on, I shall be using for all points on all subjects)

The obvious choice is to change how much things cost. If you can spend your money on units or buildings and everyone always buys units, neglecting the buildings part of your game, then the units may simply be too cheap (or the buildings too expensive).

However, bear in mind the goal: To make different choices better in different circumstances, so that choices are harder and more options are explored. Given that, rather than a simple cost change, it can be stronger to implement a scaling one. For example if a unit costs “2”, rather than increasing the cost to “3” you make the first unit built each turn cost 2, the second cost 3, the third cost 4 etc. The effect of this is to create diminishing returns for the ‘stronger’ option and force the player to the point they they’ve got a meaningful choice. Either they overpay in resources for the stronger option, or they wait a turn to reset the cost and pay in time or they decide that neither of those are worth it and adopt the weaker option.

Getting your game to the point that your scaling cost pushes players into the “meaningful decision” game state can require a bit of mathematical tomfoolery. The simple scaling above may work for some games, but others can have an even easier approach that says something like “The first unit costs 2, all subsequent units cost 4” and that’s enough – and much easier on the player. Some use square numbers, in which the cost for 1/2/3/4 units is 1/4/9/16 so the extra increment that you’re paying goes up with each purchase. What works for your game will depend a lot on other factors outside of the resource spending system.

Another option for changing cost is to have resource costs scale with factors involved in the gamestate. For instance making the cost of buying a unit is equal to the number of units you already have. This means that there will often be a best option, but it’s unlikely to always be the *same* best option and your players still have a chance to think and demonstrate their skill by identifying when that relationship changes.

This comes in two flavours, a loop mechanism in which purchasing the thing changes the next purchase (As in “cost = number of units”) and an external mechanism in which what you’ve done in the game influences the cost (As in “cost = number of units you’ve lost in battle”). Both can work, the first tends to have more direct benefits – most notably putting breaks on runaway leaders – but with the right context the second can add a new dimension to a game that distinguishes it from all others. 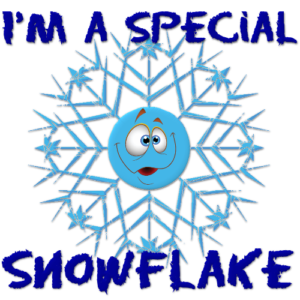 Another way to balance different ways of spending resources in different ways is to implement diminishing returns outside of the spending context. Let me break that down. Rather than changing the cost of something, you change how good it is to have more of them. The first one makes things a lot easier, but each extra one provides less and less benefit. So while players are always spending the same amount of (gold/gems/whatever) to get an extra one – the extent to which they benefit from an extra one goes down as they buy more.

Again how that can be done depends a lot on your game, but I feel like I’ve used that line too often and it’s not particularly helpful, so let me give you two examples:

In Prophecy one way to spend gold is on equipment that upgrades your character. This is typically a very efficient way to turn gold into power, but you are limited in how much equipment you can use. Your first weapon that grants +1 or +2 against a particular type of opponent increases your power by +1 (and sometimes +2). Your second weapon that does the same thing will only improve your strength against its particular type of opponent – since against anything else it’s a generic +1 and you could already get that by using the other weapon. So relative to your existing power level it offered an increase of +0 (and sometimes +1).

In Mage Wars one way to spend mana is on conjurations that grant a small amount of mana each turn. You can have several of these and if summoned early they typically pay for themselves. However you can only place one in each space and you need to stop your opponent from destroying them. As you summon more, the “one per space” rule obliges you to summon them closer and closer to areas where your opponent has strength and they’re more and more likely to be destroyed before they pay for themselves. The cost stays the same, but their usefulness diminishes.

So all in, we as designers have lots of different ways to balance the cost of things so that our multipurpose resources provide interesting decisions rather than foregone conclusions. If you’re finding that some aspect of your game is underused, pick one of the ones that you’ve not tried and give it a whirl – what’s the worst that can happen?