In most competitive games opponents start with broadly identical resources. In some games opponents start with slightly different resources, perhaps possessing a slightly different power or set of starting resources. In a few the difference in start point is very significant, perhaps the condition by which the players might win varies from player to play. Forget all of those games for now, I’d like to talk about games that throw symmetry out of the window entirely and put players in vastly different situations. 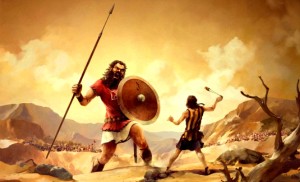 One of the things I most enjoy about asymmetrical games is the way in which playing each side of the game feels totally different, replaying from the other perspective refines and redefines what you learn in the first game, it’s almost like getting two games for the price of one. I’ve also talked about asymmetric difficulty as something that’s beneficial, but that a lot of players see as undesirable, so it scratches that itch too.

Looking over my shelf the genre with the most examples of this kind are stealth games. It’s inherently difficult to have two players hide their positions from each other while searching for each other – how do you work out if one of you has spotted the other if no person is allowed to know where you both are? It’s not an insurmountable problem, but the solutions I’ve seen have either been clunky or uninteresting to play.

On the other hand I played endless games of Scotland Yard as a child and Fury of Dracula still sees plenty of play. These also benefit from creating asymmetry by having one side operate as a team where the other player is an individual, which can have a fair impact on the feel of a game. Ninja comes at this from the other direction, recommending two stealthy people and one guard for the three player setup (which we’ve generally enjoyed the most) creating a situation where there’s some desire to confer with team mates but a pressing need for secrecy. 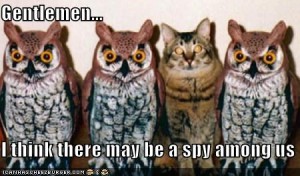 Speaking of spies, another genre that demands asymmetry is the traitor genre, this is an interesting twist on the formula since it requires apparent symmetry while offering completely different play experiences to the two halves of the game. I won’t get too far into discussing this sort of design, since I’ve discussed traitor games at length before, but it’s worth remembering that things aren’t always as they appear. Some games appear to offer wildly different positions that in reality are played in the same way and fundamentally feel like the same game. Others offer apparently very similar positions that feel very different to hold and offer a radically different gameplay experience. This is one of many reasons that the designer’s creed should be “playtest playtest playtest”, it doesn’t matter how things look on paper, the experiences that people have playing your games are what counts.

So how do you make an asymmetrical game successful? I’d say that there are three key factors: Balance, Difference and The Sheer Joy of the Thing.

Balance is straightforward enough, it’s not necessary for the positions to be exactly equal, if one wins two thirds of the time players seem to accept that (even relish the challenge of the more difficult side) but it’s important that one side not win every game. Otherwise the player’s actions feel entirely meaningless. Where a finer balance is desirable more testing than usual will be required and it will be necessary to give players the tools to adjust the balance themselves. Some groups are naturally better at certain types of tasks than others, while the sides might be balanced in some objective sense for a particular group of players they will still favour one side or the other. Both Fury and Ninja offer a series of optional rules to make things harder for one side or the other if players are finding one side to be unbalanced. 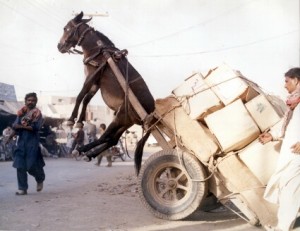 Difference is obvious, but necessary. The sides need to be different in a meaningful way such that playing them is experienced differently. This usually requires a difference in kind, rather than difference in magnitude – a game will play a little differently if (for instance) one player starts with more resources but must obtain a better final score – but it will be very different if the players can take fundamentally different actions. The difference in kind in stealth games is very pronounced, one player has dramatically more force and will win any straight up conflict where the other has dramatically more information and a greater capacity to mislead their opponent about the game state. The difference need not be so pronounced though, Thud achieves this sort of asymmetry by altering the size of the starting forces and how easily they can be maneuvered.

While finding a difference in kind that is interesting to explore can be challenging, the game won’t really get off the ground without it. The most common stumbling block for published games is The Sheer Joy of the Thing. It’s possible to create an asymmetrical game such that one side exists solely to make the game fun to play as the other side. All of the interesting decisions sit on one side of the divide whereas the players on the other side have a less enjoyable experience. While I hold that balance is not critical in terms of “Which side will win”, it is vitally important in terms of “Which side is fun to play.” I care about being landed with a position that’s boring far more than I care about being landed with long odds of success (Though if the odds get long enough it can become boring because the available actions feel meaningless in the absence of affecting the outcome).

So by all means play with asymmetric ideas, develop them and try to cram as many experiences into a box of cardboard as it will take – but for the love of all that is holy remember that people play games because they want to and that a game needs to offer it’s attractions to everyone playing, not just whoever gets the coolest role.