At the UK Games expo I picked up a copy of XCom, I’ve played games before that have used apps to enhance the experience, but I was curious to see how well the game held up with a mandatory one. Now I’ve enjoyed it a lot and think it does a load of really neat things, but in order to contextualise my love for it I feel the need to rant about how awful an idea app supported gaming is and how much I hate smart phones. 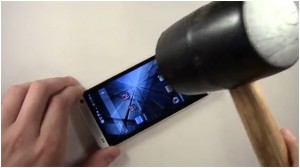 I hate smartphones so much, they’re like a worse version of everything. I can’t think of a single task that I can perform on a smartphone that I wouldn’t rather be performing on something else. Touch screens are an awful replacement for buttons and seem to inspire designers to do horrible things to UIs. The power drains out of the things over the space of a measly couple of days. Some idiot programmed them to do all sorts of things without the users consent, but unlike a PC you wind up googling the workaround in a window small enough to swallow whole. I miss my invincible nokia, that thing made phonecalls, lasted for over a week without me remember to charging it and I once left it underwater for two days and it was fine. It didn’t even die, the charger gave out before it did. Damn smartphones.

That felt good to get out of my system. With respect to XCom the technology certainly has its problems. The thing seems pretty power intensive and I can’t play two games in a row without charging in between and if you do lose power then the game state is unrecoverable. The app also doesn’t quite work properly for me and the main menu buttons don’t display. They’re there and they still work, I can start the game by hitting about the right spot on the screen, but I hope I never need to change any of the options.

Fundamentally every medium has problems. The smartphone rant was fun, but it could just have easily been a rant about board games. They don’t set themselves up and put themselves away properly, they take up loads of room, you wind up doing the same busy work that doesn’t really contribute towards game play over and over. They’re fundamentally meant to be played with other people, but if one of them spills a drink over it or licks the pieces or does whatever else gets into their head it’s ruined. Board games are awful. 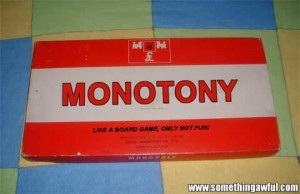 The reason that most things work is that the people making the best things have found ways to make the strengths of the medium outweigh its weaknesses. Whether we’re talking about games or apps or films or books the best examples are those that minimise the weakness of whatever they’re working with and deliver fantastic things where their strengths lie.

Any attempt to combine two very different types of media will often have the worst of both worlds. Apps do very badly without power. Board games do very well without power. An app supported board game does not average out and do okay without power – it fails just as totally as the app would. There’s an inherent disadvantage to combining these things that will guarantee that your game will be more frustrating and less reliable than it would be without the additional component.

While you get the worst of both worlds you don’t automatically get the best of both worlds. Board games have a physicality that digital games lack, digital games can do calculations that’d make a board game interminable – but unless your game is doing something specific to take advantage of those attributes they won’t make a meaningful difference to the experience. Even if they do, you really have to get something out of the strengths of the mediums that you’re working with synergising in some way to outweigh the inherent disadvantage of having combined the things. It’s a tall order. 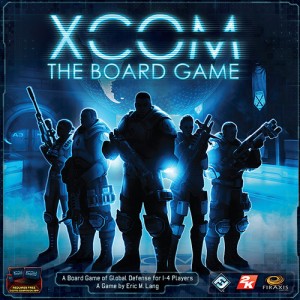 In a lot of ways I feel like XCom delivers on that promise. Having the app throw information at an individual who needs to distribute it to the group takes a weakness of the app (only one person can have the phone) and turns it into a strength of the game (immediacy of cooperative interactions with other human beings). Feeding a little information on the game state into the app uses its strengths to mitigate a weakness of the game (it can vary the alien’s attack pattern without making explicit to the players what that will mean in advance).

In a way it can also do that last thing better than any medium could do independently. A fully automated system is hard to trust, the challenge can seep out of a thing if you figure that there’s some sort of rubber banding in which the creator is always going to make you feel like you’ll lose and let you win. An un-automated system is much more predictable and requires a lot of overhead to run. This half way house manages to use one medium to avert the other, the app does a lot of crunching and randomisation but you feed it little enough data that you know it’s playing you fair.

It also allows the game to do things that other games have attempted but more successfully. I can’t remember the last time that I actually put on the mood music CD that comes with Last Night on Earth. I’m sure that it might add something, but it just never seems worth the extra overhead to set up the kit to put it on, I want to chainsaw some zombies now dammit. Having audio cues integrated into the app means that they can be used to enhance the game with no extra overhead. I’m not sure XCom uses this capacity to its fullest potential but it’s interesting to note that it’s present and to think about what could be done with it. 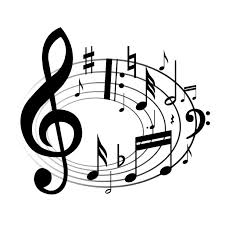 My intention here isn’t really to write a review (I’d have more to say about what I do and don’t like about it if so) but to illustrate how we can take best advantage of combining different sorts of media. This doesn’t have to be an app, it could be a cd as in Space Alert or if we’re feeling ancient a VHS like in Atmosfear (remember that!).

The important thing to bear in mind is firstly “Is there any way to avoid doing this?” since the extra requirements hurt the game and if the same thing could be accomplished in a different way it probably should be. The second is to ask “What are the strengths of these things and how can they support each other in a way that’s greater than the sum of their weaknesses.”