I don’t really shy away from any particular type of content in my game design, I like to stick to whatever the game feels like it needs. In 404 and Wizard’s Academy that didn’t produce anything particularly out of place. Thematically they’re both funnier than they are dark. There are hints of bad things in them, of course, but ultimately I’ve had more comments that the dead monkey token is “cute” than people complaining about the objectives like turn a human into pie and feed it to another human (colloquially: The Sweeney Todd objective). 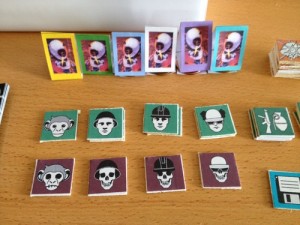 Escape the Nightmare was a different kettle of fish. Cards are flying between peoples hands in a fast and furious way, the game doesn’t slow down often and typically people don’t get a lot of time to admire the art. The game is about nightmares and it’s supposed to be difficult and stressful, because somewhere in that feeling is an adrenalin rush that most traditional games can’t access.

That game felt like it benefited from explicitly violent imagery, it’s not used excessively but it is used appropriately. The pictures for Delirium cards are slightly beautiful and slightly unsettling, but don’t really feel crude. The pictures for the mutilation cards are – well they’re everything that they should be in communicating the concept of “This card means that you are having a nightmare about being mutilated.”

Not everyone loved this, but generally it keyed into what the rest of the game was. Some of the playtests and convention games were spectacular, I understand that these artistic choices meant that some people could never like the game – but I’d rather make something that some people love than make something that everyone likes. It’s not the right choice in every context, but I’d stand by it being the right choice for that game.

Which brings us to my current project: Scandinavia and the World. What is the right thing to do here? 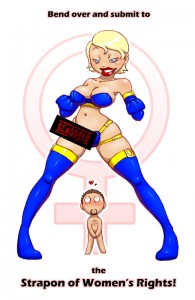 The comic itself doesn’t shy away from sexual content, but it’s certainly not the focus of the thing. Perhaps 5-10% of comics are about something sexual and maybe a third mention it. A lot of it is about the nature of friendship and relationships, it tends towards being cute and heart-warming.

It also tends to be informed by a lot of the goings on in the countries depicted. Finland’s (character) attraction to this encounter is in part down to Finland’s (real world) relatively exceptional record in selecting female leaders. Sweden (character) isn’t depicted in this context because the author holds Sweden (real world) as a bastion for women’s rights, but more because the characterisation of the country would be comfortable in expressed it in this way. This is a fairly trivial example and this particular single panel comic mostly just exists because the author was feeling silly and a serious conversation had been derailed into this – but the point is that it’s also part of the character of the webcomic to mirror some aspects of the world and to have a little something going on under the surface most of the time.

That leaves it in a very strange place from a game point of view. Some of our audience is going to be existing fans of the webcomic, sure, but a good portion of it will come from people who love games. It’s very important, from a design point of view, for a game to set expectations and then meet those expectations. 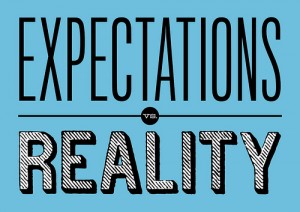 I wrote before about how I felt that one of the things that really helped Twilight Struggle top the BGG rankings was that it did an excellent job of managing expectations. The majority of people playing it knew exactly what they were in for, so it lead to very few disappointed players and a great many delighted players. Obviously it needed to be a fantastic game as well, in a whole host of different ways, but in the years since I first made the observation I’ve not really changed my mind.

Of course Twilight Struggle is no longer in the #1 spot, now we have Pandemic Legacy. I’m halfway through playing it myself and having a fantastic time – but it excels in exactly the same way. It set an expectation, based on my previous experience of Pandemic and Risk: Legacy and then met and exceeded that expectation. It’s at least as Pandemic as Pandemic is and I’d argue more Legacy than Risk: Legacy ever was. How it’s done with expectations is not it’s only strength, it does fantastically in this regard and I feel that it’s significant that it does.

I’m generally in favour of games being loved and I think that they’re more likely to manage that goal when they encourage people to play them who are most likely to love that sort of game. I can think of experiences where I felt I’d been “tricked” by a game that implied it was one thing on the box but was an entirely different sort of experience once we started playing it. I don’t really want to give people that experience, I want to create something that is great for some number of people and then have it project – to those people specifically – that they will enjoy it. Which I guess is where I’m running into the trouble. 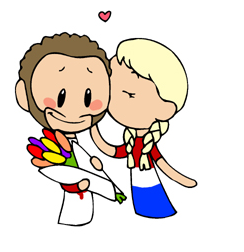 Conversely I’d feel like I was letting the game down to put this stuff front and centre. Almost every game that tries to sell itself in a ‘sex sells’ kind of way is universally terrible. Even when they’re not, they tend to be gratuitous and ultimately wind up being worse games for engaging with the theme than they otherwise could be. Wench comes to mind as an example of a fun game that could’ve been genuinely great if it’d had a different theme.

On the other hand I really like the webcomic, I want to do right by the fans – which includes me – and not feel like I’m watering it down. I think it’s great to be able to tackle topics like American’s shooting down Danish planes or the Nagasaki disaster or the allegations against Assange and all of that stuff in a way that’s light-hearted rather than oppressive. I like living in a world that can talk about changing fruit import levels in Scandinavia and reaffirm the normality of healthy homosexual relationships (in this case between a country and a semi-autonomous set of islands from another country) through the medium of a dick joke. That’s kinda great. 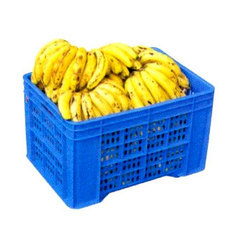 So there are options here.

One option is simply to go with a game that doesn’t care. I’ve got several versions in playtesting at the moment and haven’t yet made a final decision. In some of them the subject simply doesn’t come up, because it doesn’t suit that iteration of the game. Like I said at the start of the post, I try to make the decision that suits the game and there are a lot of potential games in this space so I can dodge the issue entirely by choosing a version that doesn’t run into it. That seems like a poor approach though, since I’d very much prefer to make the decision based on which is the best game that’s getting the most positive response from playtesters and (ultimately) creating the most joy.

Another is to have whatever game I make utterly own what it is. In EtN I put the most gruesome image above the fold on the Kickstater, not because it was particularly representative, but because doing so felt like it guaranteed that nobody who’d be really upset would back the game. I don’t think it particularly hurt that game, but here I worry that it would since it might have implications about the nature of the game that wouldn’t be true.

Some games get away with including content that could be upsetting, but making players generate it themselves. I think that a lot of people would feel quite differently about something like Dead of Winter if it explicitly depicted what it would be like to go through a breakdown following beating a bunch of what look like children to death. However there’s no graphic image or detailed description, the words on the card say less than the reader’s mind will (depending on the nature of the reader, I suppose). I have the option to title a card something like “Sweden’s Toy” and have the art be a little ambiguous, such that a person only sees what they make up for themselves. Though that approach would rule out a certain amount of using quotes from the comic as flavour text, which I think is at least a little desirable.

I don’t think that there’s a single right answer here and perhaps it’s a bit soon for me to be worrying about it. The best answer will probably depend on the game being made and that’ll depend on which one has the best gameplay after some more development. I hope that you’ve found it interesting to share some time thinking about the place of adult content in board games and how to handle it – I think that it does have a place. I strongly feel that a board game should be able to manage any subject matter that a film or book can – but getting the balance just right is a little trickier. 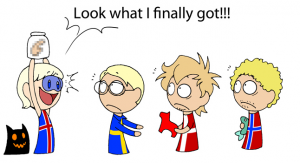 After all, your players are going to have to look each other in the eye while playing it.