Last night I was playing Viticulture at Curry and Games and experienced a disappointing opening to the game. My starting card allowed me to trade all of my starting money for a single victory point, utterly worthless until the end game. As the game has a hand limit I was forced to either play at a disadvantage by holding onto it and having an effectively smaller limit for most of the game or to play at a disadvantage by ditching it and effectively not having a starting visitor card. 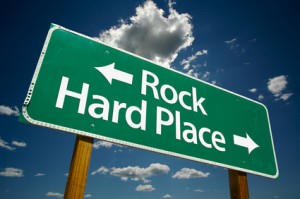 Realistically this isn’t a huge disadvantage, but it got me thinking about the complexity in card games issues that we discussed last week. It’s an example of situations in which the context in which a card becomes available dramatically changes its utility, so even if a deck of event cards are balanced *on average* a player can have their position significantly shifted by luck of the draw.

I find this pretty noticeable in Twilight Imperium, where the action deck producing just the right card at just the wrong moment it can utterly shift the flow of a game. Certain action cards can provide huge bonuses in the early stages of the game that can create a run away advantage that lasts until the closing moves.

In both of these advantages the decks of action cards are not even critical to the primary flow of the game. One can easily imagine either of these games with the event card deck entirely removed, there is no mechanic that can be accessed solely through these decks of cards, nor is there a mechanic that requires the cards to exist in order to function properly. One might reasonably ask “Why are they there?” 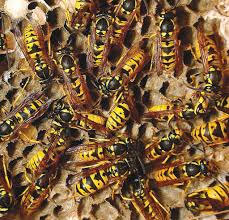 In some cases an element of randomness is desirable, I read a recent review that described a game as having “Just enough randomness to stop the best strategist in the group curb stomping us again”, though this is perhaps not such a popular opinion among most gaming circles.

The main edge these cards give a game seems to me to be to add variety. Without them players might approach each game in the same way, but the addition of some sort of action card that allows an unusual action or that powers up an existing action encourages players to try new things. While a player might hold that throwing everything into expanding rapidly is advantageous overall, the possibility that they might have a card that let’s them skip a perquisite on the tech tree could encourage them to try a totally different approach this time around. Re-experiencing a game taking several different approaches is highly enjoyable, it’s good for games to encourage this behaviour over finding a favourite strategy and sticking to it.

They also permit an element of bluffing, which can add an extra dimension to a game. Often most of the pieces of a game are face up, while a player’s hand remains hidden. Sometimes an assault can be stopped in it’s track with a carefully phrased “You don’t want to do that or I’ll play THIS on you” while stroking a useless card. Or the inverse, such as asking how many resources people have of each type in Settlers before playing a monopoly card. 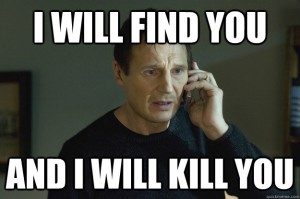 While it’s tempting to palm this off into being another choice in game design in which designers need to balance different needs of the game and decide what works best, I feel that this is one area where you can have your cake and eat it. Mmm cake. There are plenty of ways to mitigate the contextual randomness of these decks while retaining their good aspects, the most common ones being “choose one” “choose one” and “choose one”.

In choose one a card has several effects and allows the player to choose one. This makes the card valuable in most contexts and so makes it less likely to be something that radically alters power depending on the luck of the draw. Viticulture does this a few times, for instance in a card that allows a player to plant or uproot a vine depending on their present needs.

In choose one, a player gets the choice between several cards. This means that players are more likely to get cards of equivalent value (as they each pick something pertinent to their current needs) and means that draws are more often meaningful to the outcome of the game. Race for the Galaxy makes particular use of this in the explore action, going so far as to have players previous decisions impact whether they get a wider choice or more cards.

In choose one, cards require the player to discard other cards, allowing them to play cards that are meaningful in the current context while mitigating any negative impact on their game from cards that would otherwise not be useful. This is particularly valuable as it makes players feel good about the game and the decision to discard a bad card usefully feels as positive as the decision to play a good card well, meaning that most players enjoy the game more as a whole. Both Viticulture and Race for the Galaxy demonstrate this property, the former through specific cards and the latter as a core mechanic.

Sid Meier famously said that games are a sequence of interesting decisions, I hold that to be an important philosophy in general, but it seems especially important in the case of action cards or event decks. If your idea contains a small pile of cardboard game changers, think about ways to let players meaningfully make decisions about how and when they come up and your game will be much more rewarding for it.